As the battle between Lewis Hamilton and Max Verstappen intensifies, Ralf Schumacher believes that Hamilton could make some costly mistakes from having to push to the limit. 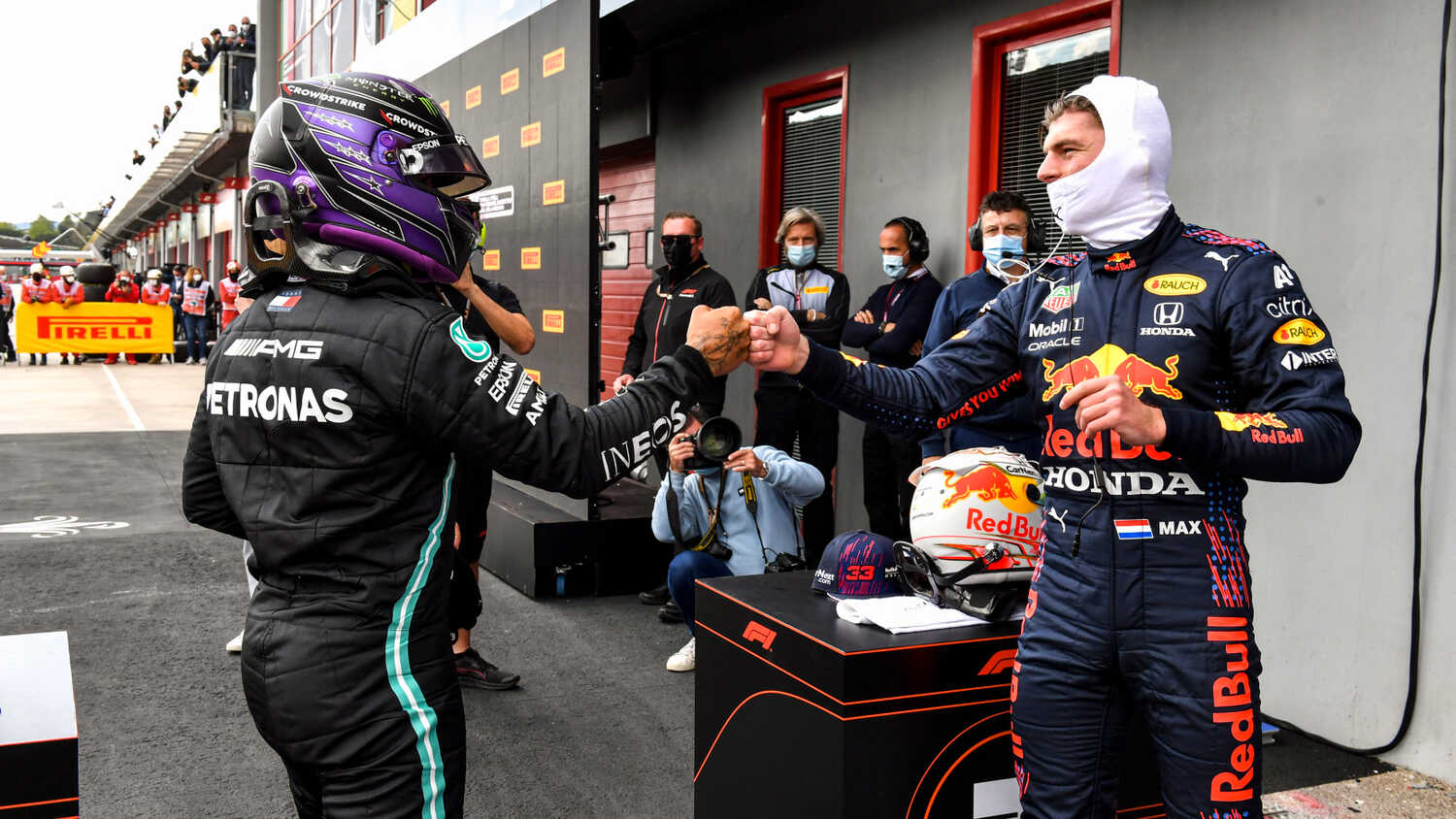 Ralf Schumacher believes that Lewis Hamilton could be forced into errors as the pressure in his battle with Max Verstappen builds.

The Mercedes driver is just one point ahead of Verstappen in the drivers' standings and, with another 21 races to go in the extensive 2021 season, Schumacher has warned that Hamilton is at risk of pushing too much in trying to match his rival.

"He has to go more to the limit now to even keep up with Verstappen," Schumacher told Sky Sports. "When I push the limit more, mistakes happen."

Hamilton was seen to make a rare error during the Emilia Romagna Grand Prix when his car slid off the track, damaging his front wing in the process.

Fortunately for the Briton, the timing of a red flag and subsequent race restart meant that he was able to work his way back through the field and finish in second place behind Verstappen.

Meanwhile the first Grand Prix of the season in Bahrain went in Hamilton's favour, with the seven-times world champion winning ahead of Verstappen after a close battle in the final laps.

Whilst Red Bull have appeared to have the advantage so far, Schumacher believes that the third event of the calendar at Portugal's Algarve International Circuit could favour Mercedes.

"It's going to be close between Lewis and Max again," the former Formula 1 driver said. "However, I see the Mercedes almost stronger than the Red Bull at this circuit."

Schumacher is predicting that the race could be challenging for the drivers. One team he expects to see perform well at the circuit though is McLaren.

"We saw it last year that it is a difficult circuit. It's new, but it's very fast. There are many sections that you can't see at all. That's why there is room for many mistakes. If a car doesn't work, of course, it's tough for the driver.

"I see McLaren very far ahead again. Tracks like this suit them. They were damn strong at Imola - at least Lando Norris was."