The Russian driver's erratic late attempt to keep Mick Schumacher behind him in Baku didn't know unnoticed. One such critic is Schumacher's own uncle - who has called for punishments to be dished out in the wake of the incident. 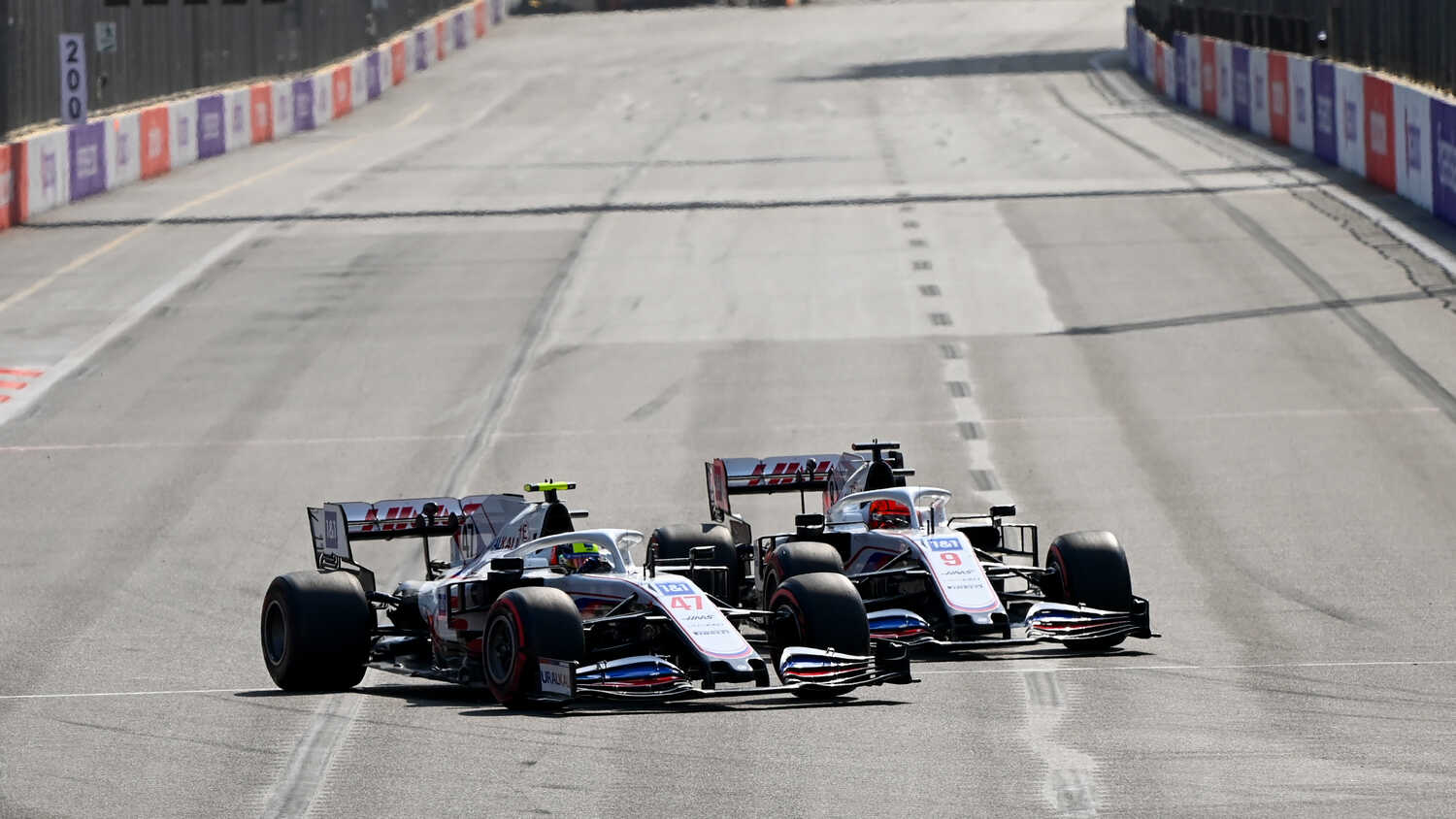 Ralf Schumacher has blasted Haas driver Nikita Mazepin for what the pundit deemed to be an unacceptable late defensive move.

The Russian was defending from Ralf's own nephew, Mick Schumacher, on the final lap of F1 Azerbaijan GP - with the Haas pair fighting for P13. Schumacher moved to the right in an attempt to complete the overtake, but Mazepin jinked at the very last second, spooking his teammate in the process.

"Mick [Schumacher] drove really hard and was sometimes one and a half laps in front of his teammate," Ralf Schumacher wrote in his Sky Sports Deutschland column.

"However, this twitch of Mazepin during overtaking maneuvers is not possible at all. We are talking about speeds of over 300 kilometers per hour.

"Such a thing is life-threatening. If you ride bike to bike, you can also go flying quickly. You can imagine what happens when 750 kilograms fly."

Schumacher, who drove for the likes of Jordan, Williams and Toyota during his time in F1, believes that some sort of punishment should be in order for Mazepin.

This isn't the only time that the young Russian's hard racing has been called into question, as just last month Sergio Perez lambasted him for not adhering to blue flags.

"In my opinion, Mazepin should be severely punished. He shrugged back, but you have to imagine what is happening in the car," Schumacher continued.

"Mazepin is a great young man outside the cockpit. When you talk to him, he is extremely polite. But in the race, that starts with the lapping of cars, where he is often in the way, he urgently needs to catch up.

"I find this dangerous and unacceptable. For me, this is a clear punishment. No such thing must be allowed, this twitch at 350 kilometers per hour. That's not possible at all."