Ralf Schumacher: Bottas must ask himself why he had to fight off a Williams

The debate over the Valtteri Bottas and George Russell incidient at Imola continues, with Ralf Schumacher arguing that Bottas could find himself on the sidelines if his form doesn't improve. 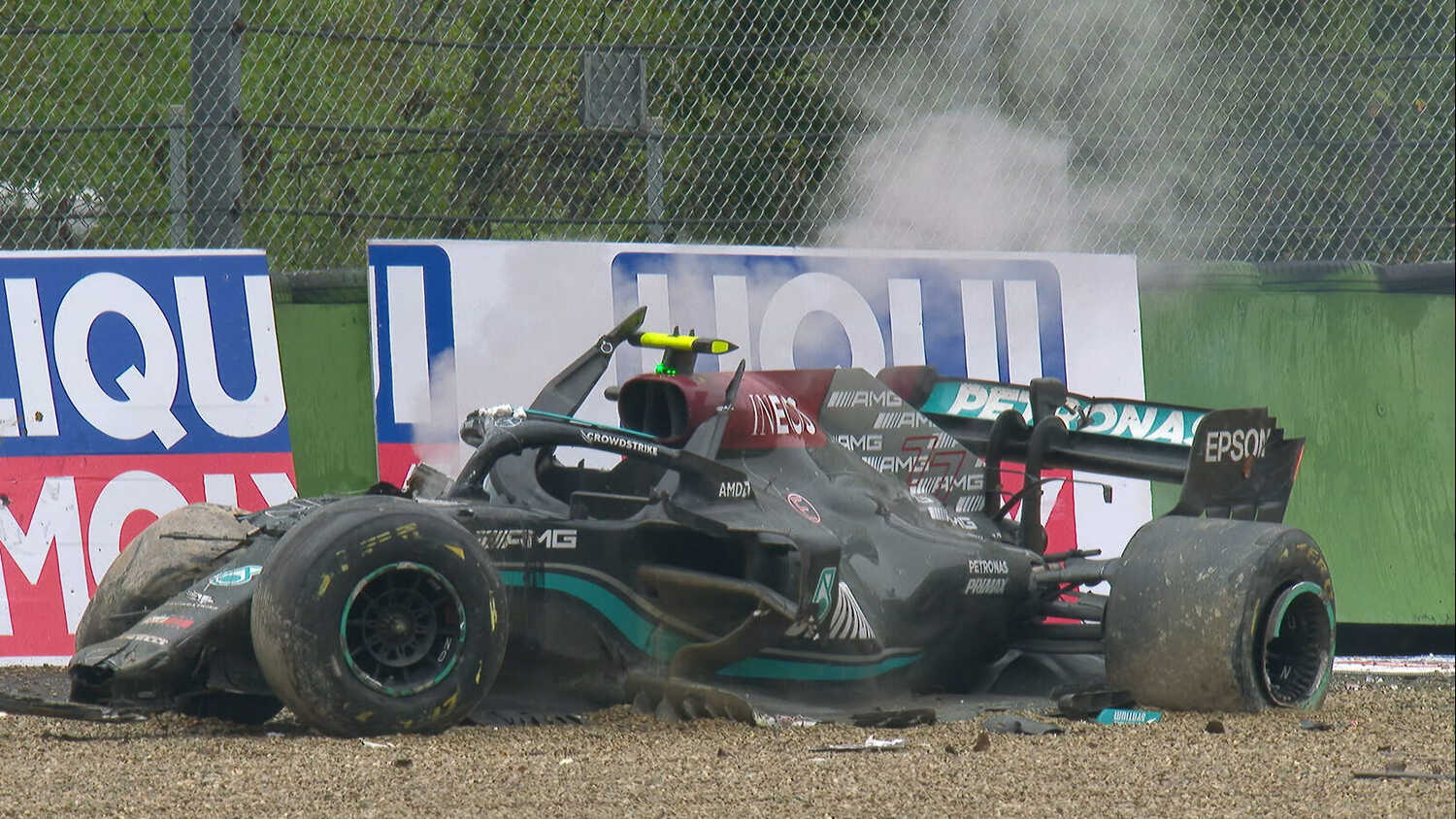 Ralf Schumacher believes that Valtteri Bottas has to question why he was battling in the midfield following his controversial crash with George Russell at the Emilia Romagna Grand Prix.

The Finn collided with the Williams of Russell whilst fighting for P9 midway through the race in a huge incident that put both cars out of the event as well as bringing out the red flags. Whilst Russell has since apologised for his initial anger towards Bottas after the crash, Schumacher thinks that Bottas - whose teammate Lewis Hamilton finished in second - should not have been battling so far down the field in the first place.

"Bottas is not a left-handed driver and at over 300 km/h he certainly doesn't play games," Schumacher told Sky Sports. "But he certainly didn't want to let Russell pass like that either. And I didn't like his attitude in the interviews afterwards either.

"In general, he must ask himself why he had to fight off a Williams deep in midfield. So often he has driven at a similar level to Hamilton, but at the moment he is miles away from that.

"At Mercedes they try to explain it with a lack of grip on Bottas' rear axle - for me the whole Valtteri Bottas package is lacking grip at the moment. There has to be more to come, otherwise he'll quickly drive himself into the sidelines."

When it comes to who was to blame for the incident, Schumacher believes that both drivers are at fault.

"Neither of them is blameless," the German said. "Of course, it was very ambitious of George to overtake a Mercedes at this point with his Williams.

"It was a big risk, but Valtteri simply had to expect that someone would come along. Russell was behind him - he knew that - and with the DRS open - he can't just jerk over like that, because the track is too narrow for two cars.

"Bottas was startled and pulled back again, but it was already too late. Russell had reacted to his twitch, swerved to the right, came onto the wet grass, spun to the left and cleared Bottas with him."

One thing that Schumacher will praise after the crash though is the role that the Halo device played in keeping the drivers safe.

"Somehow we have all become accustomed to safe Formula 1 - and yet you have to be grateful every time two drivers climb out of their wrecks after such a crash, shocked but well and on their own. Halo played a good role again, Russell's left front tyre came dangerously close to Bottas' head."