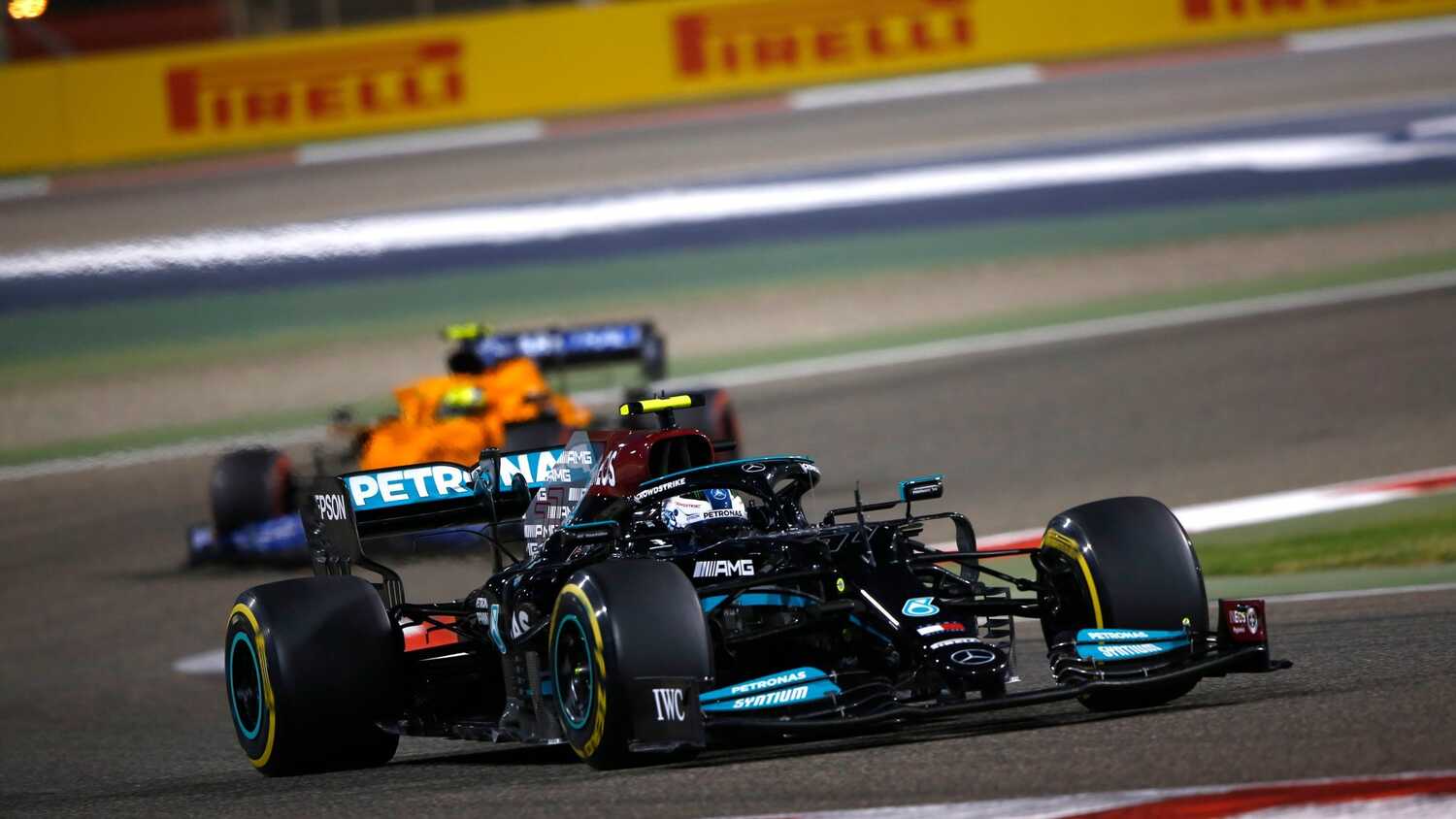 Marc Priestley, the former F1 mechanic turned pundit and broadcaster, believes Mercedes will regret keeping Valtteri Bottas in his seat before the end of this season.

Priestley reckons the battle between Red Bull and Mercedes will heat up, and Bottas won't be able to deal with Sergio Perez if the Mexican finds his feet quickly.

“Personally, yeah, I think they will,” Priestley said in a livestream on his YouTube channel, in responce to the question about whether Merc could regret the choice to keep the Finn on.

“They will regret it if Perez is a stronger competitor than Bottas and this becomes a four-way fight or a two-team fight.

“Mercedes has always had the upper hand because they’ve had the two fastest cars on the grid.

“If that is no longer the case, if the Red Bull is faster or there and thereabouts in the mix, and Perez is up there with Verstappen, Mercedes will regret not having a second driver who is as quick as the guys right at the front.

“You could have got that with George Russell.”

Mercedes opted to keep Valterri Bottas on for 2021 on another one-year deal, rather than promote George Russell from Williams after his stellar showing at the Sakhir Grand Prix as Lewis Hamilton's replacement.

Priestley explained that the dynamic of bringing Russell in could have been damaging to the harmonious Mercedes atmosphere that keeps Lewis Hamilton happy.

“The challenge of course with Russell is that he has massive aspirations to become a World Champion, he believes in himself and is looking at a career beyond Lewis Hamilton where he thinks he can be the next great British driver, and he doesn’t want to be held back,” Priestley explained.

“He is one of those kids, like Hamilton was when he came into the sport, who believes he is good enough and wants to show it.

“When you get that intra-team battle between a Russell and a Hamilton for a championship that’s when the problems start coming in, just like the problems we had at McLaren with Alonso and Hamilton.

“When the one guy in the way of your championship is on the other side of the garage, wearing the same team kit as you, that is where the most difficult and challenging dynamic comes into play.

“And that’s what Mercedes were trying to avoid by keeping hold of Bottas.

“I think Sergio Perez will be more of a threat in this inter-team battle than Valtteri Bottas will be on the other side of that divide,” Priestley said.

“Valtteri looked a bit lacklustre and we know he can have some great performances, that he’s got speed if he gets it in the right zone, but he didn’t do that this weekend.

“I know Perez is still learning but the fight that he showed, the race craft, the determination, is something Red Bull will be really, really pleased to have on their side.”