The third round of the 2021 Formula 1 championship begins at 15:00 UK time, with the F1 Portuguese Grand Prix. Clouds are set to fill the sky on Friday and Saturday, but will the rain stay away for the entirety of the race weekend? 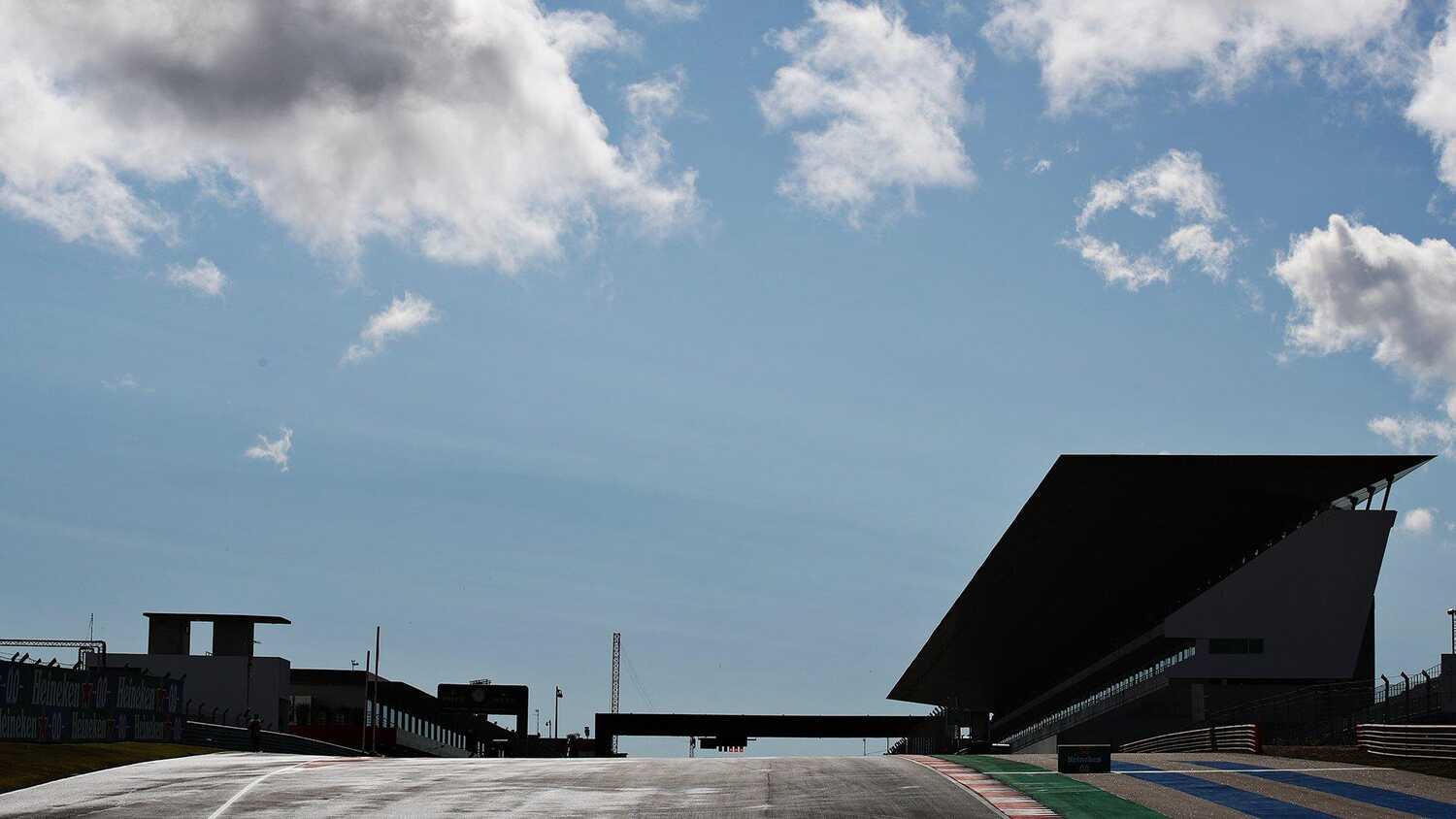 Overall, we should be set for a fairly settled Grand Prix weekend in Portugal in terms of weather conditions. In what is just the second F1 race at the Portimao circuit, Max Verstappen and Lewis Hamilton will renew hostilities after both drivers took wins in the opening two races.

Last year's contest saw Hamilton emerge victorious, but with Red Bull arriving in Portugal with a much more complete package this time around, can Verstappen capitalise on the dry conditions to take the 12th win of his career?

While it is set to be cloudy for much of the weekend, rain isn't looking especially likely, something that many of the F1 teams will be relieved to hear after the chaos at Imola a fortnight ago.

Warmer temperatures have generally benefitted Red Bull so far, who looked mightily impressive in Bahrain. By contrast, Lewis Hamilton's Mercedes fired into life during changeable conditions at Imola, where the Brit spectacularly recovered from an off-track excursion to finish in second place.

The best day in terms of sunshine should be race day, where high temperatures in the late afternoon could hand an early advantage to Red Bull.

Both free practice sessions will be dry with regular spells of sunshine. However, the second session, which takes place in the afternoon, should produce much warmer track temperatures - as the sun slowly warms the tarmac.

With a late afternoon start, the second session on Friday will therefore provide drivers with the most comparable conditions to what they will experience during the race itself.

Expect teams to use this time to run an array of race simulations, especially if it stays dry for the entire hour (there is currently a 20% chance of showers).

According to the forecast, Saturday's qualifying session should be similar to that of Friday practice in terms of track conditions. While there could be less cloud on Saturday, temperatures remain stable and warm, with potential highs of 18 degrees.

Formula1.com is rather boldly claiming that there is a 0% chance of rain on Saturday, but temperatures could cool as the day goes on, with a northwest wind bringing in a cooler air mass.

The race on Sunday is due to take place under fairly sunny conditions after two days of cloudy intervals. Precipitation is not expected, as the temperatures rise to a weekend high of 19 degrees.

There may also be a moderate northwest wind, but nothing that should be too concerning to the world-class drivers on track, who had to contend with far worse at the very exposed Bahrain International circuit.

With race day expected to be the warmest the drivers and teams will experience in Portugal, it's worth looking at who stands to benefit. As was previously mentioned, Red Bull look like the team to beat when the track warms up, while the Mercedes does an excellent job of nursing its tyres when temperatures plummet.

The same can be said of McLaren, as in the cooler climes of Imola, Lando Norris was in contention for Pole Position on Saturday.

Last year's race start at Portimao was somewhat chaotic after a brief shower caught out both Mercedes cars; but once the surface began to dry up, Hamilton stretched out a sizeable advantage to take a dominant win. He isn't expected to have such an easy time of things this year, however. 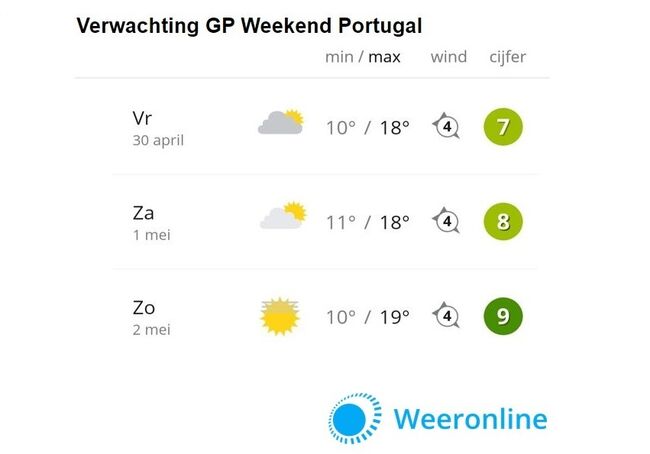