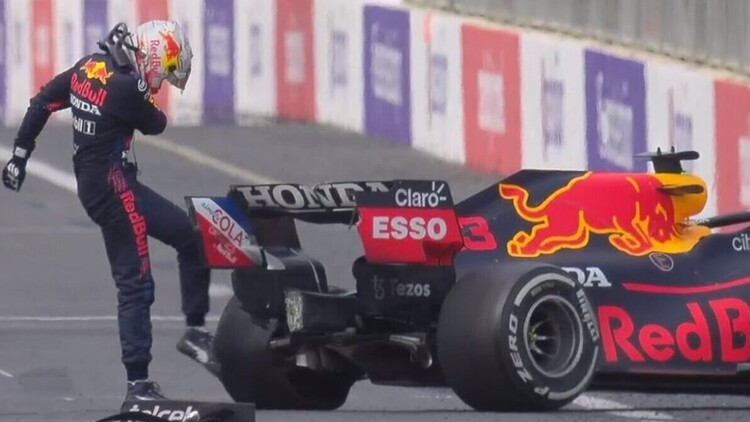 Pirelli boss Mario Isola has stated that Red Bull and Aston Martin did not break any regulations but believes that both teams were running outside Pirelli's parameters at the Azerbaijan GP.

Max Verstappen and Lance Stroll both suffered left-rear tyre blowouts in Baku which has prompted new tyre rules for this weekend's French GP and for the rest of the season. Speaking to media ahead of the weekend, Isola explained that while the running conditions of the tyres appeared to be outside of their own parameters, the teams had not broken any rules.

"I cannot say that they were doing something against the regulations in their search of more performance, because if they respect the starting pressure at the moment that they are complying within the regulations," Isola told RacingNews365.com and other select members of the press.

"If the same happens next year, when we will have a sensor and impose a running pressure, in that case they are against the regulation. But this is not the case this year.

Both Red Bull and Aston Martin have denied running their tyres outside of Pirelli's recommended guidelines, with both teams issuing statements in the days prior to the French Grand Prix.

"How do they achieve that? You should ask them. What is important for me is that we operate the tyres in the right in the right way."

"The teams are looking for performance. They are good guys and they have technical departments that are very, very good in trying to find any solution to get performance."