Some late rain in Q3 ultimately derailed Sergio Perez's push for pole position in the United States, but the Mexican was nonetheless pleased with the job done by Red Bull on Saturday. 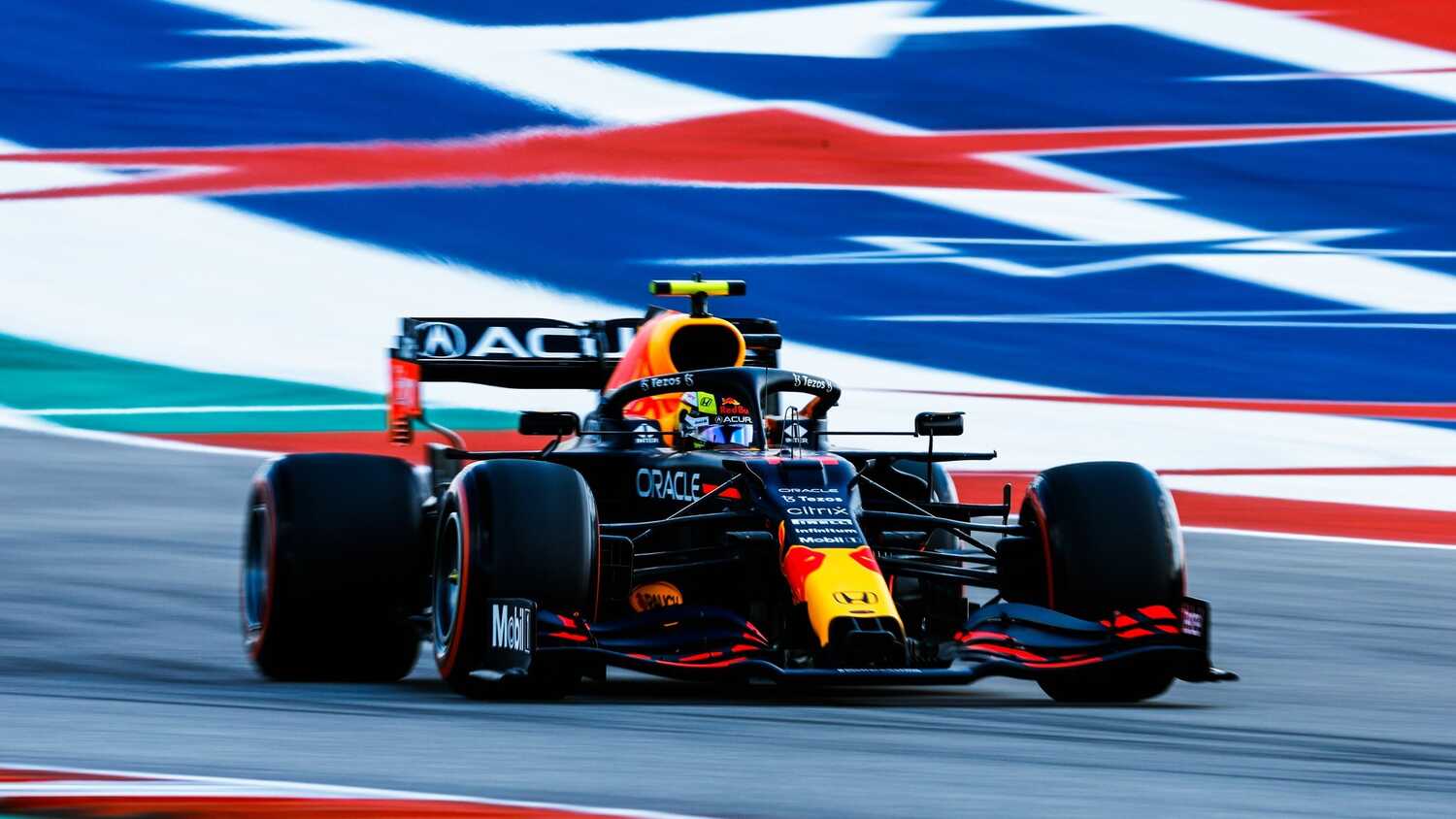 Sergio Perez praised the job done by Red Bull in qualifying as both cars will start Sunday's United States Grand Prix in the top three, though the Mexican rued the fact that rain prevented him from taking top spot.

Max Verstappen claimed his ninth pole position of the season at the Circuit of the Americas thanks to a sensational effort on his last lap in qualifying, while Perez had to settle for the third-fastest time.

Some late rain derailed Perez's bid for pole, but he was still pleased with how things played out for the team.

"We were really close on that final lap," Perez said after the session. "I think we did a great job as a team.

"Unfortunately, my final attempt wasn't as good throughout the lap.

"I improved through the first sector quite a bit and I wasn't able to just keep it progressively. I think the rain hit me a bit too hard in the final sector. There were spots of rain and I lost a bit of grip in two corners, and I could just see my delta going off."

As for Sunday's race, Perez is looking forward to it as he believes tyre degradation will make it a long afternoon.

"I think tomorrow is a very long race," Perez added. "The qualifying position isn't too relevant, tomorrow we're gonna have a very long race. There will be a lot of degradation on these tyres, and I'm looking forward to it."