Perez lays out his goal for Turkish GP

Sergio Perez has spent some more time in the simulator ahead of the Turkish GP as he looks for his third podium of the season. 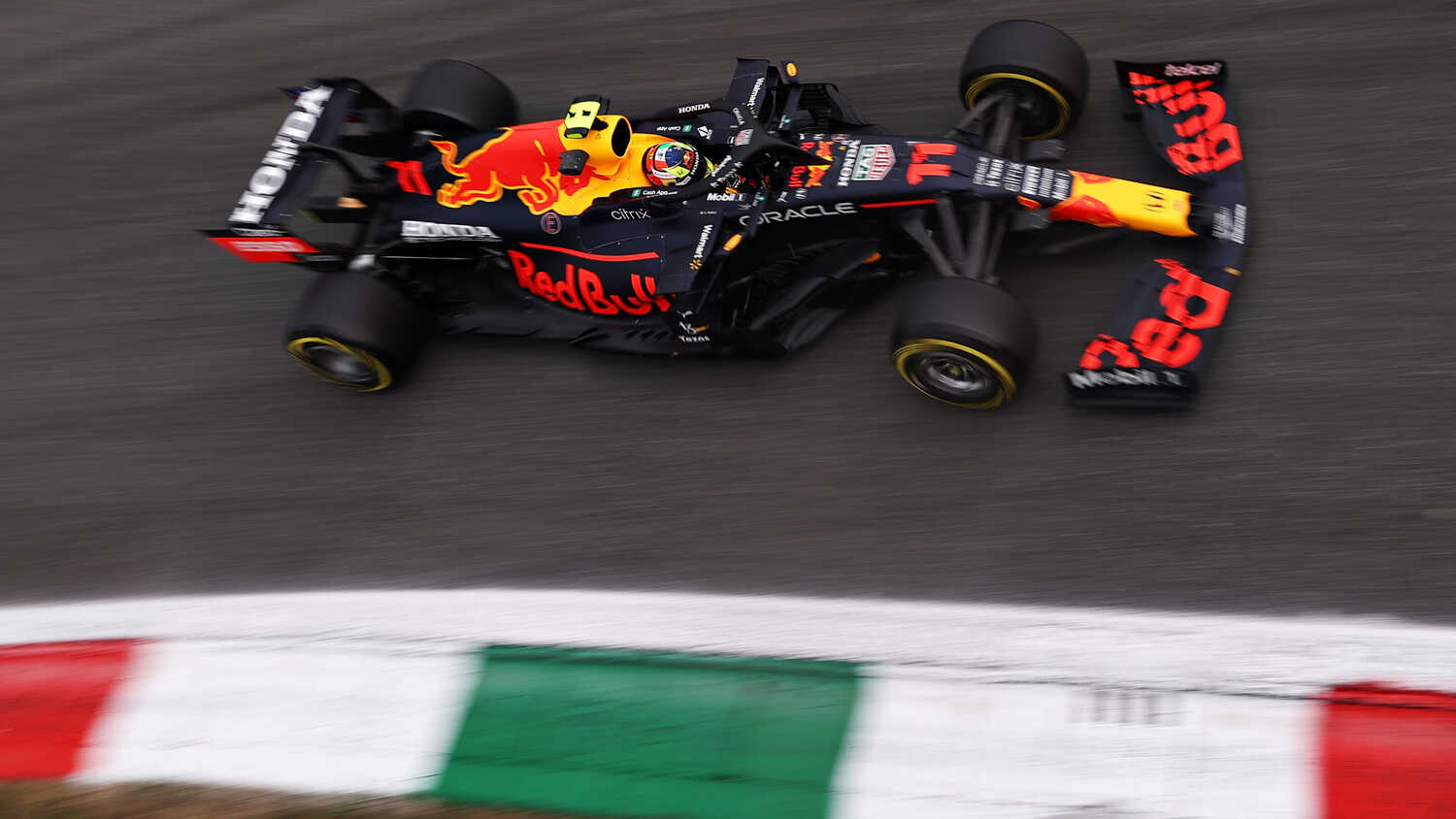 Sergio Perez is aiming for a top-three finish at this weekend's Turkish Grand Prix after missing out on the podium last time out in Russia.

The Mexican qualified eighth in Sochi and looked set for a podium finish before the rain fell with just five laps left.

Unfortunately for Perez, the late shower meant he had to settle for P9, but he's set his sights on the top three at Istanbul Park after putting in some more work in the simulator.

"Yes, we did a lot of work after Russia to analyse what went wrong and what went right and where we can look to improve," he said in Red Bull's official preview for the weekend.

"I have spent some more time on the sim ahead of Turkey, too, so we have done some pretty intense homework for this weekend.

"I am looking forward to the last seven races now and I am sure our luck will turn. We are performing well on track, but now we must show that with our results on a Sunday. I want to be back on the podium this weekend."

This weekend was originally slated to be the Japanese Grand Prix, however it got cancelled for the second year running due to the COVID-19 pandemic. As a result, Red Bull and AlphaTauri will pay tribute to Honda by running special liveries in Turkey.

While Perez regrets missing out on a trip to Suzuka in what is Honda's final season in F1, he's happy to have worked with the Japanese marque.

"I am very sad to not be racing in Japan this weekend, it was going to be something very special to race there with a Honda engine. But instead we will be aiming to deliver the fans watching back in Japan a great result this weekend, in their honour," Perez added.

"I am very impressed with Honda and I am very proud to be part of such a historic brand. I love the Japanese culture and the way the team works at Honda. As soon as you speak to someone there, they immediately go to work on your ideas. They are an inspiring organisation to work with."