The Mexican will line up on the front row of the grid tomorrow with a set of used softs tyres. Historically, this would limit a driver's strategy options, but Perez claims he is right in the mix for the race win at Imola. 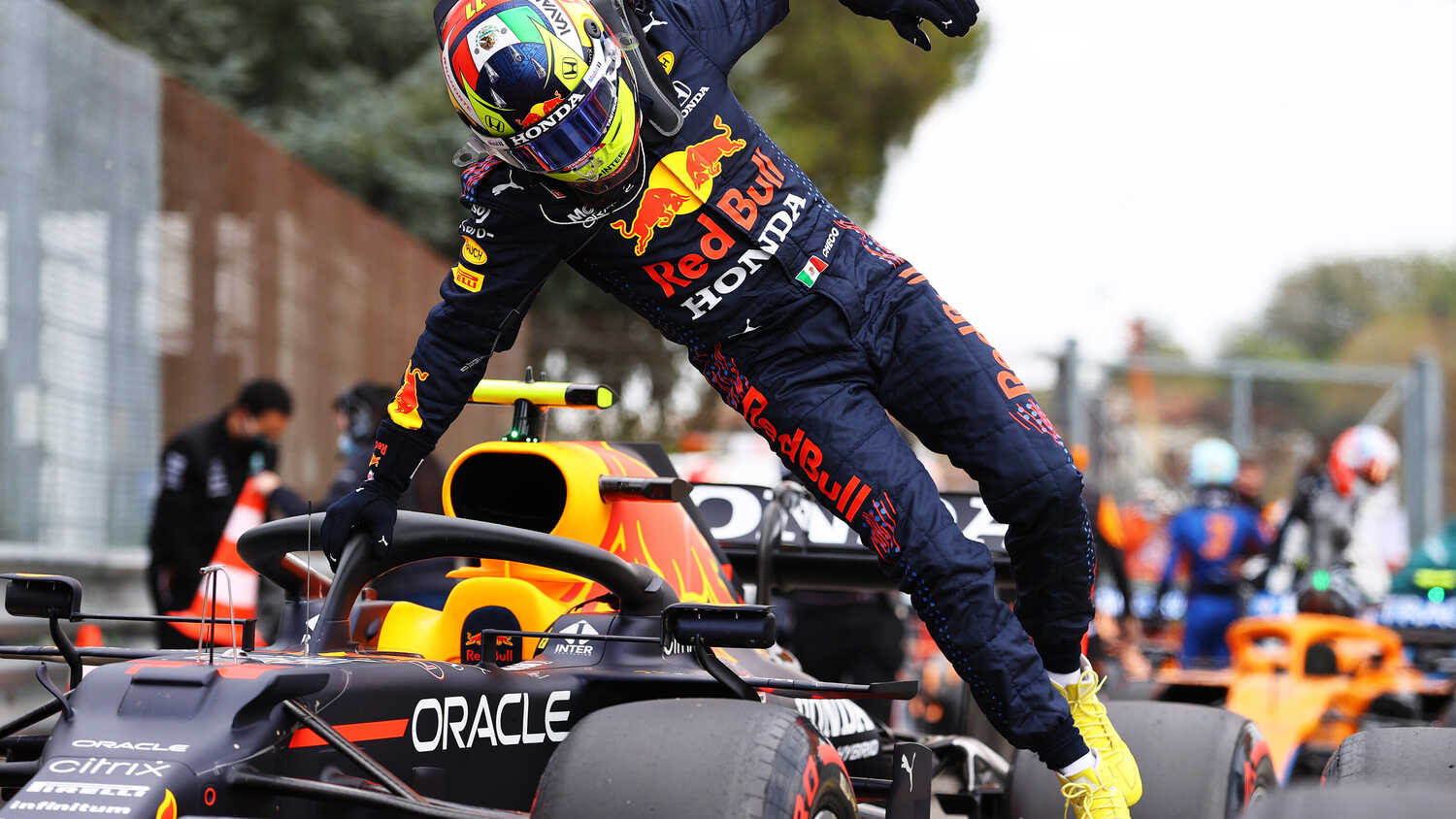 Sergio Perez has claimed that starting on the soft tyres for tomorrow's Emilia Romagna Grand Prix won't be as much of a strategic disadvantage as many are anticipating.

The 31-year-old decided to use the softer compound in Q2, while teammate Max Verstappen and Mercedes driver Lewis Hamilton managed to reach Q3 on the mediums.

In recent years, such a move from Perez would have been seen as a hindrance heading into a Grand Prix, but the Red Bull driver believes such conventional wisdom doesn't apply this weekend at Imola.

“Normally starting on the soft is probably not as good, but here it’s an offset strategy and is not much worse than starting on the medium," Perez told selected members of the media, including RacingNews365.

“With two cars, we know that it’s always an advantage and then offset strategies gives them another shot.”

We felt as a team that the soft is nowhere near what it was last year, so it’s a good race tyre. And it was very important and crucial for me to get that learning, that consistency and that progression."

Last time out in Bahrain, Perez opted to use the medium compound in Q2 and subsequently qualified outside of the top 10.

Blessed with a good grid position this time around, and with tyre degradation expected to be a lot less punishing at Imola, the Mexican believes it is very much game on between Mercedes and Red Bull.

“Last time, I missed Q3 and really getting those laps, getting in that mood with the car is very important for me to be able to put it [right] when it matters," Perez elaborated.

“I needed this clean qualifying, whether or not it is the right or wrong strategy I think it’s not much between them. So, we are definitely in the game.”