Red Bull's Sergio Perez believes he can be a title challenger in 2022, after spending a year learning alongside Max Verstappen. 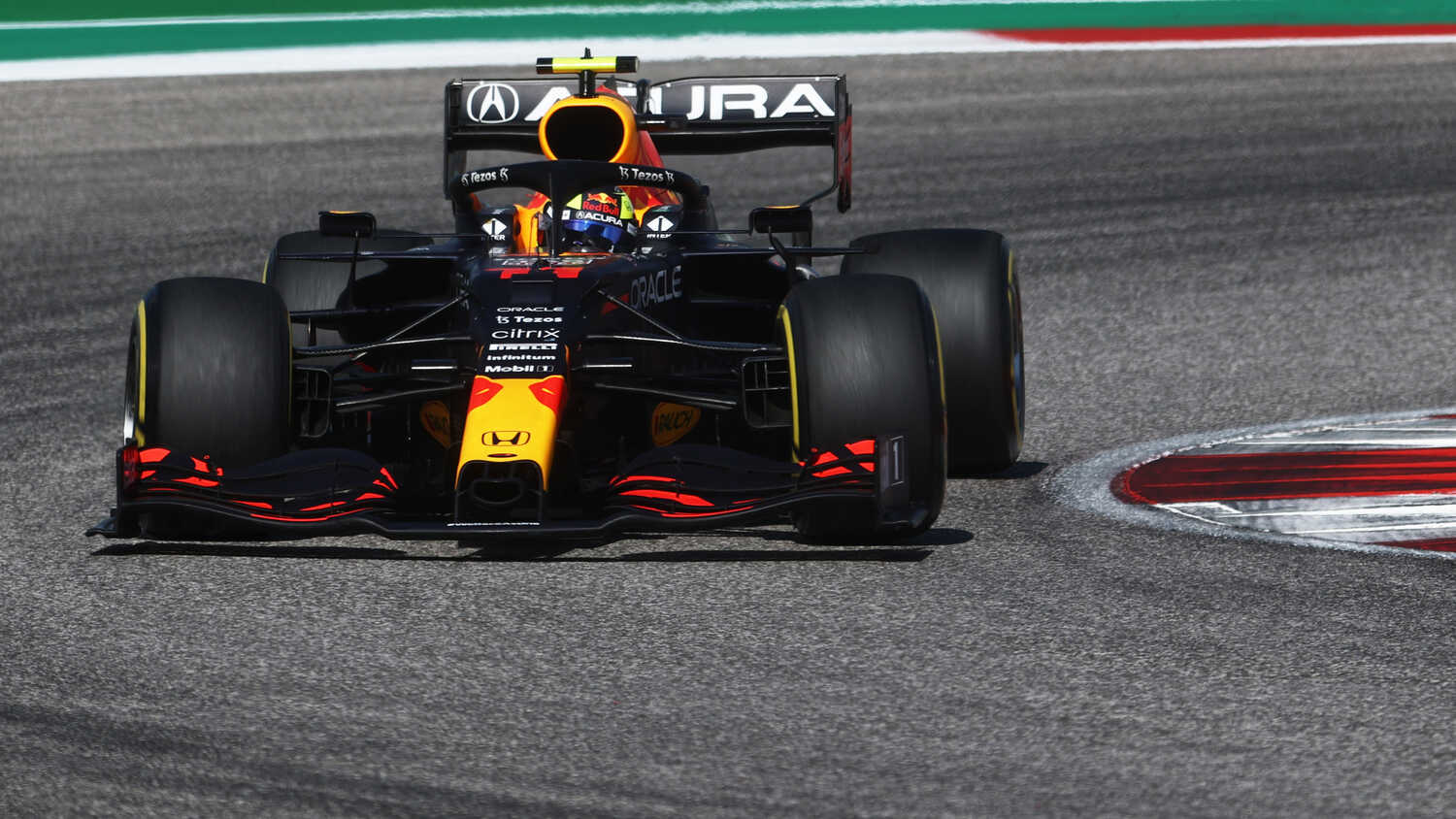 Sergio Perez believes his year of experience alongside Max Verstappen as a top team in Formula 1 will help him rise to the challenge of a title bid in 2022.

The Mexican driver joined Red Bull in 2021 after the best part of a decade in the midfield, and has sometimes struggled to unlock pace and form alongside Verstappen.

But in recent races, Perez has begun to show that he's adjusting to life in more competitive machinery and scored two consecutive podiums in Turkey and the United States.

Ahead of his home race in Mexico, Perez took part in a press conference on behalf of his sponsors Claro and Escuderia Telmex, where he explained that he believes he can mount a title challenge next season.

"I want to become World Champion, it is my dream," Perez is quoted by Estadio Deportivo. "I want to do it especially with Red Bull, and next year I can achieve it – that is why I am here.

"The experience I have accumulated has been refreshed here. I have learned from Max, how he takes the car to the limit from the beginning to the end. I think he is the only driver today who has that ability."

With Perez's recent improvement in form, Red Bull are just 23 points behind Mercedes in the Constructors' Championship, with Verstappen leading Lewis Hamilton by 12 points in the Drivers' standings.

Perez acknowledged that he's playing a supporting role this year, and is keen to help his teammate and team to both titles.

Going to the Autodromo Hermanos Rodriguez this weekend with a genuine opportunity of claiming a home victory in Mexico, Perez is hoping that the stars align.

"It would be incredible, it is the least that my country deserves," he said. "I have always had an impressive support, no matter where I am, and I have to thank it – for that I hope to win on Sunday.

"[But] it will be difficult. We are going with the strongest downforce, as we did in Monaco, because the track is very demanding due to the height, especially for the brakes and the engine cooling, which is key, it will be a very tough circuit."