Sergio Perez has heaped praise on Red Bull's mechanics for repairing his car so quickly after he crashed on his way to the Belgian GP grid. 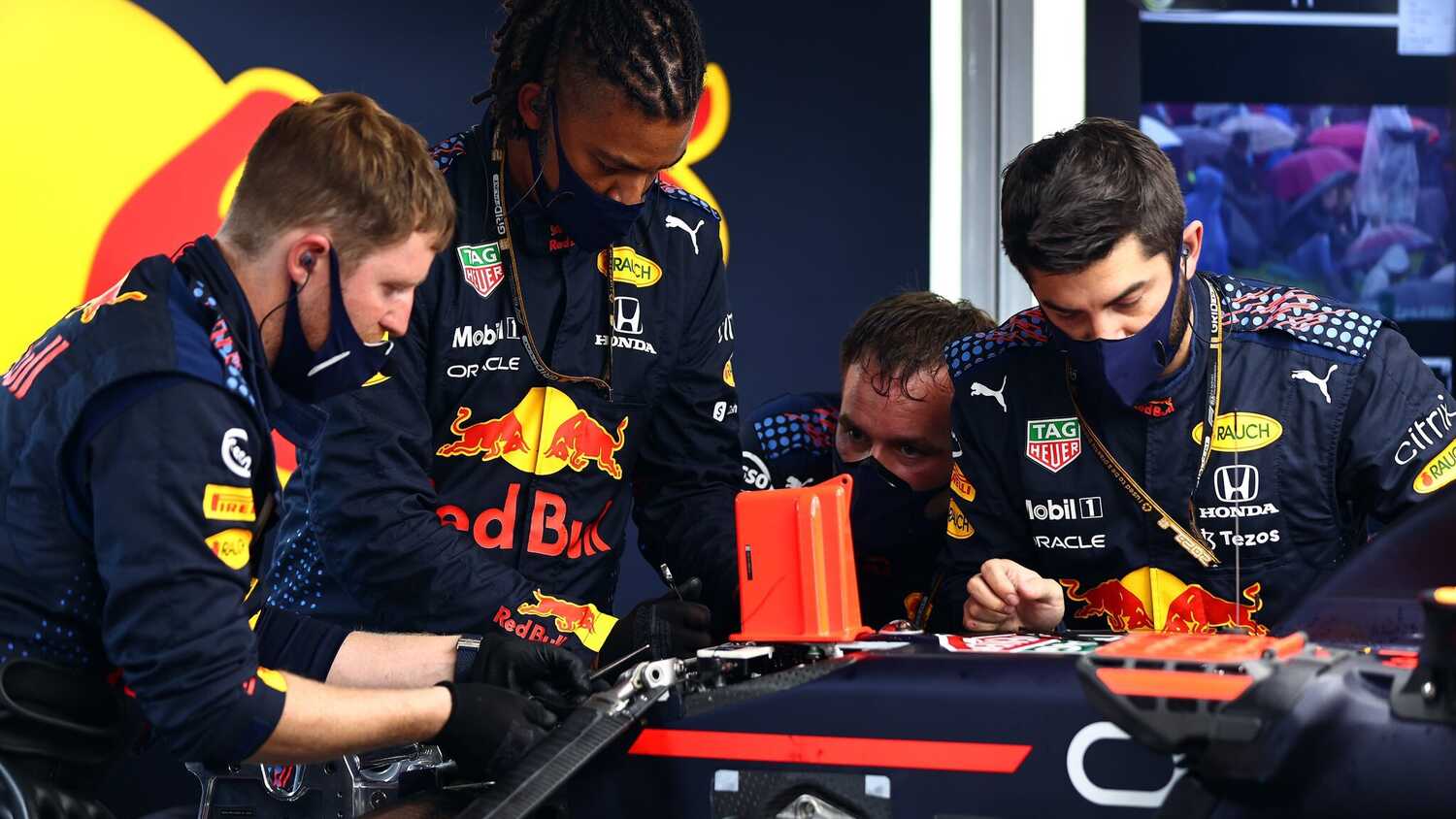 Sergio Perez says he was disappointed not to repay Red Bull's mechanics for their "incredible" effort to repair his car after he crashed on his way to the grid ahead of the Belgian Grand Prix.

Amid wet conditions at Spa-Francorchamps, Perez slid off track at Les Combes and into the barriers on the outside of the corner, sustaining front-right suspension damage that looked set to rule him out of proceedings.

However, with delays to the start, Red Bull acted quickly to repair Perez's car and, following clearance from the FIA, the Mexican was permitted to start the race from the pit lane, having originally qualified seventh.

Despite the repair job, Perez was unable to progress from 20th and last in the race, given that it ran for just two laps behind the Safety Car, meaning the field remained as they were with half points awarded to the top 10 finishers.

"The lap to grid was my mistake, the conditions and visibility were extremely poor and I just went on the kerb and lost it," Perez reflected.

"I always knew there was a small chance we could get the car back out and the team was pushing hard, really showing the spirit of Red Bull, which was nice to see.

"My team did what they do best and they repaired the car so quickly it was incredible. I really wanted to repay them for their hard work during the race but that didn't happen. Luckily we are racing again in a few days."

Red Bull team boss Christian Horner was also proud of the repair effort, which involved mechanics from both Perez and Max Verstappen's crews.

"Following Checo's unfortunate trip into the barrier on the initial out lap, it was incredible to see our mechanics in action under pressure once again, fixing his car in the time they did, giving him every opportunity to race," said Horner.

Verstappen won the race for Red Bull, closing the gap to Mercedes rival Lewis Hamilton to just three points in the title race.