Perez: Everyone at Red Bull wants me to win this weekend

The Red Bull driver made it clear that he has the backing of the entire team ahead of this weekend's Mexican GP. 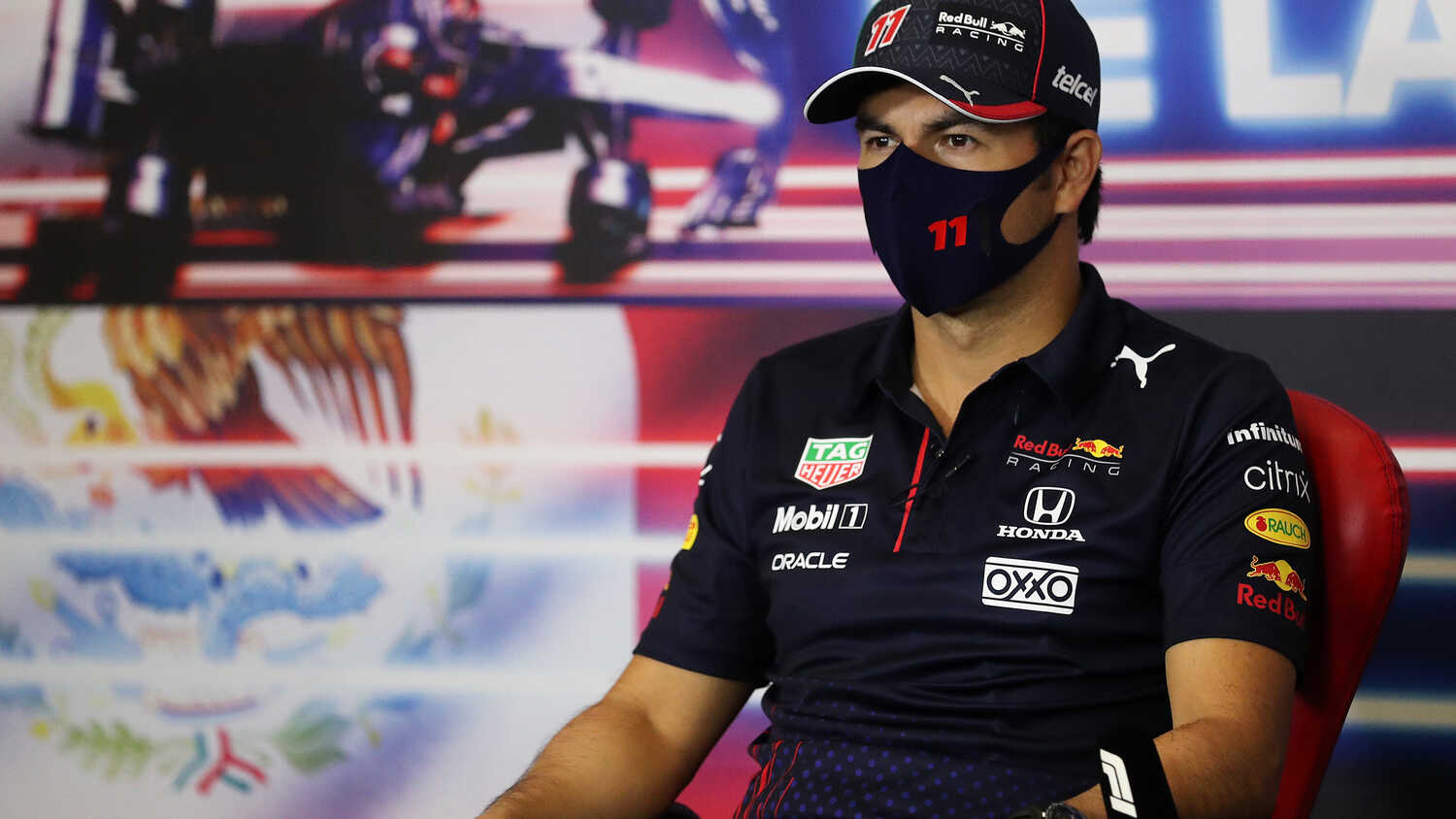 Sergio Perez says he is "pretty sure" his whole team wants him to win the Mexican Grand Prix, after being asked about whether he would give up a victory to Red Bull teammate Max Verstappen.

Perez will have a huge amount of support from his home crowd in Mexico, but has had to play the team role several times this year to help Verstappen in his bid for the Drivers' Championship.

Verstappen has a lead of 12 points over Mercedes rival Lewis Hamilton with five events remaining, including a triple-header over the next three weeks.

"I think it would be a great problem to have on my side," Perez told RacingNews365.com and other accredited members of the press, when asked about moving aside for Verstappen on Sunday.

"It always depends on the situation, because most of the decisions are normally taken during the race, during the heat of the event.

"Depending on the circumstances, we'll see. But I'm pretty sure the whole team, Red Bull, wants me to win this weekend.

"If there's a race they want me to win, it's this one. I'm sure I have full support from everyone in my team."

Perez goes into his home race in fine form, having scored back-to-back podiums at the last two races.

He was on provisional pole position in Austin after the first runs in Q3, only to be bumped down to third place. The Mexican hopes for another strong qualifying performance this weekend.

"I really want to carry on my form," said Perez. "I'm feeling more at home now with the team, with the car.

"I really hope I can [deliver] a great Saturday. Here, [in Mexico] overtaking is generally very hard. We put a lot of demand on the brakes, on the engine.

"It's always a very tricky race if you're not at the front. So [I] look forward to doing a good qualifying."