Perez eager to bounce back after costly Spa error

Red Bull's Sergio Perez is aiming to put his Belgian GP faux pas behind him as quickly as possible, with his mind now focused on Zandvoort. 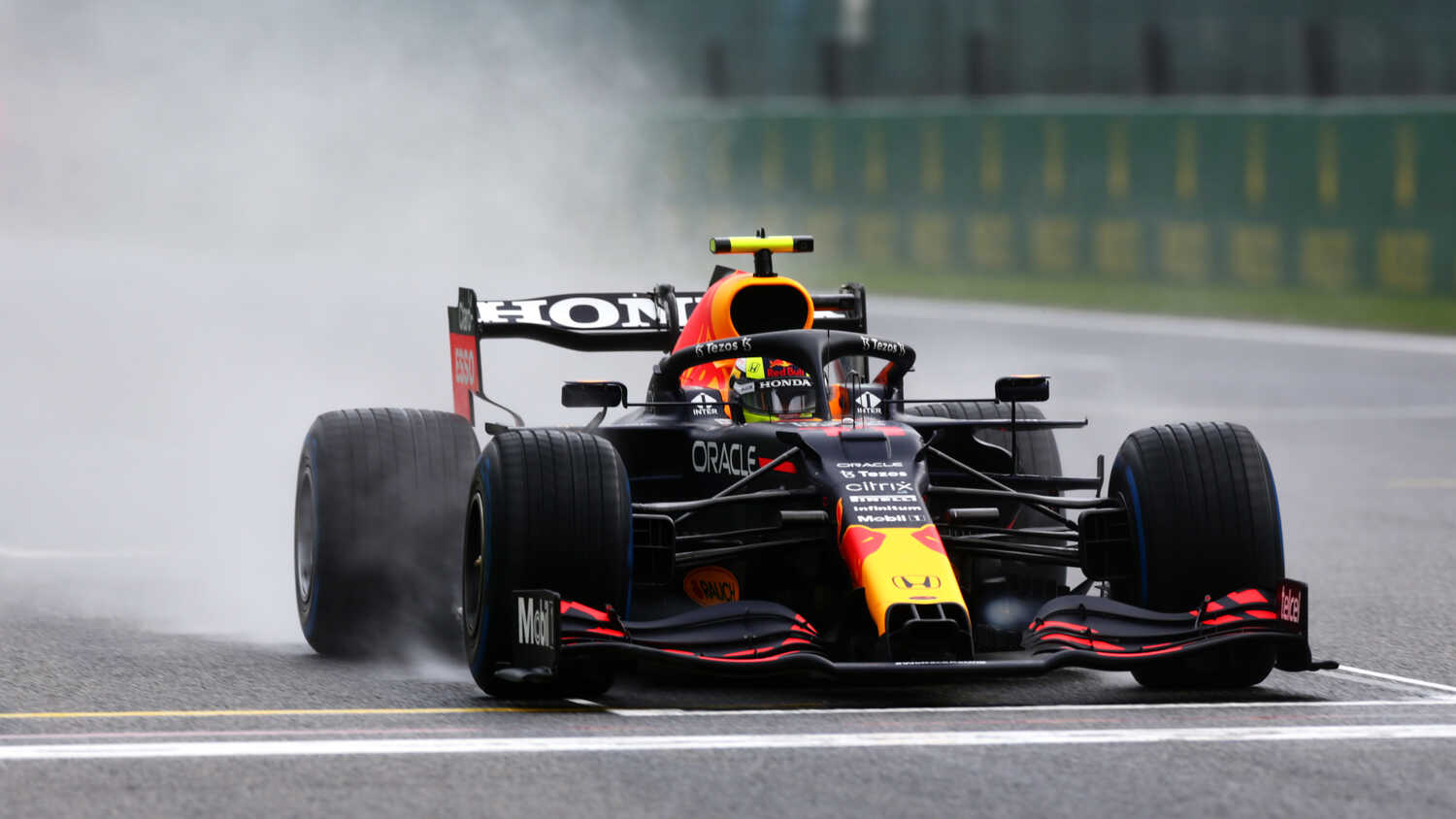 Sergio Perez has shaken off the embarrassment and disappointment of his Belgian Grand Prix error to focus on this weekend's event in the Netherlands.

Perez crashed his Red Bull on a reconnaissance lap to the grid in the heavy rain ahead of the race at Spa-Francorchamps and was initially ruled out of proceedings.

However, the lengthy delays allowed Red Bull to get the car back to the pits and repaired to the extent that he was permitted to start from the pit lane, until the race itself never actually went ahead.

"My team did an incredible repair job in Spa so now I just want to repay them with a result this weekend," said Perez, who signed a new contract agreement with Red Bull as the summer break concluded, keeping him with the team for 2022.

"What they did was so impressive, it just shows how hungry everyone is at Red Bull.

"The teamwork and the way everyone jumped on the car without giving up on a chance of repairing it in time made me extremely proud and it was amazing to witness it in the garage."

Having been uncertain of whether he would be able to race or not through the entirety of the long red-flag period, Perez said it was quite difficult to concentrate on the task at hand.

"For sure, it's tough to stay focused during the red flag period, especially when your car is in a million pieces," he said.

"It is quite challenging, and then it's not certain if the race will even happen' so it's really important to stay in the zone. You just have to be prepared at all times, because you never know what can happen, this is the key.

"Max did a really good job in qualifying on the Saturday and it was great that he was able to score some valuable points and close the deficit to Mercedes."

Having not been able to complete a single racing lap since the British Grand Prix two months ago, Perez said he's eager to get back behind the wheel at this weekend's Dutch Grand Prix.

"Yeah, it's been a while since I took part in a race so I am looking forward to when the lights go out this Sunday, that's for sure," he laughed.

"I really hope that Zandvoort is the race that brings us back to the podium and we are pushing hard as a team to make sure that happens."