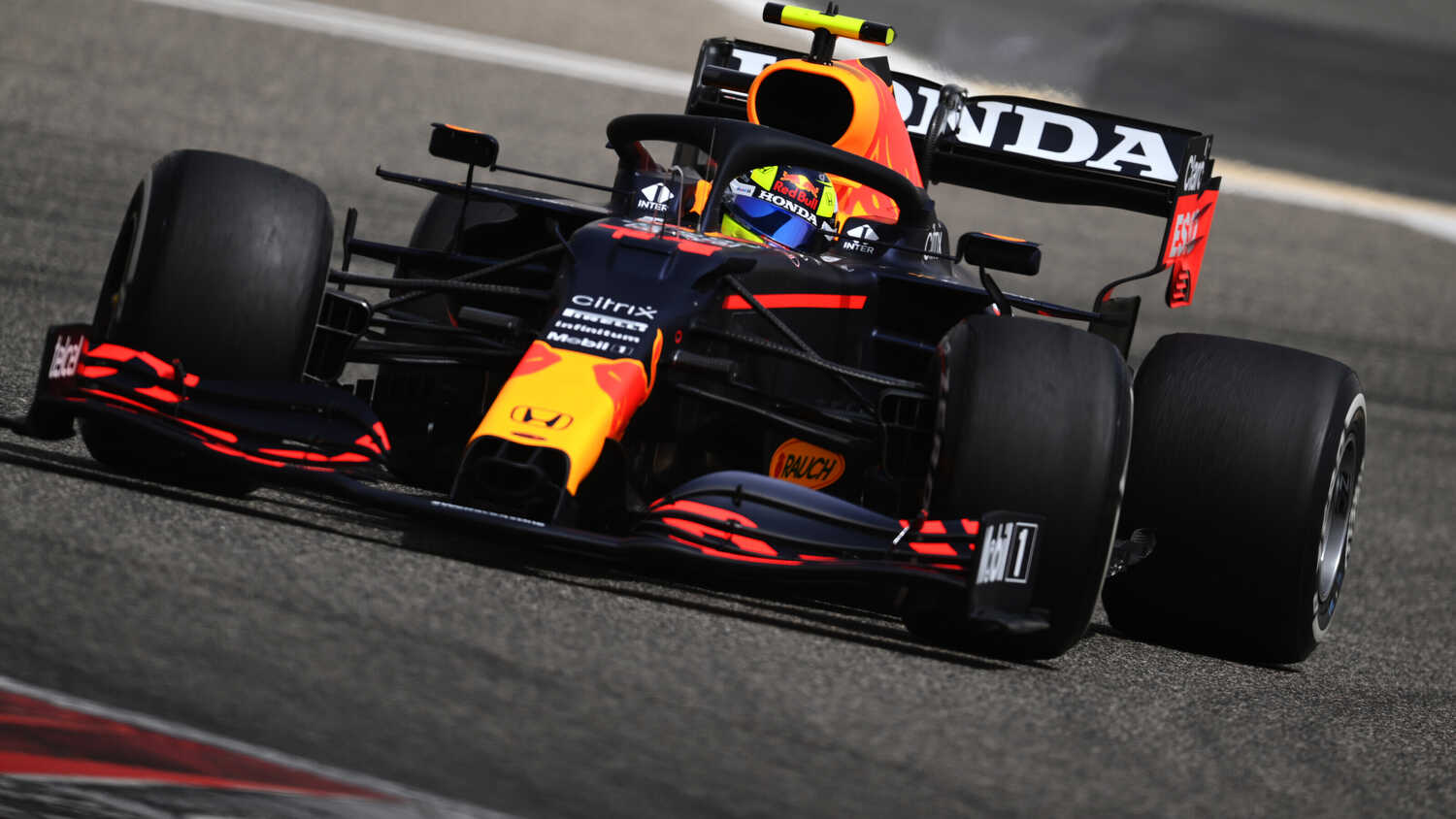 Sergio Perez will race for Red Bull in 2021 after switching from the former Racing Point team as they rebranded to become Aston Martin for this season, with the Mexican admitting the two cars are quite different.

Having won his first race in his decade-long F1 career when he claimed victory at the Bahrain Grand Prix, Perez is a highly rated addition to the Red Bull team where he will partner Max Verstappen.

Speaking to Tom Clarkson on F1's Beyond The Grid podcast, Perez spoke about his initial impressions of Red Bull's RB16B compared to the Racing Point RP20.

"They work so differently. Their suspensions are totally different, their mechanical balances, the difference in the aerodynamics as well. So they're pretty different."

Perez never had the opportunity to set a headline-grabbing time during pre-season testing, having run harder compounds on Saturday before his softer tyre runs on Sunday morning.

Jumping out of the car after setting his best time of 1:30.187, he emphasised that he knows there is still plenty of work to do for him to feel completely comfortable with his new car.

"The car feels good, it just keeps getting better and better," Perez said. "Every time I jump in. It's been good to get to know it and just work our way through it. The car is pretty good and it has good potential."

"But there is still a lot of work and development to be done and to be had in the races in the coming months. It's not so important where you start in Bahrain, it is where you finish in Abu Dhabi."

"I know that there is a lot of work to be done ahead," Perez acknowledged. "I still have the need for more time in the car. But it's certainly good to start, it's only a day, day and a half."

"But if you consider the amount of test items we do on a Thursday, it's definitely a disadvantage for the drivers that are changing teams and an advantage for the people that are saying but it's just part of the game."