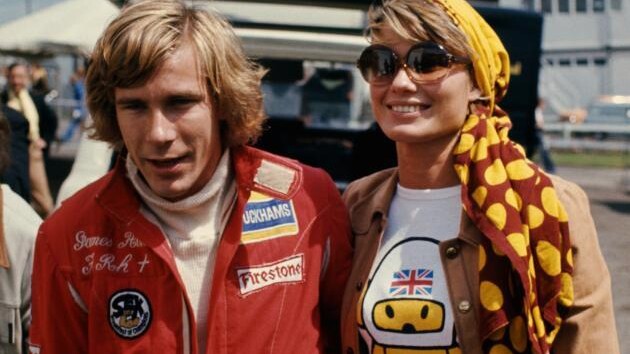 Held aloft as the epitome of the sexy, fast, and charismatic racing driver, Hunt made a huge impact on the stuffy world of Formula 1 when he made his debut with Hesketh in 1974. With Hunt and Hesketh initially regarded as a joke outfit, thanks to their devil-may-care attitudes, the team became a much more serious proposition as they defeated Ferrari to win the 1975 Dutch Grand Prix ahead of Niki Lauda.

However, with Hesketh's finances not in good shape, Hunt went off to join McLaren for 1976. In what has become one of the most romanticised years in Formula 1 history, Hunt and Lauda faced off as friends and title rivals, with Hunt emerging as the Champion after Lauda's accident at the Nurburgring.

Hunt never scaled those heights as a driver again, with his form becoming increasingly erratic and unreliable. Retiring from driving in 1979, he struck up an unlikely partnership with Murray Walker as a commentary duo for the BBC from 1980.

While the chalk and cheese duo initially didn't get along, a strong friendship was formed over the next decade, with Hunt becoming even more widely loved for his unrestrained and opinionated colour commentary alongside the much more reserved and diplomatic Walker.

Having commentated on the 1993 Canadian Grand Prix, Hunt returned to his home in London. Having been well known as a womaniser in his younger days, Hunt was on the verge of settling down with his girlfriend Helen.

Proposing to Helen in the early hours of June 15, she accepted his offer. However, Hunt wouldn't get to marry Helen, as he passed away from a heart attack just a few hours later at just 45 years old.

McLaren, the team with whom he won his sole World Championship, tweeted a memory of their Champion early on Tuesday, paying tribute to one of their early stars.