Lando Norris was one of four drivers to suffer a sudden tyre failure in Sunday's Qatar Grand Prix. 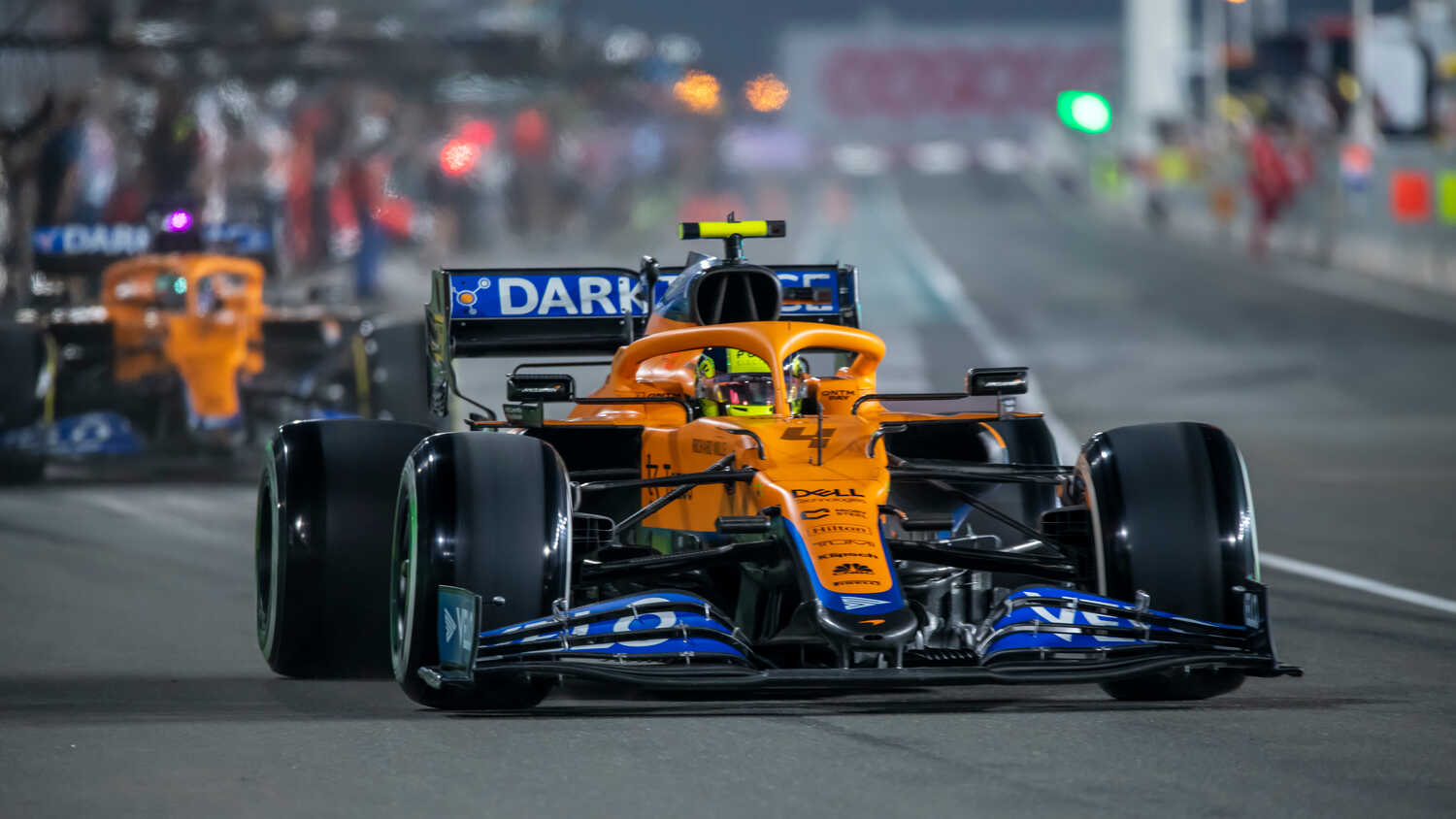 McLaren driver Lando Norris has expressed his anger after suffering a sudden and "dangerous" tyre failure during the Qatar Grand Prix.

Norris was one of four drivers, along with Mercedes' Valtteri Bottas and Williams pair George Russell and Nicholas Latifi, to pick up a front-left puncture in Sunday's 57-lap race at the Losail International Circuit.

F1 tyre supplier Pirelli had warned teams against trying a one-stop strategy ahead of the race, given the rapid rate of track evolution, but several drivers tried to make the approach work.

However, while Bottas (after 35 laps on Mediums) and Russell and Latifi (both after 31 laps on Hards) experienced their issues a long way into their second stints, Norris' came after only 23 laps with the Hard compound.

"It was dangerous for a lot of people"

Speaking to media, including RacingNews365.com, Norris said: "I guess you don't expect the tyre to blow up, especially not on the Hard tyre.

"We weren't even that far into the stint, it was like 20 laps or something, and the tyre should do a lot more than 20 laps.

"Every track, you look after the tyres because the tyres wear out a bit, but you don't expect it to suddenly let go completely.

"[It was] quite dangerous for a lot of people today and it shouldn't happen."

"They should make the tyres better"

Norris has urged Pirelli to improve the situation going forward, stating that the root cause is "obvious" but he "just can't say".

He added: "If there's a wall there or something, it could've been a lot more dangerous.

"They should make the tyres better. It's dangerous for us as drivers. We risk a lot every time and if we can't just drive a Formula 1 car around the circuit, what can you do?

"I didn't even do a very long stint, 20 laps, 25 laps or whatever. I should still be able to drive the circuit."

Bottas thought the wind got stronger

Bottas was also surprised by his tyre failure, explaining that he initially thought the wind speed had increased.

"There was no warning, no vibration, the pace was still consistent, the grip was feeling OK, so it just happened," he said.

"Initially, I thought the wind was getting stronger on the main straight, because I felt that the car was [going] sideways.

"Then it was a puncture in the first corner, and obviously in the most unlucky point as well, just after the pit exit."