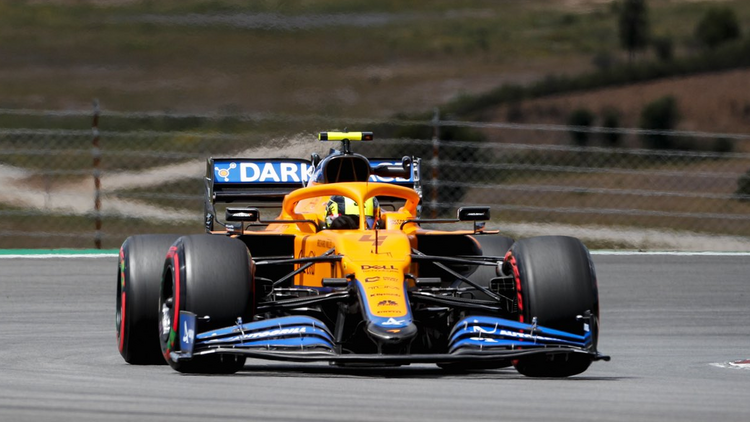 McLaren Formula 1 star Lando Norris has said his former teammate Carlos Sainz provided him with the inspiration to overtake Red Bull's Sergio Perez during the early part of the 2021 Portuguese Grand Prix.

Starting seventh on the grid, Norris soon found himself battling Perez for fourth with the British driver ultimately overtaking the Mexican around the outside in a move reminiscent of how Sainz overtook Mercedes' Lewis Hamilton in 2020.

"I think Carlos (Sainz) did this last year on someone, I think Lewis (Hamilton) at the beginning of the race so I knew it was possible and I managed to get past the Red Bull. It was a good few laps, a lot of battling, a lot of wheel-to-wheel action.

Norris currently sits third in the driver's championship after three consecutive top-five finishes from the first three races of the season. The Englishman will be looking to maintain his good form during the upcoming Spanish Grand Prix.