Norris ready to race despite being 'thrown around a bit'

A heavy shunt during Q3 at Spa-Francorchamps saw Lando Norris taken to hospital for precautionary checks. The McLaren driver says he's ready for Sunday's race as he looks to bounce back. 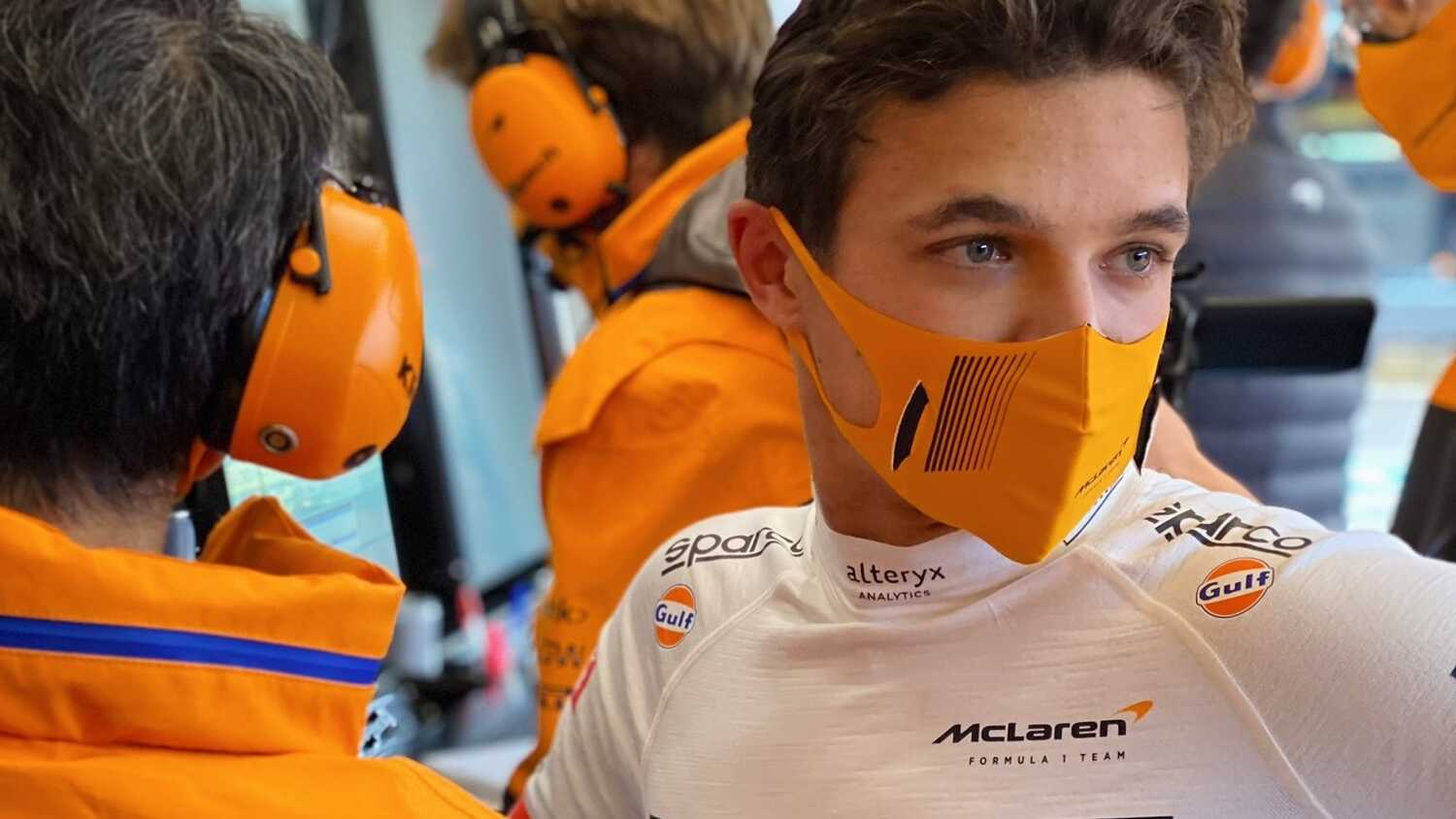 Lando Norris' qualifying session at Spa-Francorchamps came to an abrupt halt after he crashed heavily in Q3, but the McLaren driver is ready to get back on track and make amends.

The Briton looked set for a strong showing after topping both Q1 and Q2, but with rain falling at the start of Q3, he lost the car at Eau Rouge and hit the barriers at Raidillon.

Norris was taken to a local hospital for precautionary measures and subsequently cleared to race tomorrow, and while he admits he's a bit bruised, he's looking forward to getting back into the car.

"I've been better, but I'm good" Norris told Formula1.com. "I think just being a bit bruised, obviously, it's quite a big impact and my body's just been thrown around a little bit.

"I'm good and I'm ready to race tomorrow. I want to get back on track already because it didn't end the way I wanted it to.

"Of course, I'm just excited that I'm OK, but obviously the car wasn't and the boys have got a big job to do in putting everything back to how it should be tomorrow. I don't think we know the extent of everything and where I'm going to be starting on the grid tomorrow."

While Norris' afternoon ended prematurely, compatriot and friend George Russell managed to qualify on the front row. Norris revealed he had his eyes on the action despite being driven away from the track in an ambulance.

"Of course, I'm very happy for George as well," Norris added. "I was watching in the ambulance on the way, I wanted to watch qualifying. I was cheering on George to go for that pole.

"Anything can happen at Spa, we obviously had a good pace and the car was really nice to drive today.

"Hopefully it's not too bad tomorrow and I can try and come back through."