Norris: Big steps required to fight with Aston Martin in 2021

Despite switching to Mercedes engines ahead of the 2021 Formula 1 season, Lando Norris believes McLaren will still need to make big steps to fight with Aston Martin over the duration of the season. 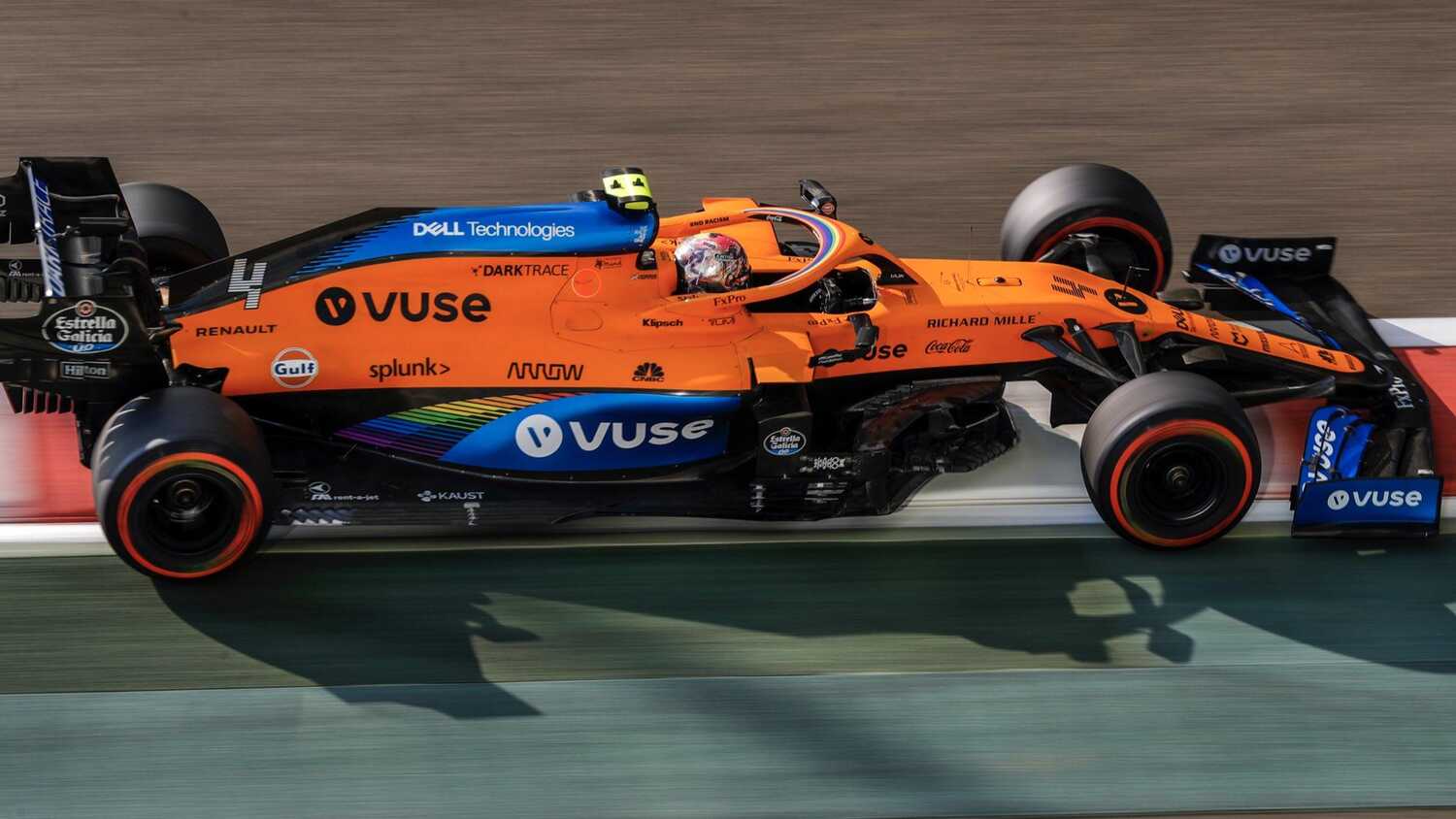 Much is expected of McLaren in 2021 as they prepare to reunite with Mercedes engines on the back of a third-place finish in the constructors’ championship last year. But Lando Norris isn’t getting carried away and insists they’ll be doing well to keep up with Aston Martin over the entirety of a full Formula 1 season.

It came down to the wire in 2020 but a strong showing at the season-ending Abu Dhabi Grand Prix in which Norris and Carlos Sainz finished fifth and sixth respectively was enough for McLaren to pip Racing Point to the best-of-the-rest title. However, 21-year-old Norris is under no illusions that their rivals underperformed last year in superior machinery.

"We had a very good car in the beginning of the season but on the whole, Racing Point had the third-best car - the second-best car at a lot of races - and under-delivered," Norris said to select members of the press, including RacingNews365.com.

"It was almost a surprise to see them racing against us in the constructors’ championship. I think we can be proud as they were a lot quicker than us throughout the season as a whole."

After three years of Renault power, many are assuming McLaren will make significant progress with a Mercedes engine, but while acknowledging it's a step in the right direction, Norris has stressed the team still need to make a lot of improvements if they want to compete at the front more regularly.

"There are certain races at certain tracks where teams are able to excel but if we want to be racing against Racing Point (Aston Martin) consistently, we have to make some big steps," Norris continued. "A Mercedes engine is a good step forward but it’s not going to sort everything out.

"We’re not going to be able to just get podiums at every race. The car itself and everything we have to do as a team needs to be improved from the pitstops to how we design things and the whole philosophy of the car. There needs to be just constant improvements."

Results have picked up recently for the Woking-based outfit, especially in the last two years, but despite this, there are still races where they struggle compared to their rivals and Norris believes that's what separates the very top teams from those behind.

"We’ve made improvements over the last two years, but we want to make a step where we can be confident every single weekend that we’re going to be the fourth-best team or maybe the third-best team, not have a car which sometimes is the fifth or sixth best on the grid and then one weekend is the third best," Norris added.

"That’s where Mercedes are very good or Red Bull are very good. They can deliver the same performance every single weekend. That’s what we need to try and achieve because that’s what gets you points in the constructors’ championship, not just one race where you look like heroes.

"It’s a step forward with Mercedes and bringing Daniel [Ricciardo] but there’s also a lot of improvements we need to make as a team."