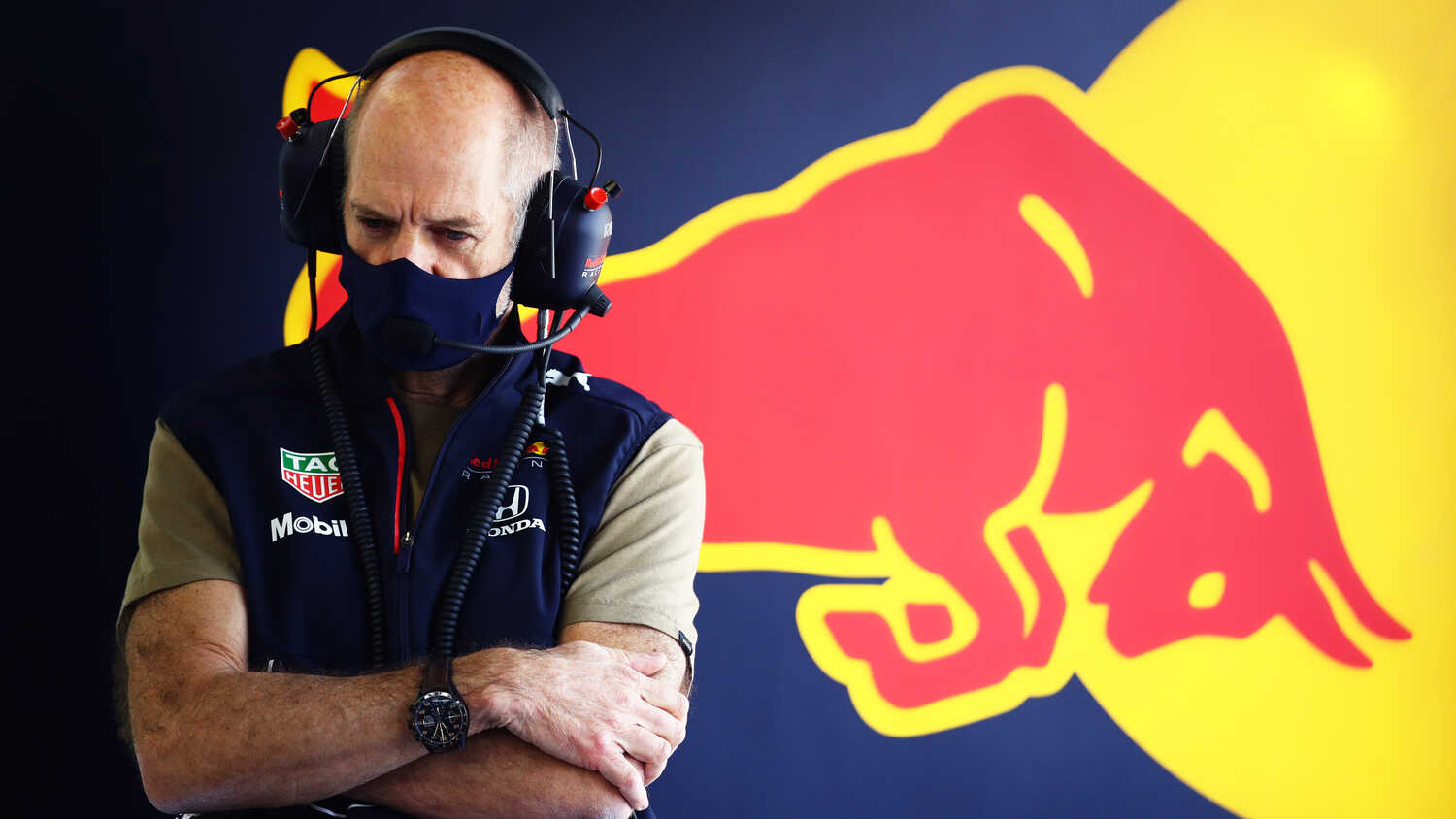 Adrian Newey has described how Max Verstappen's championship victory compares to the previous titles won by Red Bull, admitting that the 2021 win brought him the "closest to having a heart attack".

Verstappen became the World Champion in the controversial final laps of the season-closing Abu Dhabi Grand Prix, having overtaken Lewis Hamilton on the last lap of the race following a Safety Car period.

Earlier in the Grand Prix, Verstappen's chances of winning looked to be slipping away, and Newey says that this resulted in a range of emotions being experienced.

"You have so many emotions in a race like that," Newey told Sky Sports.

"Obviously, in the laps before the Safety Car, it looked as if it was all slipping away from us. And that's when you kind of start thinking about the year and what we could have done [differently].

"Some unlucky moments, Copse [Verstappen's crash at Silverstone] in particular, which personally still really grinds with me, what happened there.

"And then the Safety Car happened. Obviously we got lucky in that sense, there's no two ways about it, with that Safety Car.

"But if I reflect, and of course I'm biased, I know, I think that Max already deserved it, on balance."

How 2021 compares to previous wins

Newey, Chief Technical Officer at Red Bull, was a part of the team's previous championship-winning era between 2010 and 2013, and has joked that there was a key difference between this year's finale and the past title victories.

"I think it's the one where I've come closest to probably having a heart attack and going unconscious afterwards!" Newey said.

"I mean, [we've] had other ones that have gone down to the last race of course, but never to the last lap, and it was amazing, absolutely amazing."

When asked where Verstappen ranks in comparison to the many other successful drivers that he has worked with during his years in F1, Newey feels that the Dutchman is amongst the best.

"Such a difficult one, [but] he's got to be right up there, hasn't he?" Newey explained.

"I think you go across different periods, but he's the real deal. Yes, he's aggressive, [but] generally I think he's very fair. He's got such talent and such drive.

"He's still so young. He's on a steep learning curve still. He's just amazing, and the best thing about him is he's just so easy to work with.

"There's no airs, [he's not] pretentious, he just comes in, gets on with it. I love the guy, he's just amazing."