The FIA have clarified the track limits rules for this weekend's race in Imola following the controversial season-opener which saw Lewis Hamilton consistently running out wide to gain an advantage. 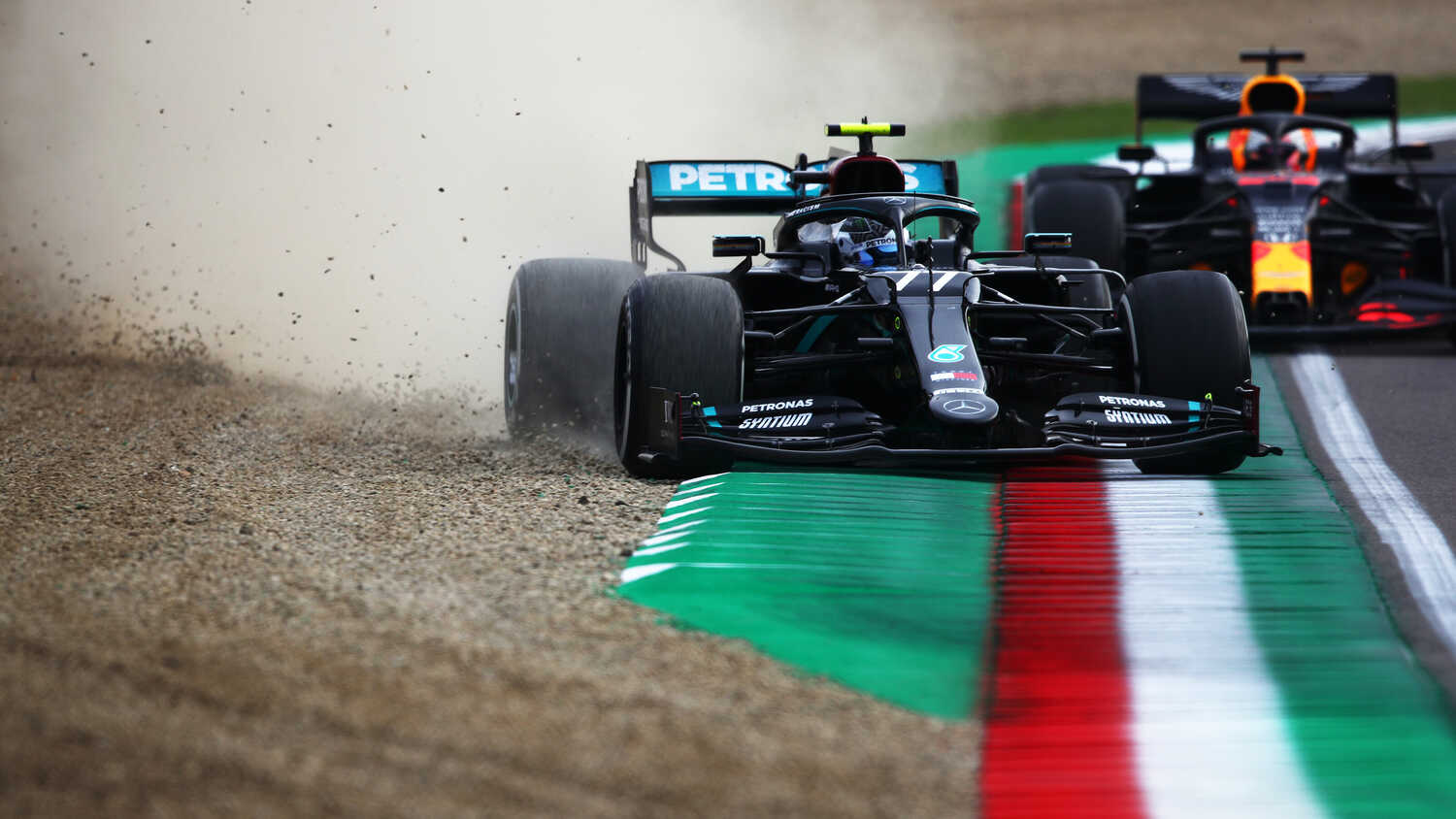 Track limits rules have been announced by the FIA for this weekend's Emilia Romagna GP after a controversial season-opener which saw Lewis Hamilton and Mercedes consistently running wide to gain an advantage.

Hamilton ran off the track at turn four at least 29 times before the stewards told the drivers to stop abusing the track limits in Bahrain during the middle of the race.

There was further controversy when Max Verstappen overtook Hamilton off the track at the same corner before being told to give the position back.

The FIA have now clarified track limits regulations for Imola, saying if a driver goes off the track three times, they will receive a black and white flag. Any further offences will then be reported to the stewards.

There is no reference to the final corner which saw drivers running all-four wheels off the circuit in 2020, meaning the last turn will not be monitored.

The FIA rules state the following under article 21.4.

a) Each time any car fails to negotiate Turn 9 Exit, Turn 13 Apex or Turn 15 Exit by using the track as described above, teams will be informed via the official messaging system.

b) On the third occasion of a driver failing to negotiate Turn 9 Exit and/or Turn 13 Apex and/or Turn 15 Exit by using the track during the race, he will be shown a black and white flag, any further cutting will then be reported to the stewards. For the avoidance of doubt this means a total of three occasions combined not three at each corner.

c) In all cases detailed above, the driver must only re-join the track when it is safe to do so and without gaining a lasting advantage.

d) The above requirements will not automatically apply to any driver who is judged to have been forced off the track, each such case will be judged individually.