A dramatic fifth round of the 2021 Formula 1 season saw Max Verstappen take a stunning victory ahead of Carlos Sainz and Lando Norris. Lewis Hamilton lost the championship lead to Verstappen following a torrid weekend in Monaco. RacingNews365.com rates the whole field and how they performed at the Monaco Grand Prix. 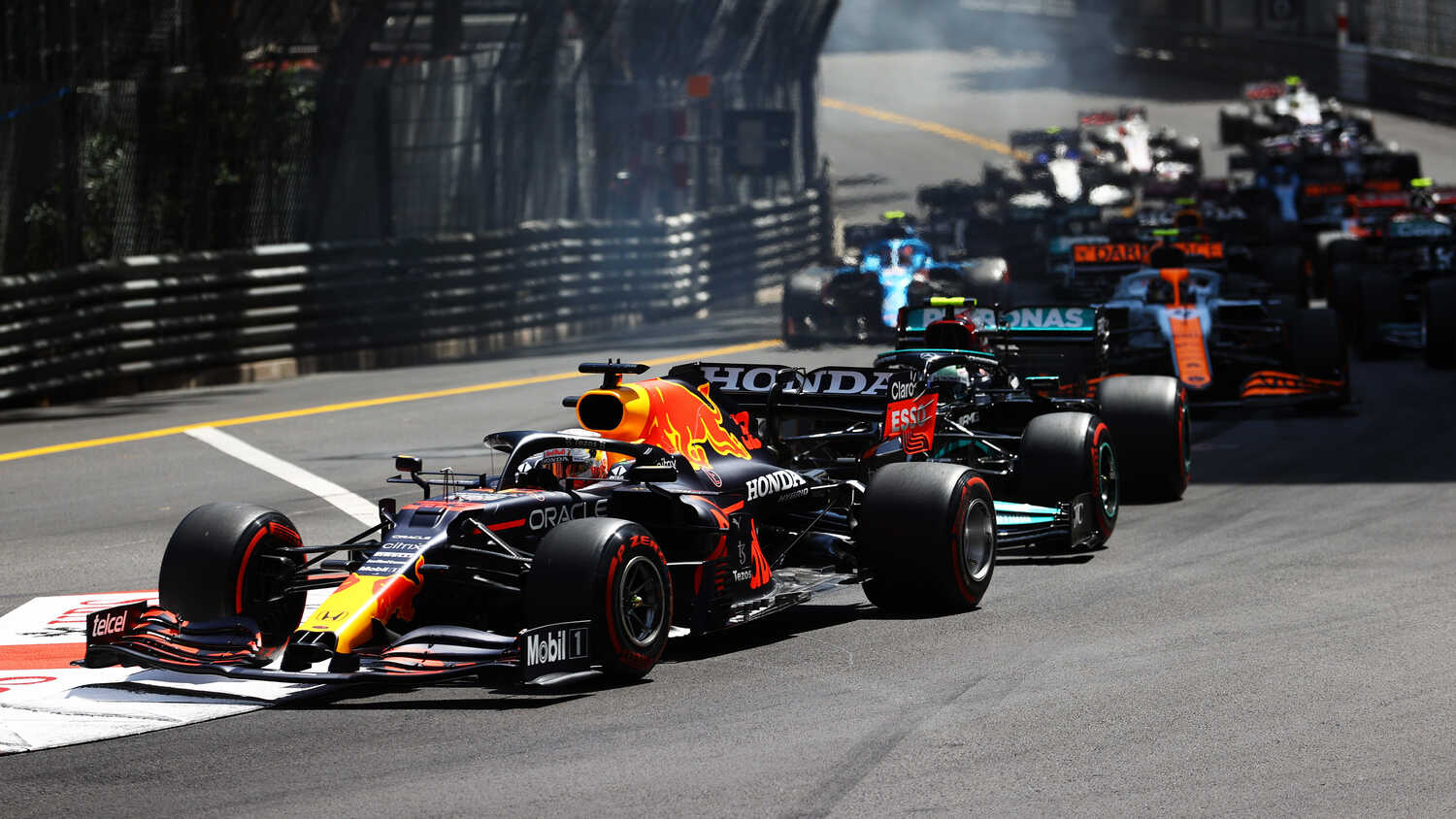 Max Verstappen won the 2021 Monaco GP after a dominant drive on the streets of Monte Carlo to record his second victory of the season. In an unusual top three, Ferrari's Carlos Sainz took the second podium of his Formula 1 career ahead Lando Norris.

Lewis Hamilton could only manage seventh place after a difficult qualifying which did not get any better on Sunday.

Our ratings solely look at how well the drivers got on at the Monaco GP including their pace against their teammates and rivals, mistakes and any other standout moments from their weekend.

Verstappen had a clean weekend and recovered well from a disappointing Thursday to find the right setup and nail the RB16B's car characteristics to get into the optimal tyre working window.

The Red Bull driver never had to do anything special and it would have been super close as to whether he would have been on pole position or not without Leclerc's crash.

He takes the lead in the championship in an event which may be seen as a turning point in the title fight.

Sainz was deeply disgruntled at his teammate's crash in Q3, saying "it was unfair". But, Sainz was not set to improve his lap time anyway as he was down in Sector 1.

In terms of driving, Sainz performed well but was slightly off the pace of Leclerc on Saturday, though he managed to keep it out of the barriers.

Even though he finished second, it was probably not Sainz's best weekend of 2021 - he simply had a better car. 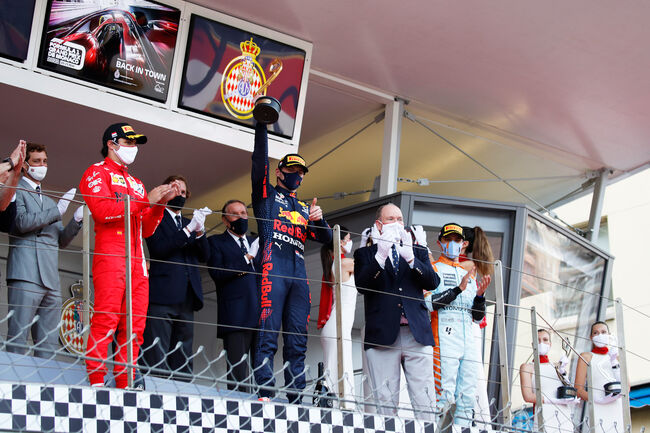 It was a brilliant performance from Norris all weekend to be just half a tenth away from Verstappen in Q3. The gap to teammate Ricciardo makes Norris' drive even better and he thoroughly deserved his second podium of 2021.

He is driving superbly and more than proved why McLaren signed him a new multi-year deal earlier this week.

It looked like it was set to be another tricky Sunday for Sergio Perez after a poor qualifying, but he recovered well and his great first stint was crucial to his fourth place.

Perez was stuck behind Sebastian Vettel early on but went long on the soft tyres to overcut Vettel, Hamilton and Pierre Gasly and give Red Bull some much-needed extra points.

A good race day, with work still to be done over one lap. 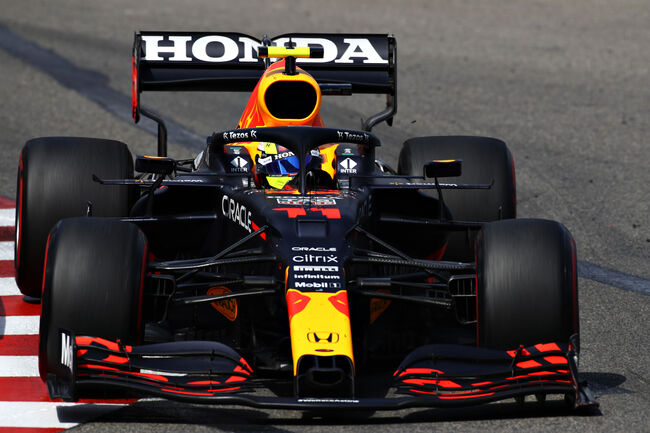 There was a glimpse of the old four-time world champion Sebastian Vettel at Monaco as he produced his best weekend performance in a long time.

Qualifying was good for Vettel on a track which requires high confidence, and he executed Aston Martin's overcut strategy to perfection to jump Hamilton and Gasly in the pitstop phase.

It's a performance which many have been waiting for.

A sensational qualifying lap from Gasly was the key to his best result of the season so far. Gasly was consistently half a second faster than teammate Yuki Tsunoda and backed up his one lap form with a great drive to hold off Hamilton.

It's notoriously difficult to overtake at Monaco and having the pressure of a seven-time world champion behind you is tough to take, but Gasly handled it perfectly.

Monaco 2021 will go down as one of the worst performances in Hamilton’s F1 career. He just could not get the tyres to work on Saturday and he looked all out of sorts whilst teammate Bottas was getting on more than fine.

Once out of position, it was always going to be a difficult race but Sunday did not go much better either and it's hard to judge how well Hamilton drove in the race.

Will this be the low point of the 2021 season for Hamilton?

Lance Stroll was a few tenths slower than Vettel in Q2 which proved costly, but his and the team's decision to start on the hard tyre paid off in abundance.

Stroll ran long to overcut his rivals with a smart, mature drive following a tricky qualifying. A good weekend for Aston Martin. 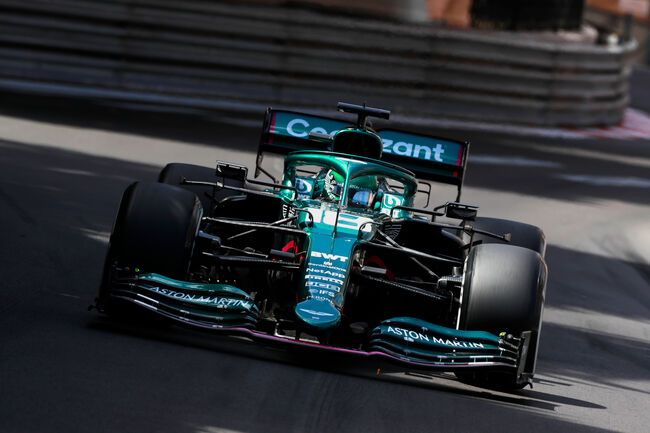 Esteban Ocon will be happy with two points, given the lack of pace from Alpine in Monaco. Once again he outqualified Fernando Alonso on Saturday.

In the race, he was the only driver to use the soft-medium strategy which was a strange choice from Alpine. Ocon was hanging on at the end of the race and managed to keep the Alfa Romeo drivers at bay after a lot of tyre conservation.

Qualifying won Antonio Giovinazzi the Alfa Romeo inter-team battle as he put in a great lap to make Q3.

Giovinazzi's race pace was not quite as strong as Kimi Raikkonen but it was enough to give Alfa Romeo their first points of 2021. 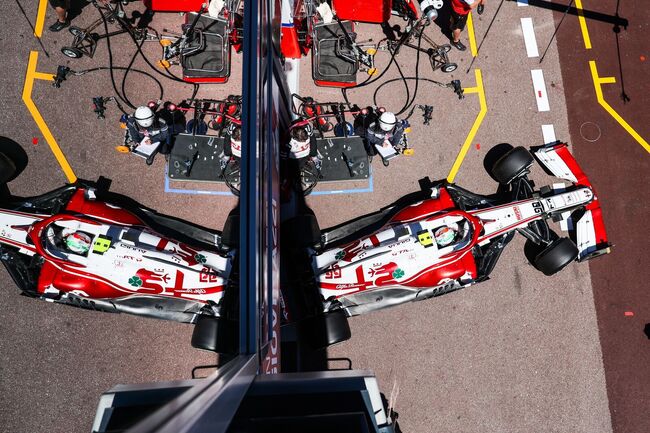 Raikkonen's one lap weakness continued in Monaco which was a shame as Alfa Romeo had much better pace compared to recent races.

The 2007 world champion's race pace was great, often matching the lap times of the leaders, but he just could not find a way into the top 10 due to his qualifying form.

Monaco has been one of Daniel Ricciardo's best tracks but he had a nightmare qualifying where even he did not know what was wrong.

The Australian felt his lap was good yet was half a second behind teammate Norris. That's a big worry because if he thinks there's nothing wrong with the car, yet is still significantly slower, then it's a bad indicator as to where Ricciardo is at in terms of his form.

A bad start saw him lose places and the Australian had the horrible sight of seeing his teammate lap him during the race.

The struggles continue for Fernando Alonso who's Q1 elimination was massively disappointing. It's now four races in a row where Alonso has been outqualified.

He does have the excuse of needing to find his feet after more than two years away and he will be angry at himself for not delivering when it matters in qualifying. 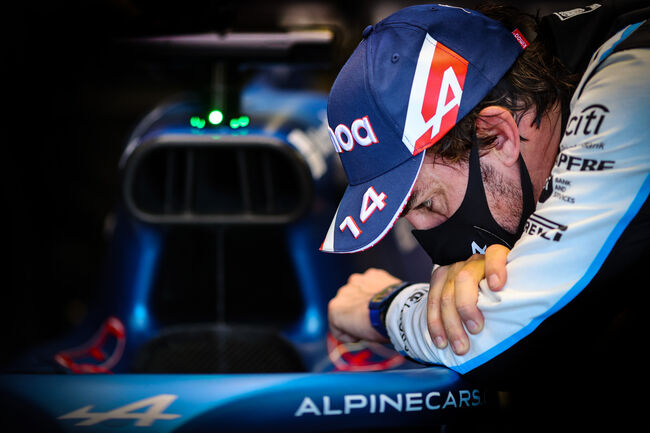 George Russell's improvement during qualifying was incredible and it was the reason as to why he made Q2.

Some of his gains can be put down to track evolution but he was absolutely on it to escape Q1 and continue his remarkable qualifying streak at Williams.

A crash in FP3 knocked Latifi's confidence because he was running well up until then. However, from qualifying onwards it was a case of what we have become used to as Latifi was clearly outpaced by Russell

Monaco was always going to be a tricky weekend for Yuki Tsunoda who has never raced at the principality. The gap to Gasly was probably what you would expect for a rookie up against a high-flying teammate but it still is not where Tsunoda wants to be.

He kept it out of the barriers from Saturday and faces another headache with Baku in a fortnight's time. 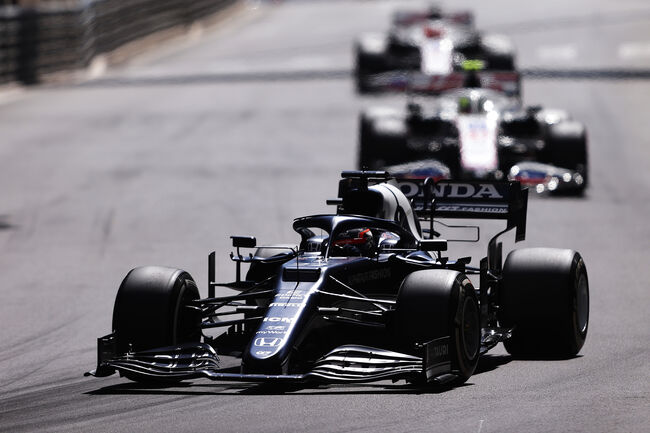 For the first time this year, Nikita Mazepin managed to beat Mick Schumacher and he kept it clean all weekend which will give him some confidence.

It was by far Mazepin's best event of 2021 and he will be hoping to build on this in the coming races.

This rating may be seen as harsh but ultimately it was a mistake from Schumacher in FP3 which meant he could not compete in qualifying.

Schumacher carried a little bit too much speed and lost the rear at Casino Square, his first major error of the season.

In the race, Schumacher had engine problems which was why he was so slow compared to Mazepin.

Bottas drove brilliantly all weekend, clearly outpacing Hamilton which is a rarity. There was clear confidence in his driving and it was the best Bottas has performed this year.

The wheel nut machined itself onto the axle meaning the right front tyre could not be removed and it cost Bottas a likely podium. A gutting moment for the Finn.

It's tricky to rate Leclerc but ultimately it was his own doing which caused damage to the left driveshaft. His lap to originally get pole position was superb, especially after a setback in FP1 when he had a gearbox issue.

A driver error, which cost Leclerc the chance of winning his home race which is why he gets the low rating.