Mick Schumacher disagrees with Verstappen over importance of car

Max Verstappen has stated that any driver could win races in Lewis Hamilton's Mercedes. However Mick Schumacher believes that there is a lot more to winning than simply having a fast car. 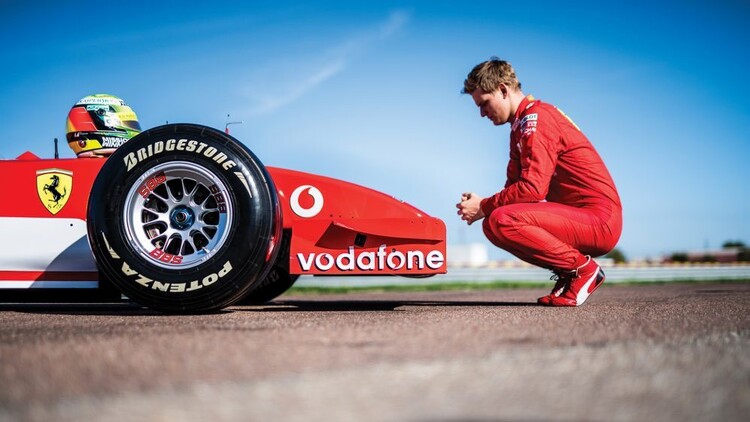 The driver's dominance only tells one half of the story as his Mercedes F1 team have won the last seven championships in a row, with Nico Rosberg winning his sole title with the German marque in 2016.

This has led to many believing that it is the car, rather than the driver that facilitates success and with Geroge Russell's drive at the 2020 Sakhir Grand Prix, the flames were fanned even more.

"To be honest, 90 percent of the field could win in that car," Red Bull Racing's Max Verstappen told F1.com last year. "Nothing against Lewis, he’s a great driver, but the car is so dominant."

"When we look at champions who are very dominant during certain periods, there is often the risk that we will overlook things," he said. "For example, we often forget how much work someone has to put into it, how much energy it takes and how much talent you need to have so as to be able to dominate."

"That discussion applies to Lewis Hamilton as well as to my father. There is nothing obvious about having a lot of success. We always only see the tip of the iceberg that sticks out above the water and not what is underneath it."

The 2020 FIA Formula 2 champion will make his debut for the Haas F1 Team in 2021 alongside fellow rookie Nikita Mazepin. The young German is certain to face scrutiny given his last name, though he is not too bothered by it.

"I never have a problem looking back at my father's career when people try to compare us with each other," he added. "It actually gives me the incentive to do as much as he did. It's important to always do better."

Given the Haas F1 team's performance over the course of 2020, it would be prudent to set expectations in place regarding the son of the seven-time world champion Michael.