Mercedes: We've got a list of problems that we need to get stuck into

Andrew Shovlin says Mercedes have a list of problems and areas to resolve and improve ahead of next weekend's Russian Grand Prix. 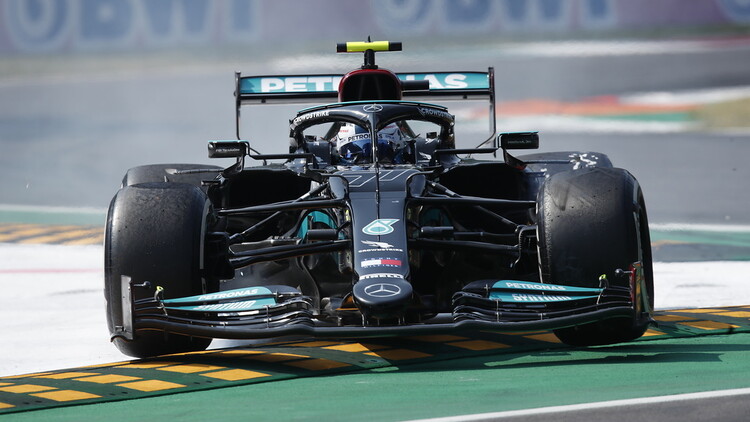 Mercedes Trackside Engineering Director Andrew Shovlin says the team "have a list of problems to get stuck into" with "possibilities for development".

Lewis Hamilton's chances of ending Mercedes' winless streak, which dates back to Silverstone, came to an abrupt end when he clashed with title rival Max Verstappen at the Italian Grand Prix.

Verstappen's two extra points from Saturday's Sprint Qualifying race at Monza has given him a lead of five points over Hamilton, having been behind at the start of the triple-header sequence.

"There is no doubt that triple-headers are tough because you are preparing for one race, then you are doing it, then you are trying to do the work following up from the race while preparing for the next one, and in effect we are working over 20 days in a row without a day off," said Shovlin. "Everyone is feeling that a bit.

"The other thing is it doesn't all finish on Sunday evening. We've got another four, five days in the office here looking at the learnings from those three races.

"We've got a list of problems that we need to get stuck into, areas we can improve, possibilities for development, so those are all pretty busy areas and then also we've got to look ahead to that next race in Russia."

Mercedes extended their advantage over Red Bull in the Constructors' Champio,nship to 18 points in Italy with eight rounds remaining.

Monza suited the characteristics of the W12 and the next race in Sochi is also expected to play to Mercedes' strengths.

Mercedes have won every Russian GP since the event joined the F1 calendar in 2014 and will be looking to continue their 100 percent winning record at the Sochi Autodrom.

"We are reviewing the simulations there, that's also going to be a flyaway race, so we are going through which parts we are going to need on the ground there in Russia to race with," said Shovlin.

"It is pretty much non-stop but nice to get to the back of that triple-header and we are looking forward to the next three single-header events where there is a bit more time to recover in between."