Mercedes were stunned by the extent of Lewis Hamilton's dominance in Qatar, as his pace was quicker than even their simulations predicted. 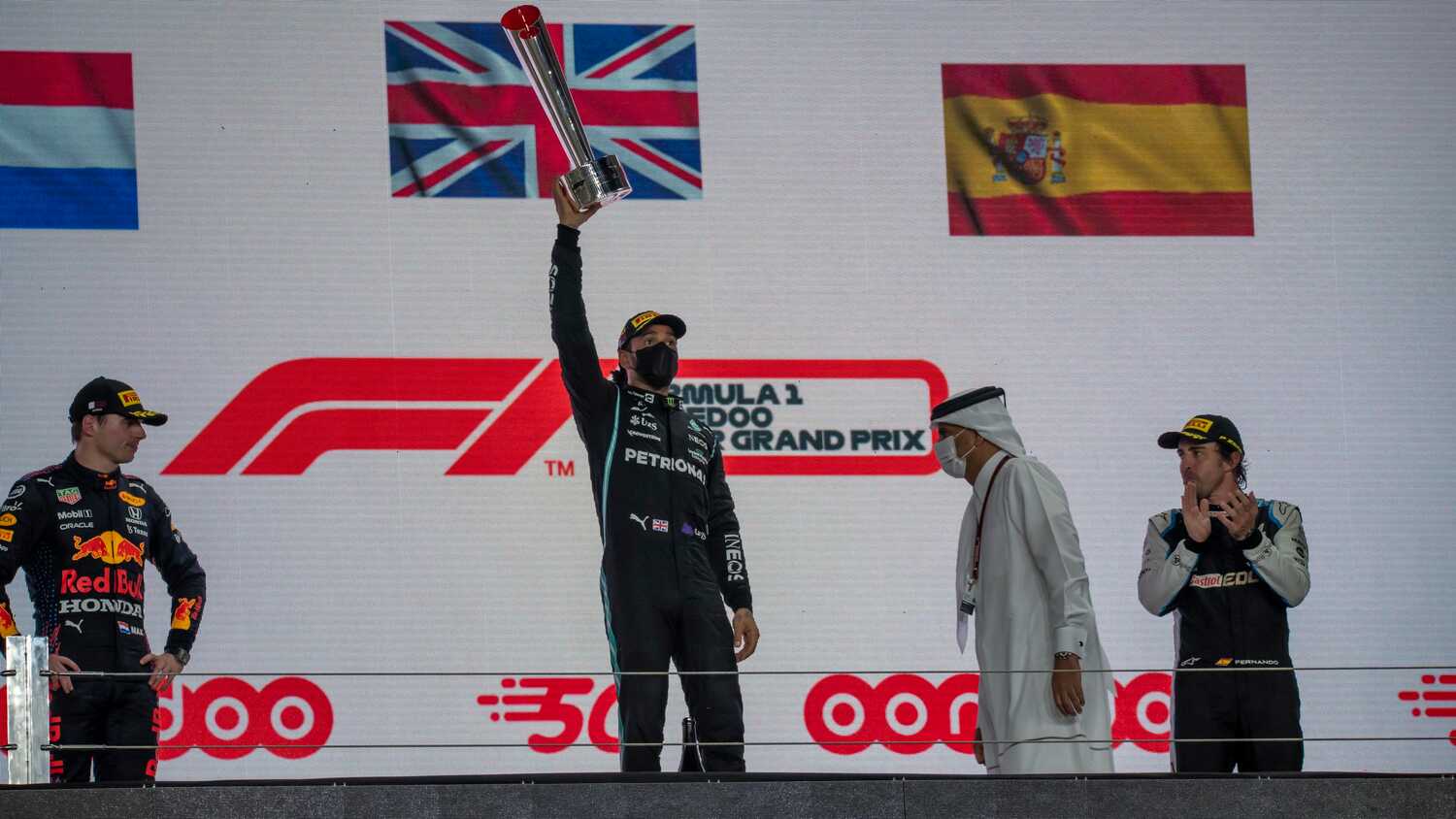 Mercedes' Andrew Shovlin has revealed that Lewis Hamilton's pace in Qatar exceeded even their own expectations and simulations, with the reigning World Champion "digging deep" in the final races of the 2021 season.

Hamilton claimed an uncontested win in Qatar, with title rival Max Verstappen a reasonably distant second, meaning the Mercedes driver closed up a further six points in the championship standings, having also taken victory in Brazil.

With Hamilton securing pole position on Saturday by more than four-tenths of a second, Shovlin - Mercedes' Trackside Engineering Director - revealed that the team had never predicted they would have that kind of advantage.

Looking back on the weekend in conversation with the media, including RacingNews365.com, Shovlin said: "We thought we would be good here, but this was the track that, of the three that remained as we came in here, we were perhaps most concerned about.

"From Saturday morning, though, it looked like Lewis had it all under control.

"It's very difficult to predict whether the margins are going to be one-tenth, two-tenths, which is still a pretty handsome margin. We never thought it would be the amount it was, but it all came in that final run."

Hamilton's final effort in Q3 saw him go fastest in all three sectors of the lap, beating Verstappen to pole by almost half a second.

"For him, Turn 1 was good, [and] he said from there it just flowed," Shovlin explained.

"But he's really in the zone at the moment. We can do all our simulations, but nothing explains why he was that far ahead of Max. Fundamentally, it's just down to him really digging deep and doing what needs to be done."

"A huge boost to our confidence"

Shovlin also noted that Hamilton was using the weaker of the two engines left in his pool, with the "spicy engine" debuted in Brazil set to a return at the Saudi Arabia Grand Prix.

With Shovlin working at Mercedes for the entirety of Hamilton's spell onboard the Brackley-based team, he was asked whether the seven-time World Champion is performing at a higher level than ever.

"I think Brazil was the best race I've ever seen him race," he commented.

"Qualifying, that lap was unbelievable. When you think how close Red Bull have been to us, today he had the race under control start to finish.

"Having him there in the car is just a huge boost to our confidence."