Mercedes remain optimistic: We faced a much bigger challenge in Brazil

Mercedes are looking at the positives after being beaten to pole position by Red Bull at the Abu Dhabi Grand Prix. 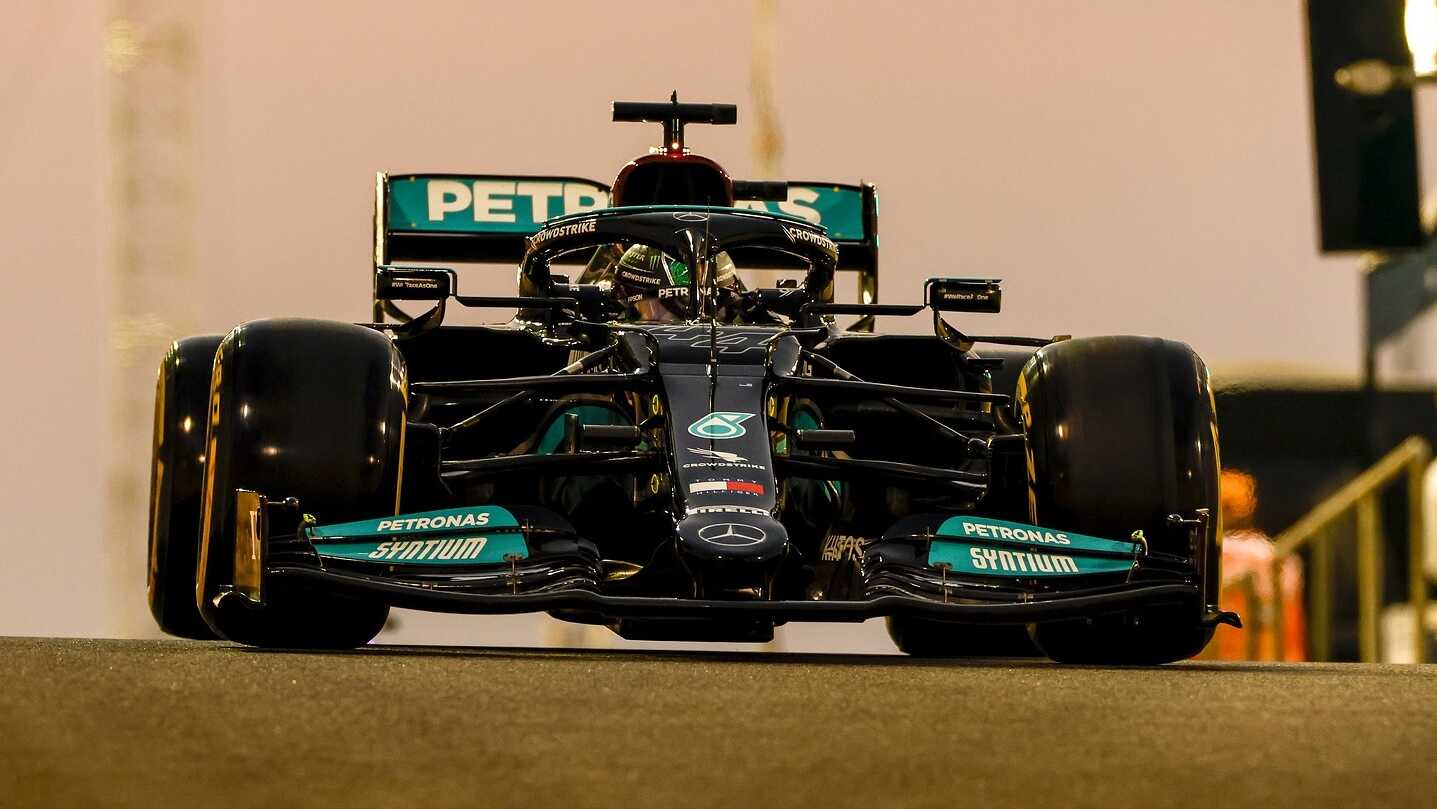 Mercedes remain hopeful of taking the fight to Red Bull in the Abu Dhabi Grand Prix, despite being comprehensively beaten during qualifying.

Lewis Hamilton and Mercedes had comfortably set the pace during practice at the Yas Marina Circuit, but title rivals Max Verstappen and Red Bull came to the fore in qualifying - culminating in a dominant Q3 performance.

Helped by a tow from teammate Sergio Perez, Verstappen finished almost four-tenths clear of Hamilton in the pole position shootout, though the title contenders will still share the front row of the grid for Sunday's showdown.

Mercedes boss Toto Wolff pointed to Verstappen's tow and Red Bull getting their tyres into the right working window as the key factors behind their rivals' qualifying performance.

Andrew Shovlin, Mercedes' Trackside Engineering Director, noted how the W12 appeared to get "less competitive" as the session wore on, with Valtteri Bottas unable to finish higher than sixth, having also switched to an older power unit.

"It was a tricky qualifying for both drivers and, unusually, the car felt at its best in the first session and seemed to get less competitive as we progressed," he said.

Intriguingly, Hamilton will start on the Medium tyre, while Verstappen lines up on the Soft compound, after the pair split their strategies in Q2.

Shovlin added: "It would have made tomorrow easier if we had pole, but we're pleased to be starting on the Medium tyre, and we've hopefully added some long-run pace overnight."

"We've shown that we can recover"

As attention turns to race day, Shovlin referenced Hamilton's charges through the field at the Brazilian Grand Prix three races ago as a reason for positivity.

Having been excluded from qualifying at Interlagos, Hamilton initially rose from the back of the grid to fifth in the Sprint race, before recovering from 10th to victory in the Grand Prix itself, following a separate engine-change penalty.

Shovlin explained that Mercedes will be using this as motivation heading into Sunday's 58-lap encounter.

"We've got a busy night going through the various strategy options for tomorrow, but we've shown good race pace recently, along with an ability to recover positions and pass on track," added Shovlin.

"We had a much bigger challenge in Brazil and showed what we are capable of, so we'll be doing everything possible to get ourselves into a position to bring home the win and the championships."

While Hamilton and Verstappen are tied on points in the Drivers' Championship (with Verstappen leading through victory countback), Mercedes hold a 28-point advantage over Red Bull in the Constructors' standings.