Mercedes: It's our fault that we underestimated 2021 changes

Toto Wolff believes that Mercedes made mistakes in preparing for the aerodynamic regulation changes in the 2021 season, with the team appearing to lose out to Red Bull in terms of speed. 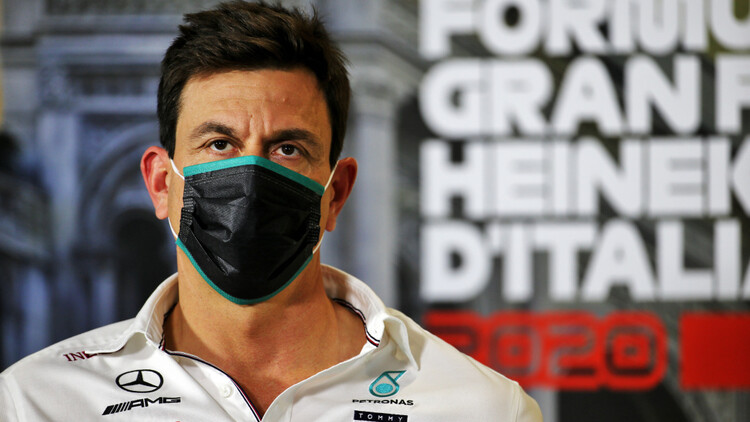 Toto Wolff admits that Mercedes underestimated how they would be impacted by the aerodynamic rule changes introduced for the 2021 F1 season.

The introduction of these regulations involved several changes at the rear end of the car, such as a reduction to the size of the floor, and the Silver Arrows seemed to be particularly affected by these adjustments, with Red Bull often appearing to have the faster car this year.

Wolff thinks that the team's previous dominance means they assumed that they would still carry over that advantage into 2021, something they soon realised was not the case during the pre-season test in Bahrain.

"There has been a big thing that has affected us a lot," Wolff told Autosprint. "The changed aerodynamic rules compared to 2020 have affected us much more than they affected Red Bull.

"It's our fault though that we underestimated this rule change. We had thought that the technical advantage we had in the previous season would be enough to cope with the change and still be the leader.

Wolff admits that this has impacted the team's ability to make progress throughout the season, but feels that they have managed to slowly move forwards.

"It's very difficult to solve the problem then and that's why we have had a difficult time so far this season," the Team Principal explained.

"We have made progress, you can see that. Step by step we are trying to get back to our role."

Mercedes managed to overtake Red Bull at the top of the Constructors' Championship ahead of the summer break, whilst Lewis Hamilton currently has an eight-point advantage over Max Verstappen in the Drivers' standings.