Mercedes admit 'odds are against us' in F1 title battle

Mercedes and Red Bull are going head-to-head for both world titles at the final two rounds of the season in Saudi Arabia and Abu Dhabi. 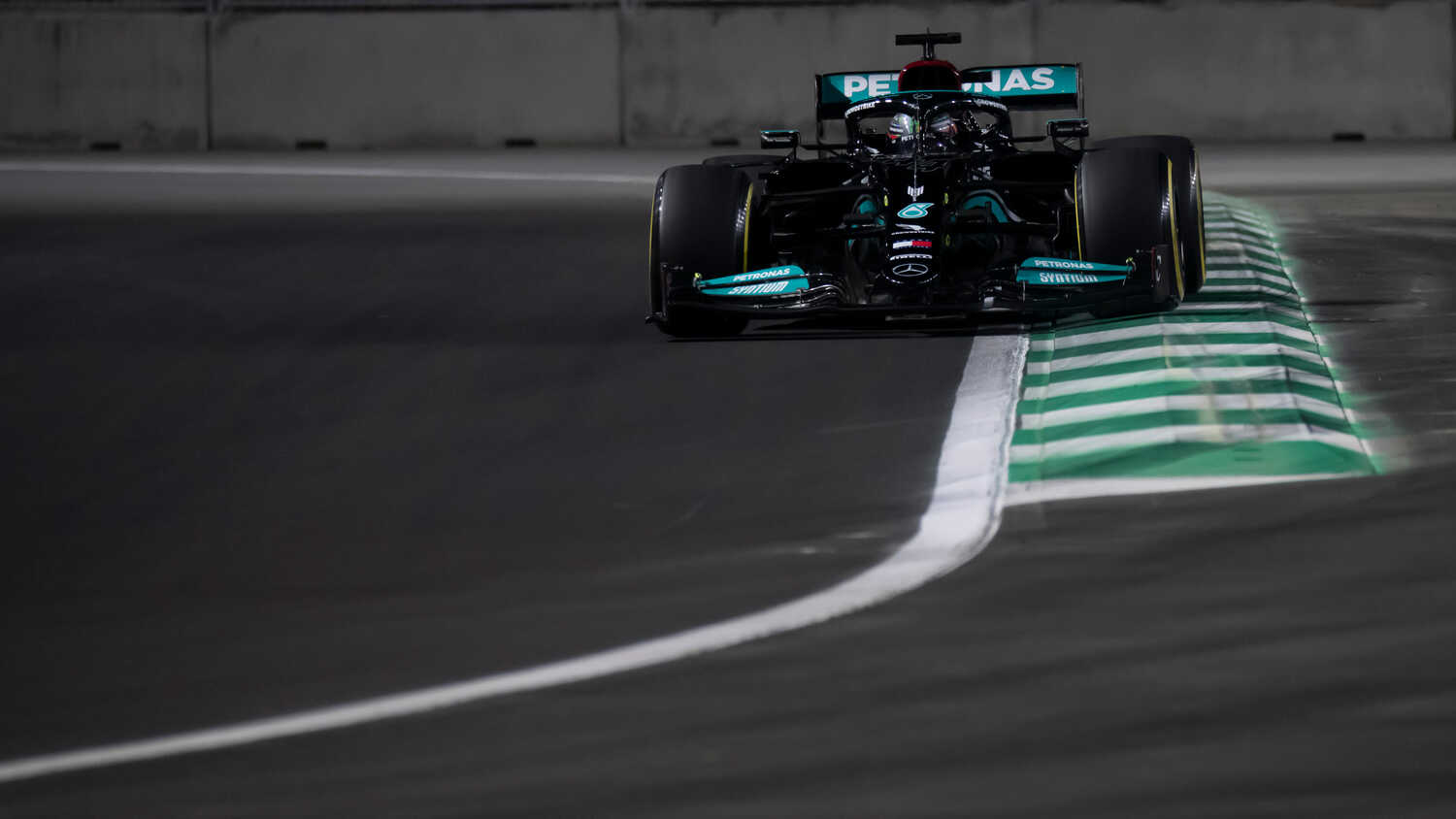 Mercedes boss Toto Wolff offered a realistic take on Lewis Hamilton's title chances following the first day of practice for the Saudi Arabian Grand Prix, admitting that "from a pure paper form, the odds are against us".

While momentum is on Hamilton's side, following victories in Brazil and Qatar, Red Bull driver Max Verstappen still holds an eight-point championship lead and can secure the title this weekend if he extends that advantage to 26 points.

"The odds are against us"

Asked for his mindset for the final two races, Wolff said: "We are eight points behind and we just need to bring every single weekend - like we've done in Brazil and in Qatar - our A-game.

"Only if we do that, we have a chance to win the championship. It's all very much to play [for], but from a pure paper form, the odds are against us."

"It's very simple. We need to win both races. This is the simplified summary."

Mercedes won't give up

Wolff is at least drawing optimism from the fact that the outcome of both world titles remains "in our hands".

Mercedes still hold a five-point advantage over Red Bull in the Constructors' standings, while Hamilton can overhaul Verstappen if he wins the final two races - regardless of the Dutchman's results.

"We never give up, but after Mexico the outlook was grim, again from a sheer probability standpoint," he went on to comment.

"It's much better here, we have it in our hands and that is super exciting and fun, obviously, with all the pressures that come with that."

Risks at the final two races

Wolff also made a point of the various factors that could go wrong across the Saudi Arabia and Abu Dhabi weekends.

"[There are] a lot of risks, because winning a race is not only down to the fastest car and fastest driver, but also reliability has a massive influence, and that is just the essence of motor racing," he added.

"But in summary, we have never imagined we would be even playing for the championship at that stage of the season.

"We had two fantastic race weekends, and we just need to have more in order to fight for this championship."