Sir Tom Moore who raised more than £32 million for the NHS last year by walking 100 laps around his garden passed away yesterday aged 100. McLaren and Lando Norris pay tribute to the fallen hero. 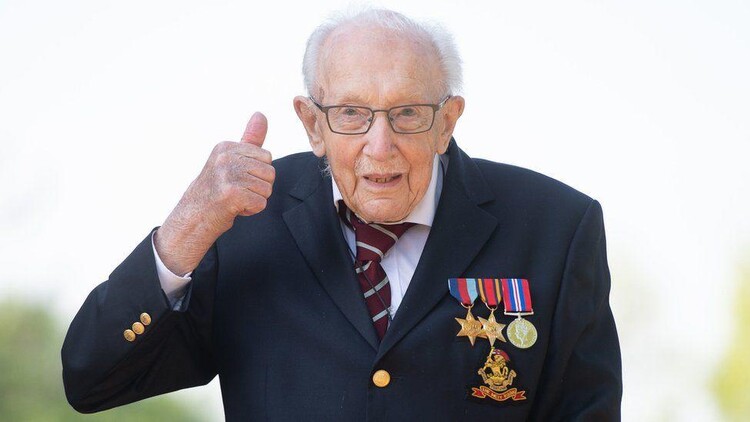 McLaren and their driver Lando Norris pay tribute to Sir Tom Moore, a man who played a key role in raising the awareness of the coronavirus and helping raise a significant amount of money for the NHS.

After contracting the coronavirus last year, Sir Tom Moore became one of Britain's most cherishable figures when he raised over £32 million for the NHS by walking 100 laps around his garden using a zimmer frame. The British centenarian sadly passed away yesterday.

"Everybody at McLaren is deeply saddened to hear the news of Captain Sir Tom Moore’s passing," said McLaren in a tweet.

"His remarkable resilience, courage, and optimism will continue to inspire us all. Our thoughts go out to his family at this difficult time."

Lando Norris who last year spoke to the centenarian, inviting him to the McLaren Technology Center, also shared his condolences.

"With sadness one of the coolest and most inspiring characters has passed away," said Norris on Twitter.

"A man who showed the world what you can do no matter the age or difficulty. It was a pleasure to share some good laughs with you, I’ll remember them."

"To an inspiration. Rest in peace Captain Sir Tom."

We at Racingnews365 would also like to share our condolences to the family of Sir Tom Moore.

The tweets from McLaren and Norris can be viewed below.