Mazepin: Schumacher shouldn't expect to have it too easy

Nikita Mazepin has apologised to Mick Schumacher after the German was angered by Mazepin's last-lap move in the Azerbaijan Grand Prix. However, the Russian has also warned his Haas teammate about future battles. 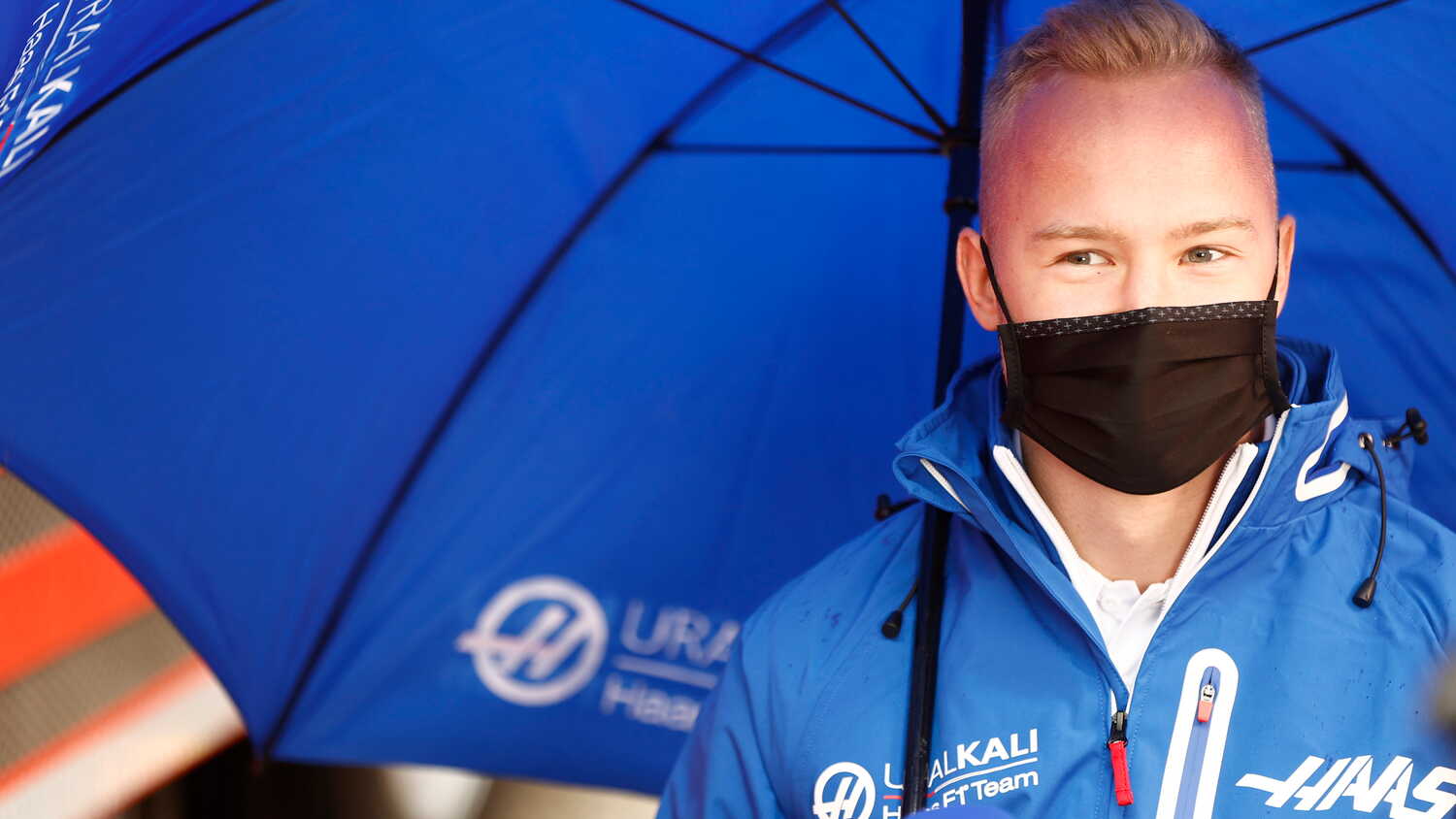 Nikita Mazepin has warned fellow Haas driver Mick Schumacher not to expect to "have it too easy" after Schumacher was left angered by his teammate's actions in the Azerbaijan Grand Prix.

The German was upset when Mazepin suddenly moved to the right as he tried to overtake the Russian near the finish line on the last lap of the race. Whilst Mazepin went on to apologise for the incident, he has also suggested that he won't be afraid to battle in the future.

"Our discussions that go on within the team I believe should stay within the team," Mazepin told RacingNews365.com and other select media. "However, if it was already brought out, I would say that I apologised to him, as that's how he felt and he clearly was very upset.

"But I would just say that it's very important that he doesn't expect to have it too easy, and I'm never going to not block, for one reason or another. But I clearly just didn't expect him to be where he ended up being.

"If he felt the way he did, I said sorry, because that's what I think I should be doing. However, it wasn't for my particular doing."

Mazepin has played down the incident, arguing that both cars still finished the Grand Prix intact, and he feels comfortable that there will continue to be a "positive vibe" within the Haas team.

"There was no incident, both cars returned to pits with front wings and the paint job was as polished as it was just before the race," the Russian driver said.

"I would like to look at that in a pretty positive way. I think we had a bit of a misunderstanding between us and obviously going into your last lap, it's a pretty hectic race.

"I thought he would choose the inside line and he chose the outside line, and when I saw that he committed to it, I ducked out of it, because in the end we're not fighting for any points and the team's result is the priority.

"I think we have a positive vibe, if I can call it like this, in the team, and it has been like that since day one and it continues to be so. We're both young drivers pushing the limits, you get to a point like this.

"But like I said in the beginning, as long as both cars are returning in one piece with each other, I feel that's fine with the team boss."