Mazepin 'extremely sorry' for near miss with Hamilton

Nikita Mazepin was quick to apologise to Lewis Hamilton after a close call in the Turkish Grand Prix. 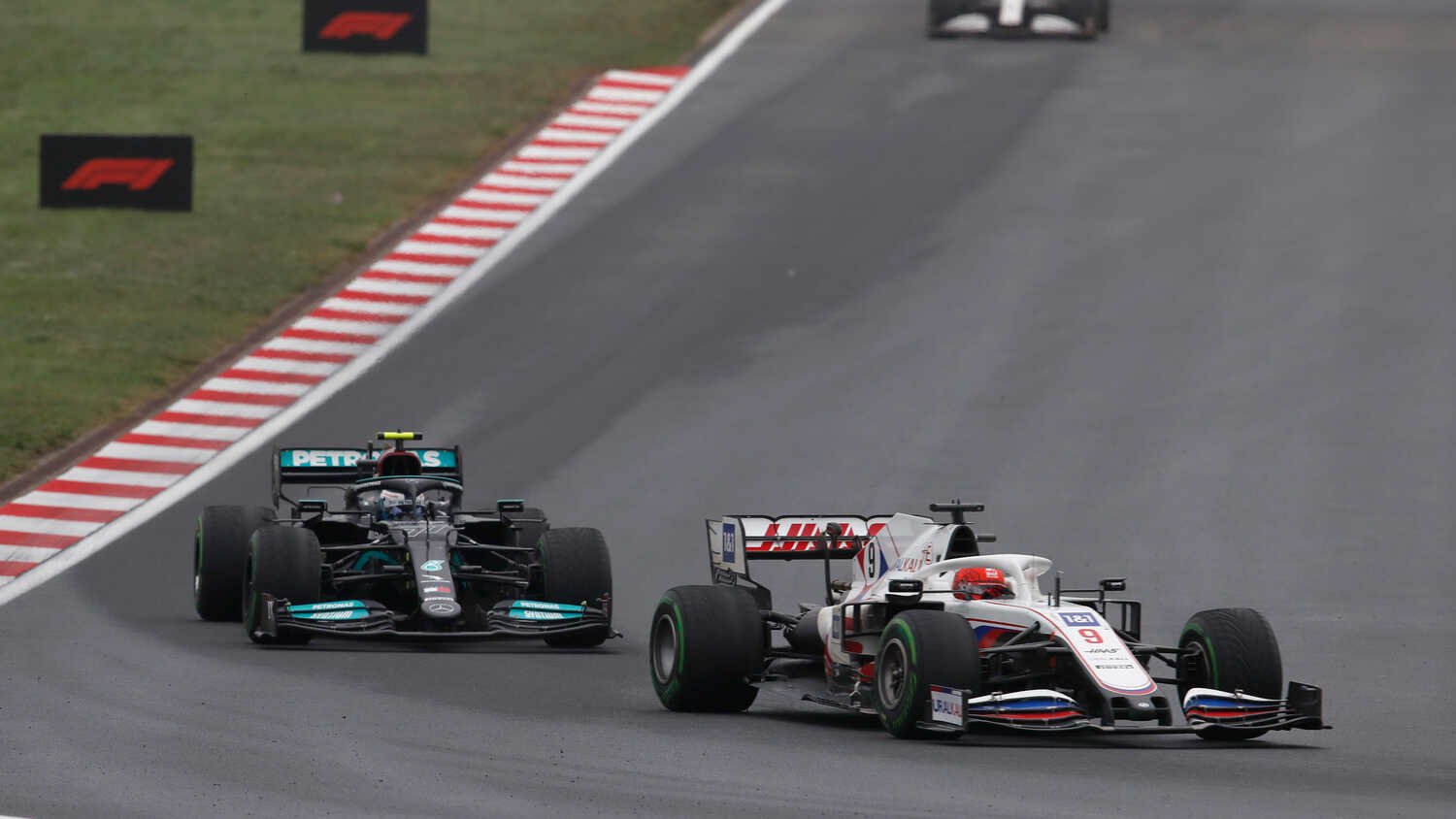 Nikita Mazepin has apologised to Lewis Hamilton after the pair almost came together when the Mercedes driver attempted to lap the Haas rookie midway through the Turkish Grand Prix.

Hamilton caught Mazepin on the approach to the high-speed Turn 11 on Lap 28 of Sunday's wet race at Istanbul Park and looked to find a way past, but the Russian remained on the racing line, forcing Hamilton to slow down.

Mazepin explained after the race that he was "driving blind" in the tricky conditions and felt "extremely sorry" to have impeded Hamilton's recovery from 11th on the grid to fifth position.

Mazepin had a new race engineer for the weekend, with Ayao Komatsu (who previously worked with Romain Grosjean) stepping in for Dominic Haines, who was absent for personal reasons.

Despite radio messages confirming that he was informed of Hamilton's position relative to him, Mazepin said: "I've been complaining to the team that I can't see anything with the mirrors.

"I do need proper guidance in my ears on where the other cars are, because in all the spray… Turkey isn't exactly the cleanest spray that we have, so it flies and dries out.

"I was driving blind and when you get so many cars overtaking you, lapping you actually not once, but even twice… it was just a disaster.

"I'm happy that we managed to get [out of] the way, but I'll see Lewis and apologise to him."

FIA Race Director Michael Masi revealed that Mazepin approached him post-race to give his account.

Masi described Mazepin's driving as "a bit rude" but felt no further action was necessary after the stewards reviewed the incident.

"Nikita came up to me straight after the race and said, simply put, that [he had] water spray in his mirrors and so forth," Masi explained to RacingNews365.com and other members of the press. "But he was also going to apologise to Lewis, because he just simply did not see him there, and got out of the way immediately.

"It was looked at, but there was nothing further [to act on] from that point."

It is not the first time that the pair have come close to colliding this season, with Hamilton encountering Mazepin's slow-moving car during first practice for the Austrian Grand Prix, ruining the Briton's lap.