Lewis Hamilton was seen attempting to reverse his car back onto the track following his collision with Max Verstappen at the Italian Grand Prix. Whilst this was unsuccessful, Michael Masi has responded to questions about the safety of the situation. 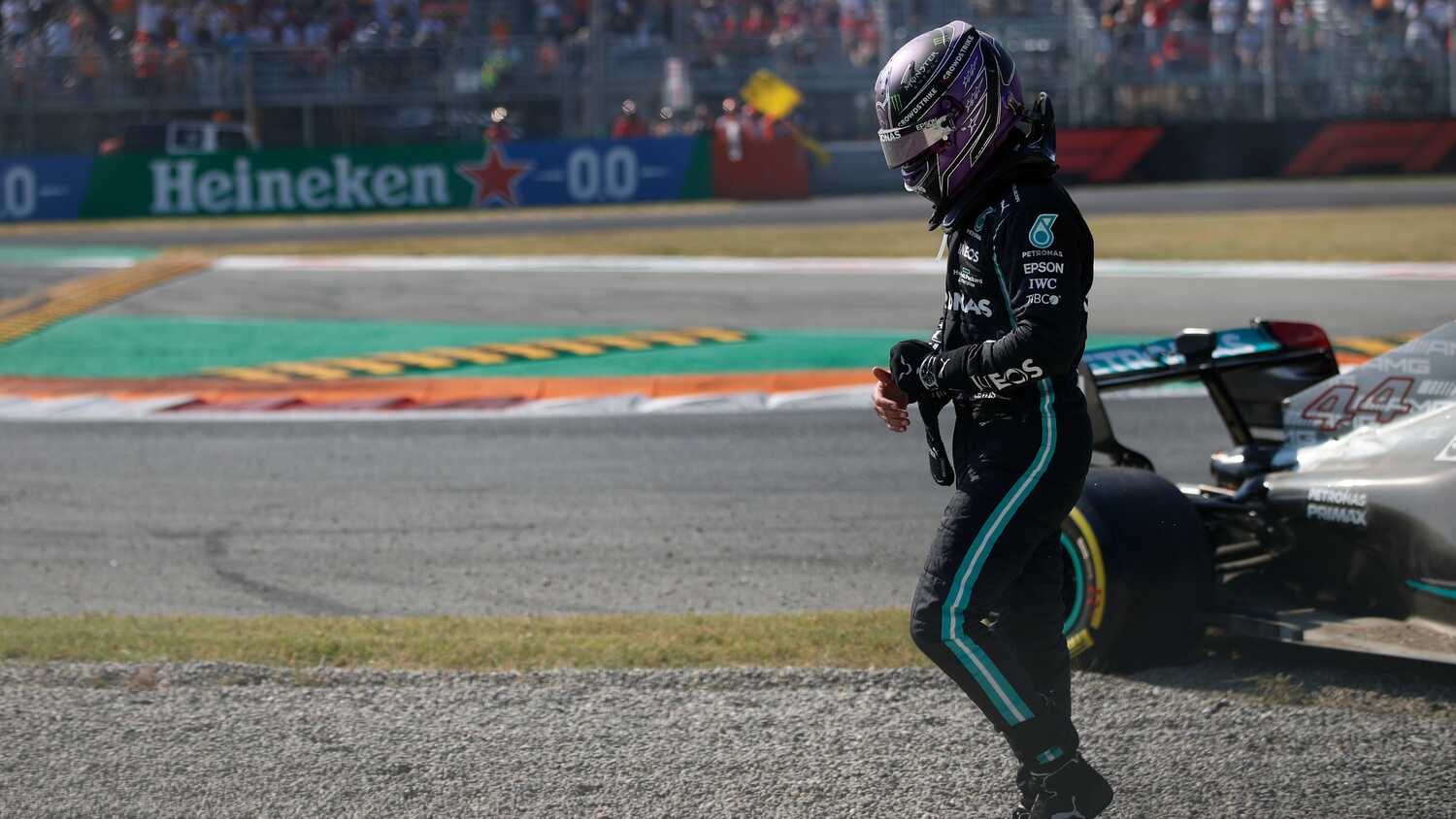 Michael Masi has explained why the FIA did not try to intervene when Lewis Hamilton attempted to reverse back onto the track after his crash with Max Verstappen at Monza.

The Red Bull of Verstappen ended up on top of Hamilton's Mercedes following their collision into the second chicane on Lap 26 of the Italian Grand Prix.

Whilst Verstappen walked away from the wreckage, Hamilton was seen trying to reverse his car out, but this effort proved unsuccessful.

When faced with questions about whether the FIA were concerned by this, F1 Race Director Masi argued that they felt the situation was not dangerous.

"[We] didn't try to stop them [Hamilton and Mercedes] whatsoever," Masi told select media including RacingNews365.com. "I don't think [it was a dangerous situation] at all.

"I think the team, as all those teams do, would have done it in a very safe manner.

"From the perspective that we had from the CCTV, I couldn't see Lewis moving anywhere, as in the car moving back out, just from the angles on that. But fair credit for trying."

In terms of the usual procedures for handling incidents in races, Masi said there was no change to this in regards to the Hamilton and Verstappen collision, despite the fact that, in this instance, one car had ended up on top of another.

"I think the big part with that one wasn't so much different procedures," Masi explained. "It was relatively low speed, [which] is probably the first part [of why procedures weren't different].

"It wasn't at high speed, relatively high speed [like] some of the others, so we go through our normal processes of having a look at what's happened. [It's] not really [different] from a procedural perspective."

Verstappen received a three-place grid penalty for his role in the incident, which he will serve at the next Grand Prix in Russia on 24 - 26 September.