Marko hoping for 'common sense' between Hamilton and Verstappen

Red Bull's Helmut Marko believes Max Verstappen and Lewis Hamilton will never be friends, but urged the pair to use their common sense when going wheel-to-wheel in battle. 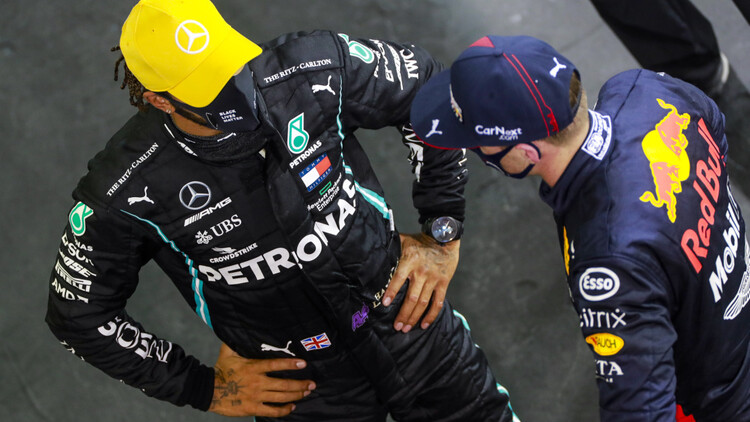 Red Bull's Helmut Marko is hoping that the on-track rivalry between Lewis Hamilton and Max Verstappen doesn't escalate, and is urging common sense to be used by both drivers as they zone in on the climax of the 2021 F1 World Championship.

In the wake of another high profile collision between the pair at Monza, Marko admitted the two title protagonists are unlikely to ever be friends with each other but is hopeful of respect between them, and between their teams.

"No, I don't think so. They are two completely different characters," Marko told RTL when asked about whether a friendship is likely.

"These are also two different companies with different philosophies and different approaches. That's all now a little stirred up, but they don't have to be enemies either. There has to be mutual respect, that's enough."

Marko admitted that Red Bull had spoken to Verstappen about the Hamilton clash after Monza, for which the Dutch driver was given a three-place grid penalty for Sochi this weekend.

But the Red Bull advisor acknowledged that there's little they can do to influence Verstappen's approach to racing on-track.

"From our side, we try to influence Max so that there is mutual respect and collisions are avoided," he said.

"However, they remain drivers and once the visor goes down, everything is forgotten. Hamilton is the most successful driver and very experienced and Max has also completed more than 100 Grands Prix.

"I think common sense will prevail for both of them."

With Verstappen ahead by a precarious five points as Formula 1 heads to Russia, Marko maintains that Red Bull want to win emphatically on track, rather than scraping across the line after multiple collisions.

"We are ahead in theory, but we want to extend our lead with resounding results," he said, "and not by saving our lead at the end of the season with eight collisions."