Marko and Horner lash out at new pit stop rules

Red Bull's Helmut Marko and Christian Horner have both voiced their displeasure with the new pit stop rules that will force them to slow down the length of their stops. 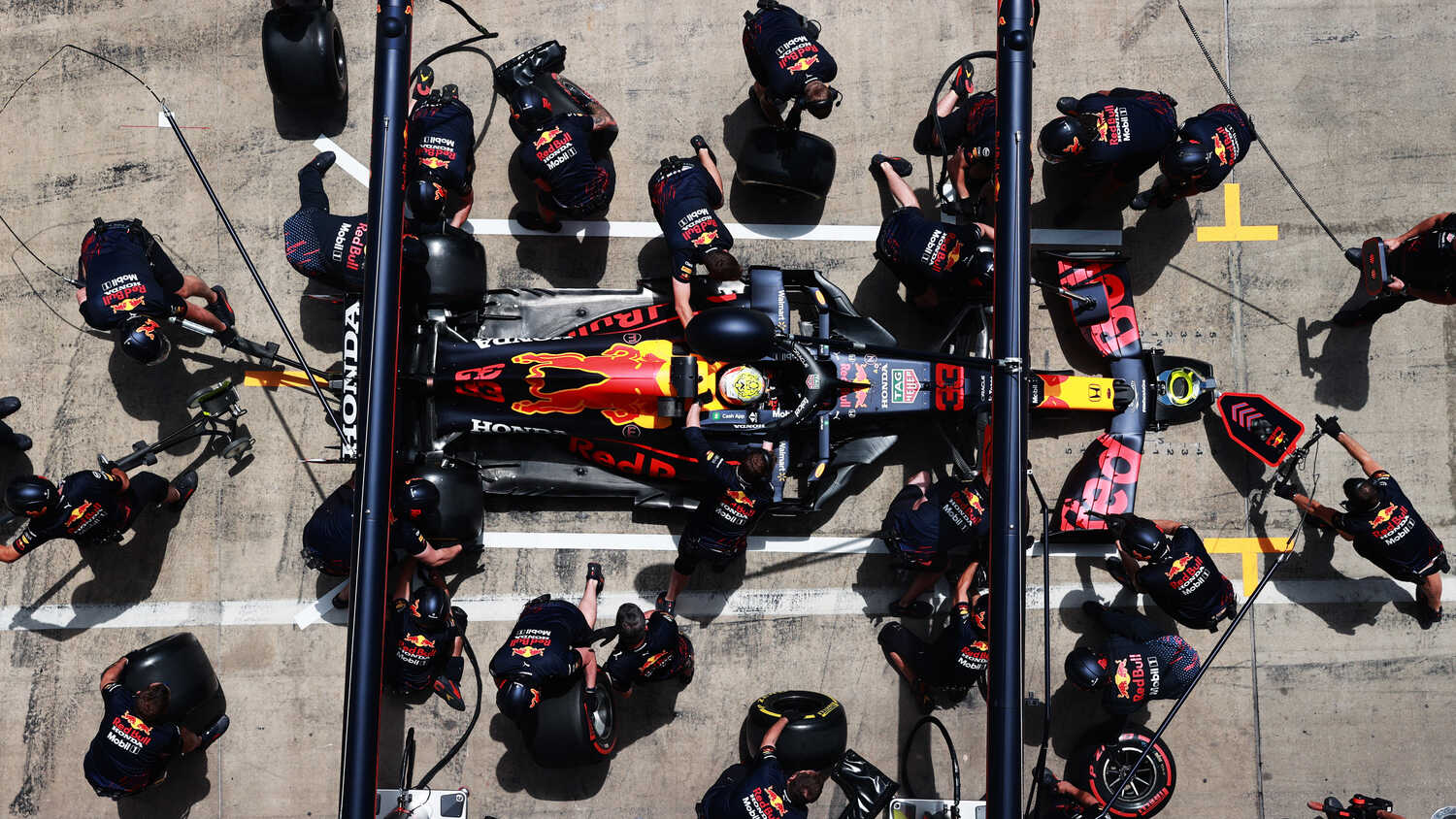 Helmut Marko and Christian Horner aren't happy with how the FIA have handled the introduction of the new pit stop rules, after the governing body introduced a Technical Directive that will force teams to introduce a 0.15 second gap between the wheel nuts being fully tightened and the following positive signal from the mechanic.

Red Bull have been the frequent winners in the pit lane battles, with sub two second pit stops the norm for the Milton Keynes team. Marko is particularly incensed by the rule change, labelling them as 'unnecessary'.

"The proposals are complex, half-baked and completely unnecessary," he told the Kronen Zeitung .

"Red Bull holds the pit stop record and in 2020 we were the fastest team in the pit lane 15 out of 17 races. Now that other teams can't match that, they suddenly think we are doing dangerously. They want a minimum reaction time between the moment when the stop is completed and the moment when the car is allowed to drive away."

Marko explained that Red Bull will be arguing with the FIA about the change, which is set to be brought into effect for the Hungarian Grand Prix onwards.

"There is a technical directive, but of course we are going against it because the whole situation makes no sense," he said.

"Again, fast pit stops are part of the sport and the show, they are part of it. Our advantage in the pit lane does not come from our financial possibilities, but through hard training and making the best use of the circumstances.

"We don't understand what is dangerous about our pit stop. The penalty for a bad pit stop is that you lose a wheel and then your driver's race ends. From a safety perspective, the new rules don't help at all.

"The rules have only just been announced and we'll see what comes of it. One thing is for sure, we won't just let this happen without a fight."

Speaking on Friday in Austria, team boss Christian Horner was perplexed by the introduction of the rules, saying that he felt the forced time gap actually makes stops more dangerous.

"After the earlier discussions and directives that have been on the pit stops and I think to have to hold a car for two tenths of a second I think you could almost argue that it is dangerous because you are judging your gaps and the guy is releasing the car is having to make that judgement and it’s not been well thought through.

"Formula 1 is about innovation and competition and seeing pit stops in sub-2 seconds is a remarkable feat and we should be encouraging it, not trying to control it. Otherwise, where does it stop? We’re going to be told which way we should walk into the garage, where we should sit on the pit wall and which buttons we should press, I guess."