Alex Lynn won his maiden Formula E race in a controversial second round in London after Lucas di Grassi was black flagged when leading. 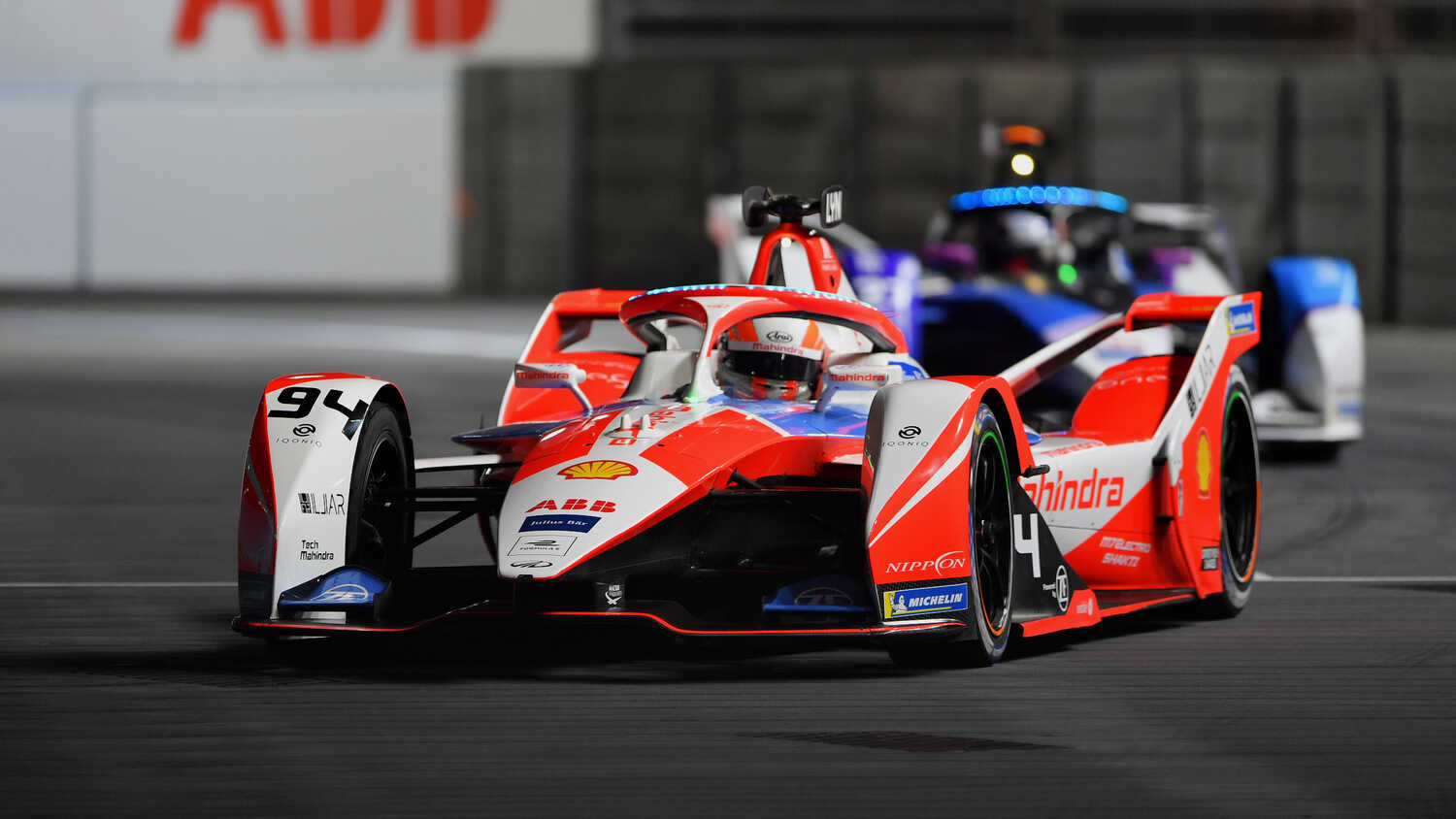 Alex Lynn won a manic London E-Prix after Lucas di Grassi was disqualified when leading for a controversial move under the safety car.

There was an argument in the second half of the race between the stewards and Audi team principal Allan McNish when Di Grassi was given a drive-through penalty.

However, the Brazilian did not take the penalty and crossed the line in first place despite being given a black flag and was disqualified for his actions. It gave Lynn his first win of the season with Nyck de Vries in second after a great drive to move to the top of the Drivers' Championship.

Lynn took advantage of a chaotic second safety car restart when Stoffel Vandoorne was forced out wide and to a momentary stop when running in second place, behind Di Grassi, due to Oliver Rowland's late lunge at the Turn 10 hairpin.

As Di Grassi came under scrutiny from the stewards, Lynn held off De Vries who had strong pace and at one point was looking good to be part of a Mercedes 1-2 with Vandoorne. However, he bent his steering and did not have the same speed which saw him make some bold overtakes as he did on Saturday.

Mitch Evans had a clash with De Vries on the same lap but went on to finish third in his Jaguar. Robin Frijns held onto fourth with a train of cars behind him on the final lap of the race including Pascal Wehrlein in fifth and Maximilian Gunther in sixth.

Further down the order, Antonio Felix da Costa lost out having had a strong initial drive from 22nd on the grid. Da Costa was running in 12th when he came across Andre Lotterer on the start/finish straight. Lotterer didn't leave Da Costa any room which caused the Portuguese driver to hit the wall which ended his day.

Sam Bird failed to score any points after he collided with Norman Nato on the penultimate lap of the race as he endured a nightmare weekend on home soil. Bird will also serve a three-grid place penalty for causing the accident at the next race in Berlin next month.

After all the mayhem, De Vries leads the way in the championship by six points ahead of Frijns with a 14 point margin to Bird. Two rounds remain, both taking place around Berlin's Tempelhof Airport on August 14-15.