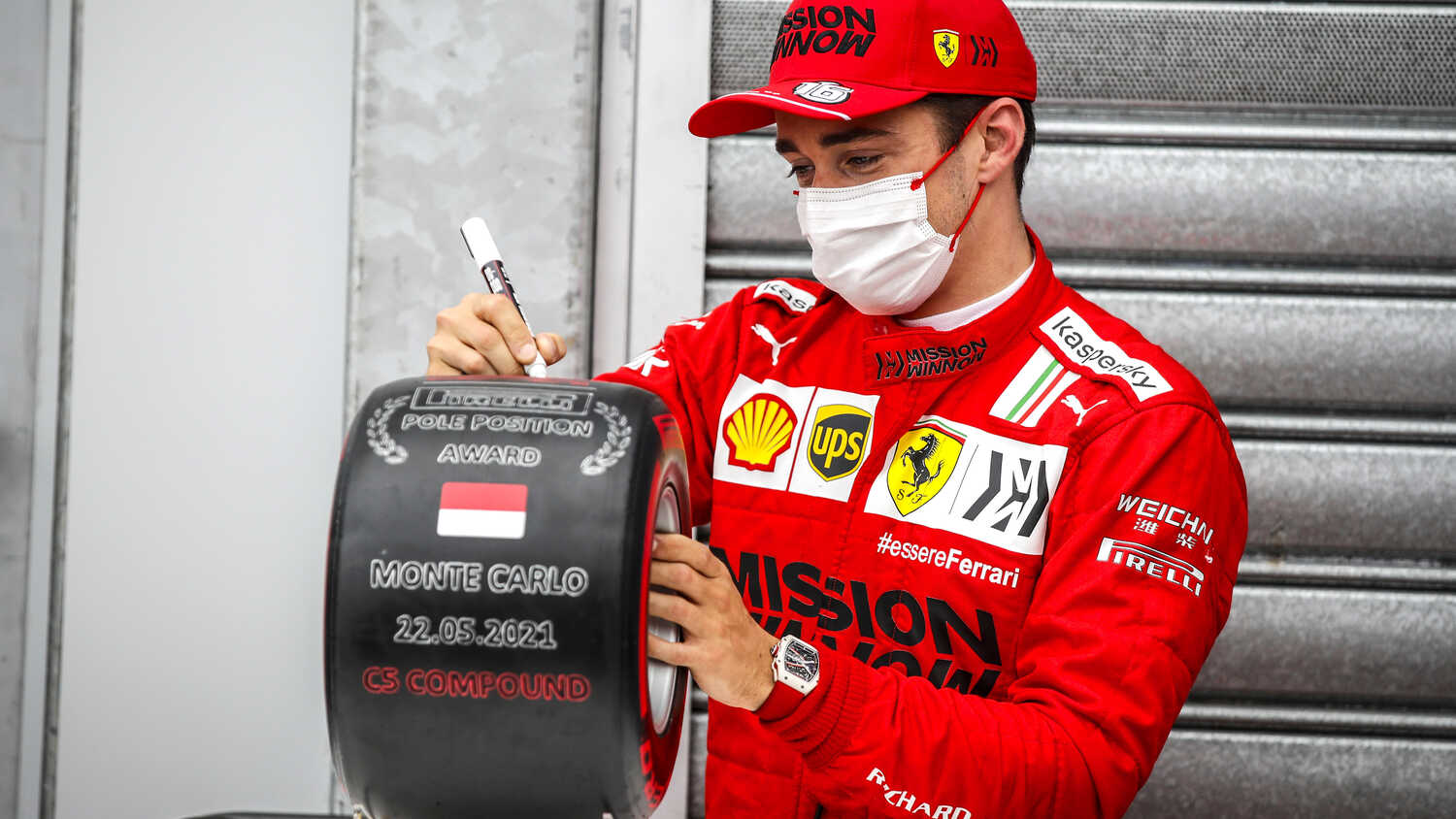 Charles Leclerc's pole position laptime should not be deleted as a means of punishment for bringing out the red flags at the end of qualifying.

Leclerc's pole time went unchallenged on the final runs in Q3, due to the red flags ruining the flying laps of Red Bull's Max Verstappen and Mercedes' Valtteri Bottas.

In IndyCar, such circumstances would result in Leclerc having his time deleted, but the Monegasque's rivals don't believe such a rule being introduced in Formula 1 would be fair.

Well, I think there is a difference when a guy makes a mistake and hits the wall and or doing it intentionally," Verstappen told select members of the media, including RacingNews365.com.

"I think if Charles would have just parked with a broken front wing, it's a different story. But, of course, he just clipped the wall initially and then ended up where I ended up twice!" he said, referring back to his own crash at the same corner in 2018.

"So it's just unfortunate, I mean, I'm disappointed not to have a shot at pole. But that's life, sometimes you can't do it. It's fine. I don't think his lap should have or should be deleted in the future if, possibly, they want to make rule changes. I don't think that would be fair, because we're all trying so hard. It's easy to make a mistake."

Bottas, who starts the race from P3, agreed with Verstappen, saying: "I think the regulation is fine. It is what it is. Sometimes in this sport, things don't play into your hands. Sometimes we get lucky, sometimes unlucky, and that's what happens."

Leclerc agreed that he could see the logic behind why such a rule might exist, but that the error was very clearly a mistake given the scale of the impact might yet result in a grid penalty.

"I think I can get from where it's coming from and surely if I was doing it on propose I would have made sure to hit the wall a bit less hard" Leclerc said.

"But that wasn't on purpose, obviously I was pushing the limits and for now I'm just worried about the rear of the car. Hope it's okay. It doesn't look okay. But let's wait and see.

"As Max said, on a city track like this where we are pushing the limit, mistakes happen. It's a different story when it's done on purpose, but I think it's pretty obvious for today."