Ferrari's Charles Leclerc has explained why he sometimes makes particularly glaring errors, and how he tries to learn from every single one. 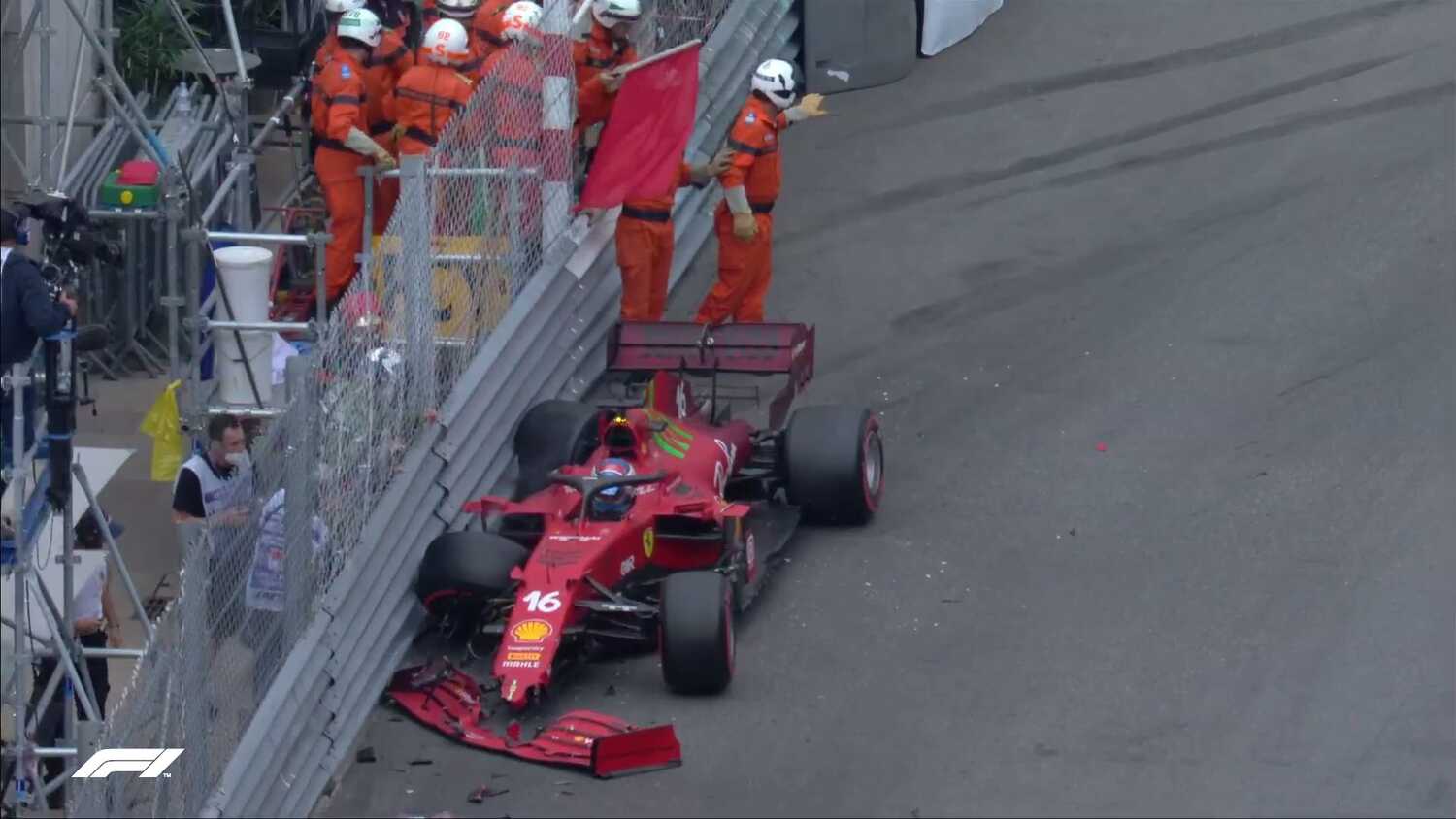 Charles Leclerc has explained why he sometimes makes particularly big errors while driving, saying that it is out of a desire to produce "something special".

The young Monegasque racer is unquestionably one of the leading lights of the upcoming generation of racers, and has already won two Grands Prix in his career with Ferrari as the Scuderia claw their way back to competitiveness.

But Leclerc is guilty of occasional mistakes and crashes, for which he has become famous for his self-berating radio messages.

This season, Leclerc crashed in the closing minutes of qualifying at Monaco while on provisional pole. Fortunately for him, he was able to hold onto pole as other driver's final laps were ruined by the resulting red flag but, had it been at any other venue, Leclerc would likely have missed his chance to earn the top spot as others improved.

"Sometimes I let myself go, the desire to do better leads me to make a mistake," Leclerc admitted in an interview with Italy's Corriere della Sera.

"It is a flaw that has been seen, I believe. In the most difficult moments, I tried to combine something special, different from any other driver, to risk something that others can't do.

"But there is one thing I want to say: I have always tried to learn when I'm faced with having made the wrong assessment.

"The price is also high because you are an F1 and Ferrari driver, but it is part of the game.

"Taking an extreme risk by trying to earn a few tenths means you may be doing the opposite, losing ground instead of progressing. But I am convinced that, in this sport, a driver must seek perfection."

Asked about whether he believes he is the very best in Formula 1 and whether there were any self-doubts, Leclerc said he tends not to focus on the performances of drivers who are in stronger equipment.

“I'm not a person who aims to compare myself to others and therefore I don't think about such things very often," he said.

"I prefer to focus on what I can and must do. I know what my weaknesses are and I am working on them all the time. Every time I make a mistake I dedicate a lot of time to analysis and reflection, I try to understand with the utmost accuracy where I went wrong and where the wrong choice came from.

"Then, like many other drivers, I am convinced that I have the potential to emerge from it stronger. So I want to work hard to bring out the best version of myself."