The Ferrari driver says he had "no regrets" about the team's strategy at the Turkish Grand Prix as he finished just outside of the podium places. 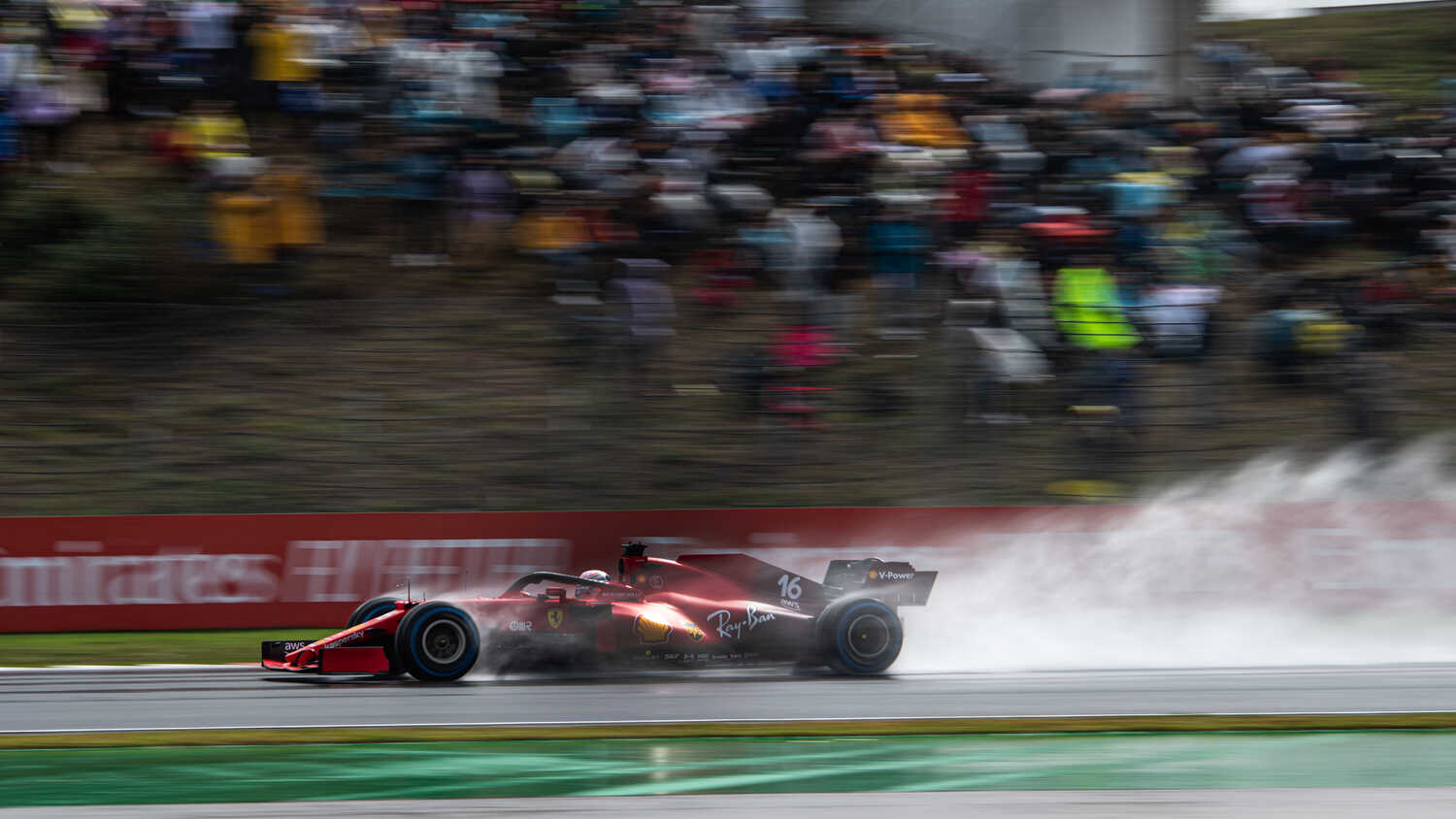 Charles Leclerc says the "strange" working window of the Intermediate tyres "confused" himself and the team which led to his late pit-stop at the Turkish Grand Prix.

Leclerc was leading the race after Valtteri Bottas and Max Verstappen pitted for a fresh set of Intermediate tyres and appeared to be on course for a potential surprise victory.

However, his tyres began to fade and he was overtaken by Bottas, so Ferrari decided to pit him following a lengthy discussion on the team radio.

"It was very strange," Leclerc told Sky Sports about the tyre situation. "I think it was the same for everyone, and that's what confused us a little bit in our choice of when to pit.

"I was on used tyres and I heard on the radio, they were telling me the lap times of Valtteri on the new set of Intermediates, and he was not very quick at the beginning.

"I was like, 'OK, maybe we can stay in front with these used tyres', but the thing is that for seven laps, they struggled massively with graining, and then once they went through the graining, they found a lot pace.

"Once they found that pace, we knew basically that we have to stop, so we stopped, but it was too late.

"For the last 10 laps of the race I was just trying to switch on those Intermediates and that never really came to life, so it's a bit of a shame because that made us lose the podium."

Leclerc initially struggled after his pit-stop, which allowed Sergio Perez to catch and overtake him for the final place on the podium. He managed to hold off Lewis Hamilton, who also pitted late on, to take fourth place.

He thinks Ferrari had "very good" communication during the race, unlike a fortnight ago in Sochi.

"I had a clear picture of the race and I think we did the right choice, or what we thought was the right choice, at the time. It didn't pay off at the end, but it's like this and it was a bit of a strange race with those tyres."