After stating that he aimed to improving his qualifying performance before the 2021 season, Nicholas Latifi didn't achieve this in Bahrain. The Canadian has explained why there was still a sizeable gap to teammate George Russell. 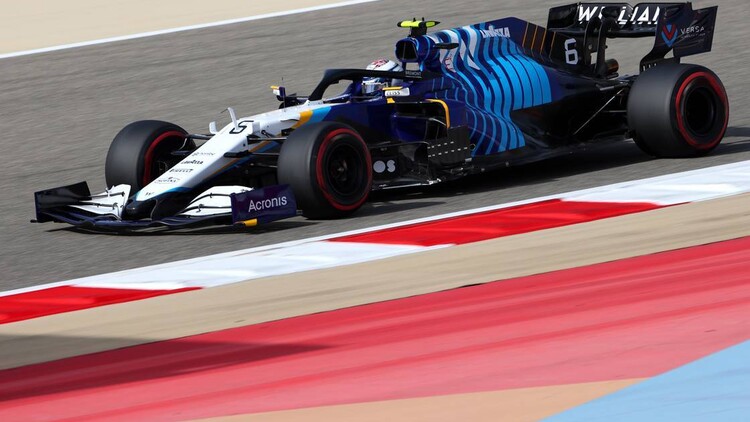 Nicholas Latifi has explained why there was still a significant gap between himself and teammate George Russell in qualifying for the Bahrain Grand Prix, despite having aimed in the pre-season to improve his performance on Saturdays.

The Canadian lined up 17th on the grid for the opening race of the season, but Russell's lap time was six tenths quicker which enabled the Briton to reach the second round of qualifying. Whilst Latifi felt that the car was feeling better than during the practice sessions, the Williams driver has admitted that he struggled with putting everything together for a good lap.

"I was just not able to get the confidence, consistency, car balance that I look for when I want to try to string a good lap together," Latifi told RacingNews365.com and other select members of the press.

"I did get a bit fortunate in one way in that the wind swung 180 degrees just before qualifying, so it created a completely different car balance for the corners [from the practice sessions]. I think [it was] overall a better compromise around the whole lap in terms of the car balance, although still not great.

"I was managing to put laps together, although they were still not laps that I was totally satisfied with, they felt like my best laps of the weekend. But on that second set of tyres, I improved everywhere, I just didn't improve as much as George."

Latifi was hit by some small issues during the qualifying session, including being affected by the yellow flag brought out at the first corner when Nikita Mazepin spun in the Haas, but he admits that Russell still ultimately performed better.

"He just did a better lap," the Canadian explained. "I was struggling with the balance all weekend."

Unfortunately Latifi's fortunes didn't improve much in the race, with the 25-year-old retiring on Lap 52 due to a suspected boost leak. Meanwhile Russell finished in 14th place.