French racing driver Theo Pourchaire speaks exclusively to RacingNews365.com about how he plans on turning his Formula 1 dream into a reality. 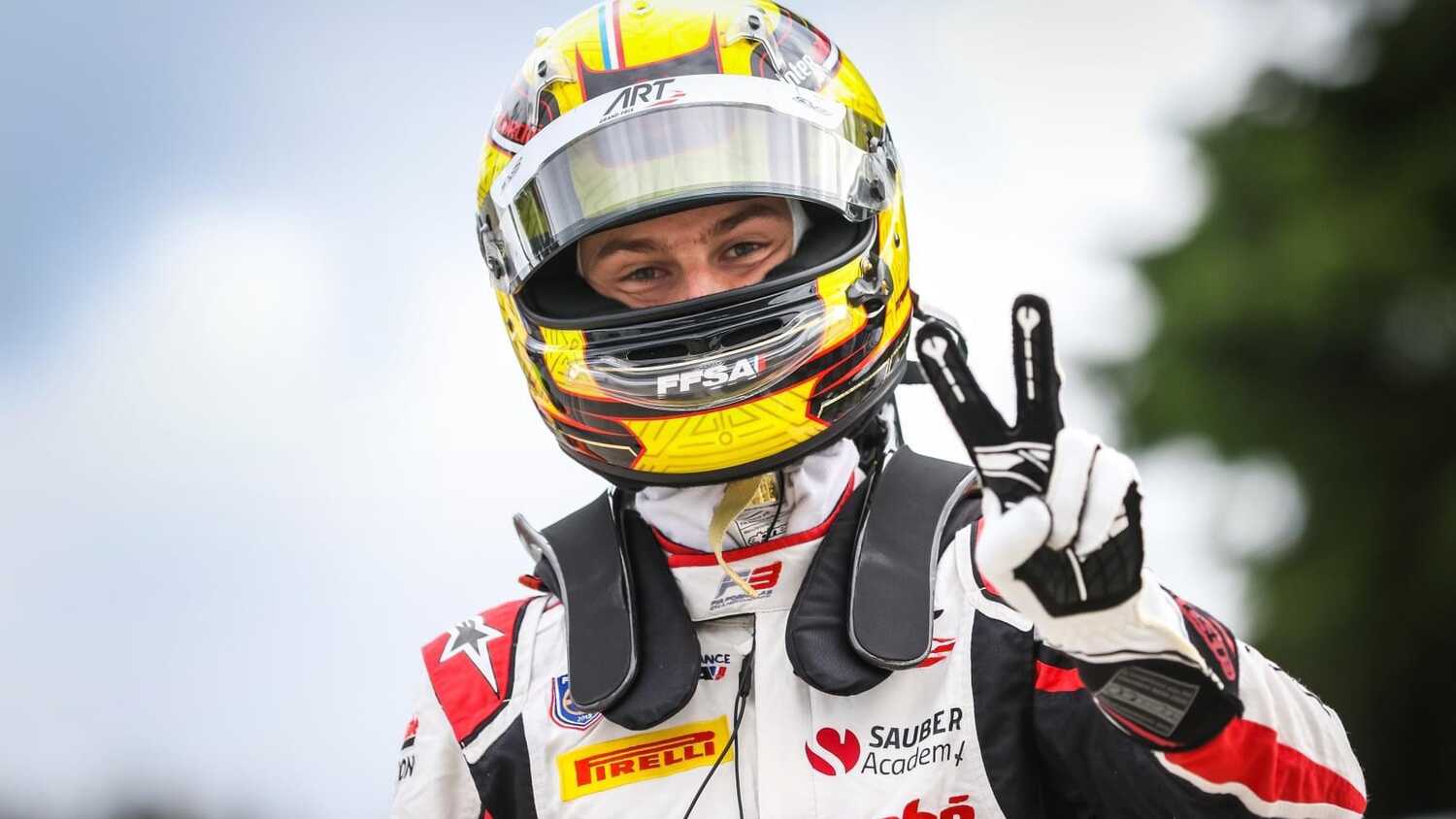 What were you doing at 17? For Theo Pourchaire the answer was making his FIA Formula 2 debut. Pourchaire is the youngest driver on the current F2 grid, but don't let that belie you; despite his age, the Frenchman has a list of accomplishments that mark him out as a potential F1 superstar.

Pourchaire's ascent through the junior formula ranks has been astronomical to say the least. In his three full seasons racing cars, the Frenchman has added back-to-back Formula 4 championships, winning the French and ADAC titles in 2018 and 2019 respectively, before embarking on a Formula 3 campaign that captured the imagination of the motorsport world.

Racing for ART Grand Prix, Pourchaire missed out on the 2020 F3 title by the smallest of margins, losing out to Australian Oscar Piastri by just three points. Despite getting off to a slow start, Pourchaire had a phenomenally consistent campaign scoring two wins and adding a further six podiums, four of which came from the final four races of the season.

His exceptional results in F3 gained him a promotion to Formula 2 where he will continue racing for ART, who themselves are one of the strongest teams on the grid. Alongside that, Pourchaire is a member of the Sauber F1 junior programme.

The Frenchman will now face his biggest challenge yet as he finds himself racing in what is arguably one of the strongest F2 grids ever.

"As a 17-year-old, as a rookie, as the youngest guy on the grid, my goal is to improve myself race after race. I want to keep improving throughout the year and be one of the best by the end of the season. But also every time I hit the track, I want to win, like every driver. I know it's really really difficult, you have to be almost perfect in F2 but for sure I want to win." 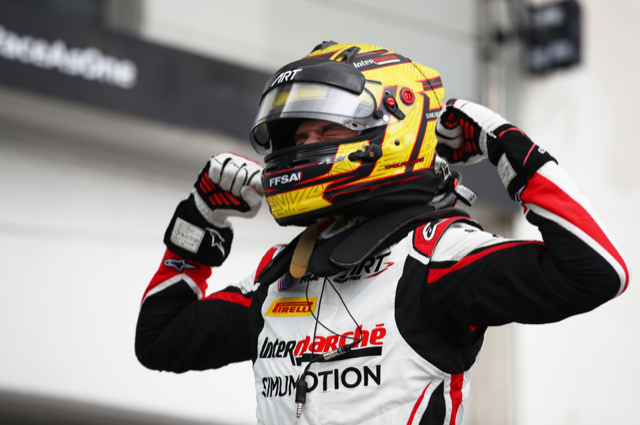 The French racing driver explained how he copes with the challenges of competing against racing drivers who are not only older than him, but who also come with much more driving and life experience.

"I try to not think too much about my age," Pourchaire explained.

"I'm here, I need to fight with the other guys, even if they are 20 years old, 25 years old, I don't really care. I know I have a bit less experience and maybe it's a bit more difficult when you're younger, but I need to beat them anyway.

"There is a lot of mental preparation during all my sport sessions, I tried to give the maximum, I try to push myself over the limit, a lot of simulator as well. For me that (the simulator) is super important because I have not so much experience in single-seaters so I need to train as much as I can on the simulator.

"On track, we have the track walk, we have all the data from the team and we try to work as much as we can."

While Pourchaire is affiliated with a Formula 1 team, the Sauber programme is relatively new and lacks the pedigree of the Red Bull Junior Programme or Ferrari's Driver Academy. With roots that trace back to the late 2000s, the Sauber junior programme can only count Esteban Gutierrez as its sole graduate into the team's Formula 1 operation. Pourchaire, though, isn't deterred, citing how the programme has helped him so far.

"I can understand, the Ferrari Driver Academy, Alpine Academy, Red Bull Academy are there for a long time, they promoted a lot of very good drivers while the Sauber Academy is completely new," Pourchaire stated. 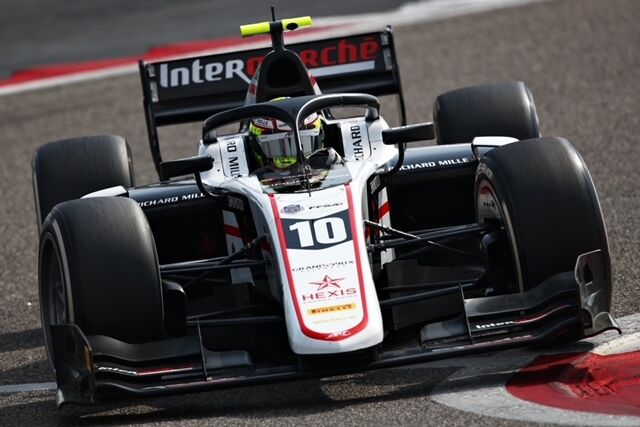 Given his links to an F1 outfit and his obvious talent, it is inevitable that we will see Pourchaire in Formula 1 machinery at some point in the near future. The question of when depends on the ART's performances this year, something he is acutely aware of.

"I think it (the F1 test) depends a lot on the results," Pourchaire stated.

"So yeah, for sure, if you asked the question I would say, 'Yeah I want to drive Formula 1 car this year.' But we have to see how it goes and we have to look at the results in Formula 2 first of all."

The French teenager says there is no additional pressure being placed on him to drive an F1 car within a certain timeframe. The key objective for now, he reiterates, is to improve as much as he can over the course of the current F2 campaign.

"There is no timeline, there is no additional pressure by Sauber, by my family, or by anyone else," Pourchaire emphasised. "Everyone is just pushing me to be the best, they are just telling me that I'm really young and I have a lot to learn. At the moment, I'm not even 18 so I can't even go to Formula 1 (drivers have to be 18 to be eligible for an F1 super license).

"Maybe if I have the opportunity with Sauber and with Alfa Romeo racing, I can go to Formula 1, we will see. But the most important thing is to focus on this year."

Looking at the current F1 season, Pourchaire like every other fan is enthralled by the title fight between pretender Max Verstappen and the reigning world champion Lewis Hamilton. Despite having his own experiences to draw from, the Frenchman is unwilling to pick a winner between the two drivers.

"To be honest, I cannot answer that question, it's too difficult!" Pourchaire joked.

"Max Verstappen looks really fast, really confident, the Red Bull looks very good in the corners but Mercedes is clearly the best team on the grid. Their strategy is on point, (Lewis) Hamilton keeps pulling off masterclass performances, especially with the tyre management, he's really good.

"It's so difficult (to pick a winner) but I hope they will fight all year and we will have a great Formula 1 season."