In photos: 2022 F1 cars take to the track in Barcelona

With pre-season testing underway, all 10 Formula 1 teams have now taken to the track, giving us a chance to spy on each and every one of this season's cars.

Formula 1 has kicked off for 2022, with the first of this season's two pre-season tests now underway in Barcelona.

While most of the teams have already sent their new 2022 machines out on track for filming days over the past couple of weeks, Wednesday marks the first time all 10 outfits have run together to start F1's new technical era.

Red Bull are the big story of the morning after revealing a radical new-look car, almost entirely different to the render images released earlier this month.

Ferrari, McLaren and Mercedes have all taken to the track with cars close to or identical to those presented to the media last week, while the first day of testing has also given us a chance to feast our eyes on new entries from Aston Martin, Alpine, Haas, Williams and AlphaTauri.

Alfa Romeo, which remain the only team yet to officially present their new look, are sporting a camouflage livery for this week's test, with their C42 set to first don its 2022 colours on Sunday (27 February), before taking to the track in Bahrain next month.

Check out a full gallery of the 2022 F1 cars in action below! 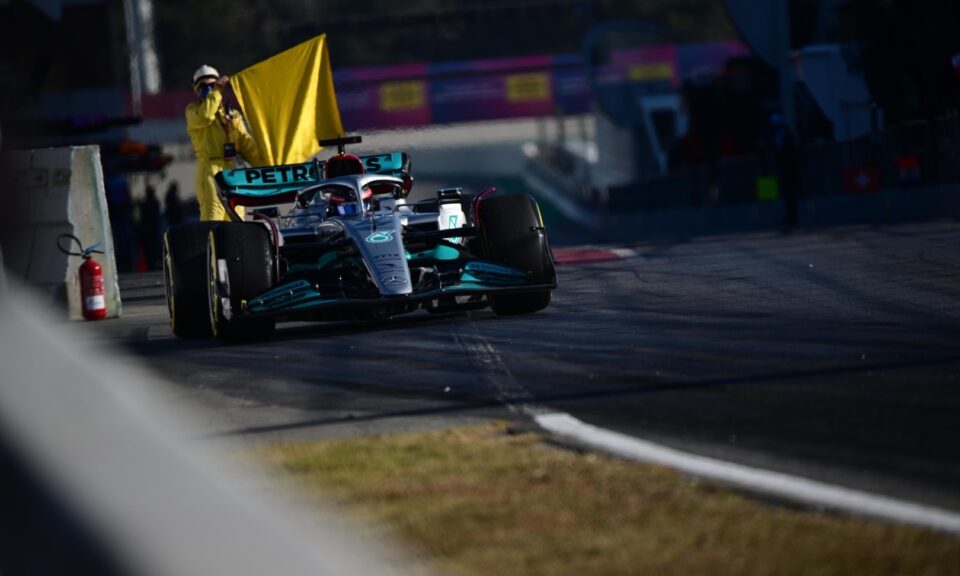 In photos: New F1 cars hit the track in Barcelona

Check out the first photos from this week's pre-season F1 test session at the Circuit de Barcelona-Catalunya.

With F1 pre-season testing getting underway in Barcelona this week, our journalists Dieter Rencken, Mike Seymour and Thomas Maher look ahead to what to expect.