How will F1 decide whether the new sprint format is a success?

The British Grand Prix will see a brand-new format used with qualifying on Friday evening and a sprint race on Saturday before the traditional race on Sunday. 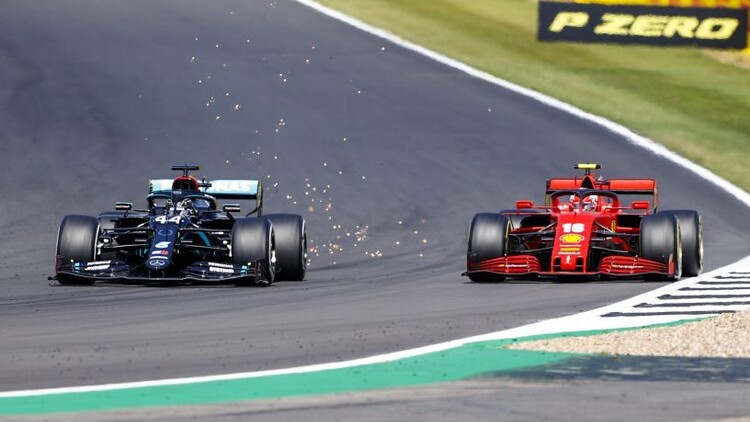 Social media will play a key role in determining whether Formula 1's sprint race format is a success or not during the British GP. The Silverstone event is one of three rounds in 2021 that will use the new sprint format with Monza and either USA or Brazil's Interlagos being the other.

There will be no mandatory pit stop during the 100km sprint race with points on offer for the top three finishers. The pole sitter will be the driver who wins the Saturday sprint race.

“In terms of measuring it [the success], we have our own internal group now that measure all the various parameters and do surveys of fans, avid fans, casual fans, all the different categories of fans," Brawn told RacingNews365.com and other select members of the press.

“We study the social media response. There’s a whole fleet of studies that are done in our normal racing season and we get lots of feedback on what are popular events, what are popular races, how fans are reacting to different incidents in the races and so on.

"They’ll be looking at this quite intensely to study what response we get and we can make a judgement.”

Brawn admits that more fans may be interested in the first ever sprint race to see how it pans out and is aware if retaining that fan engagement at Monza where the second event event will take place.

“What we’ve got to do is make sure that engagement we get from the first event, we carry on and we build on the subsequent event," added Brawn.

"“So there will be a lot of work behind the scenes to analyse how this works and then also how we build a commercial model that helps.

Brawn, who previously said there could be six sprint races in 2022, confirmed that the sprint race regulations would have to be approved for use next season if F1 decides to continue with the new format.

“Next year we will need completely new agreements. There’s nothing in place at all for next year and it will have to go through the same governance procedure that happened this year," Brawn concluded.