Horner not ruling out Red Bull return for Gasly

Although Pierre Gasly will once again partner Yuki Tsunoda at AlphaTauri in 2022, Christian Horner says the Frenchman remains part of the Red Bull family. 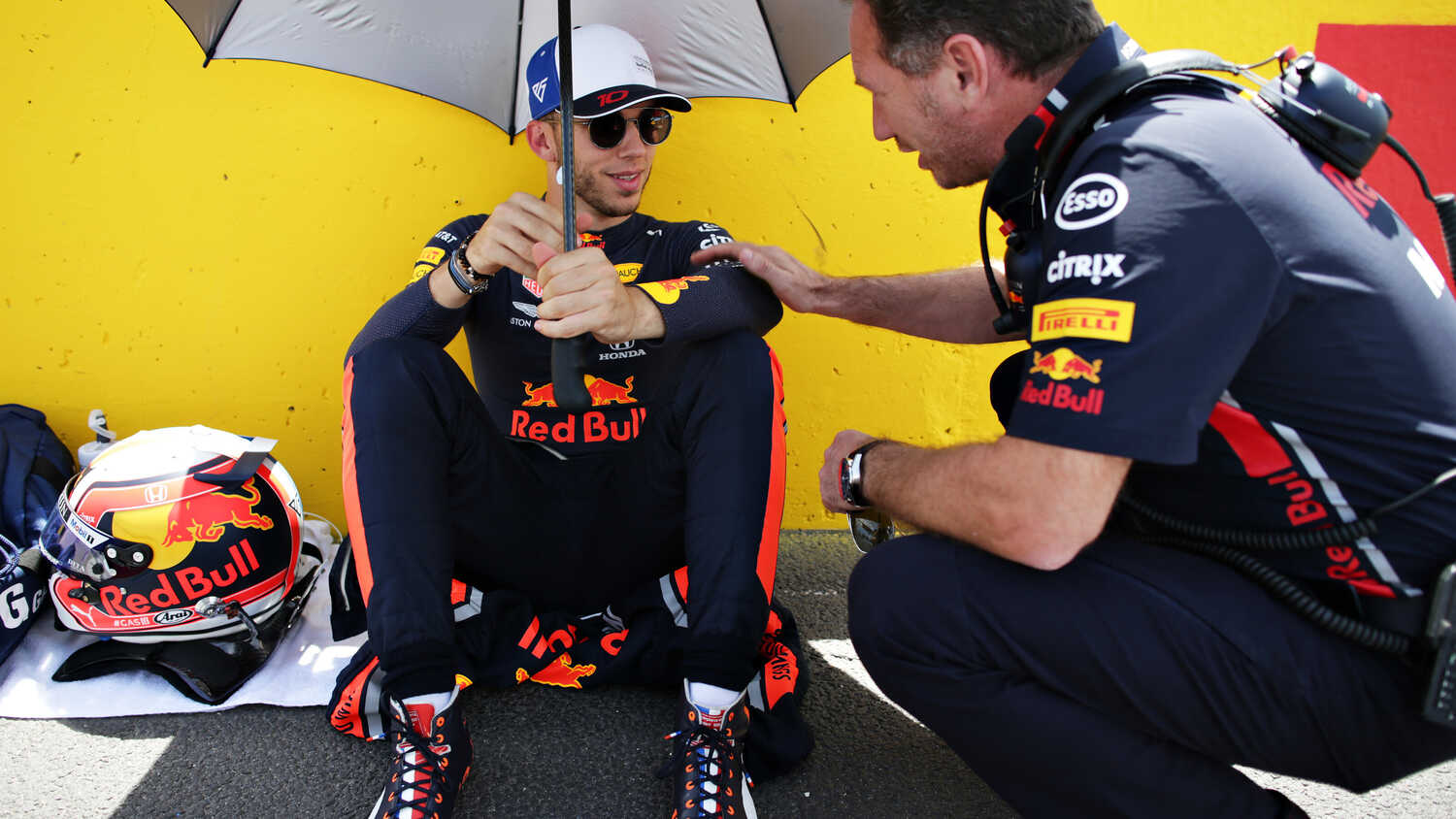 Pierre Gasly's performances for AlphaTauri weren't enough to earn him a recall to Red Bull for 2022, however Christian Horner won't rule out a possible return for the Frenchman in the future.

Gasly was demoted by Red Bull after performing poorly relative to Max Verstappen over 12 races in the 2019 season, but he's turned things around since then. The 25-year-old won his first F1 race at Monza last season and he's carried that strong form into 2021, finishing 10 of the 14 races so far in the points.

Those performances set off speculation that Red Bull could bring Gasly back into the fold next season, but the team opted to give Sergio Perez a contract extension.

When asked if Gasly, who will once again partner Yuki Tsunoda at AlphaTauri in 2022, could return to Red Bull in the future, Horner insists all options remain on the table.

"For 2023, we have multiple options available to us, so when you're in the situation that we are, that's exactly what we want.

"Gasly has done a phenomenal job with AlphaTauri the last couple of seasons, and their aspirations continue to grow, so for him to retain the lead drive there is good.

"He remains a Red Bull Racing driver on loan to AlphaTauri."

Red Bull have various driver options available to them moving forward. The team hold an option to bring Alexander Albon, who will return to F1 with Williams next season, back to Red Bull or AlphaTauri in 2023.

Horner also pointed out that the Red Bull Junior Team has several drivers making their way up the ranks as well.

"We have this group of young talent coming through," Horner added. "We have Liam Lawson and Juri Vips in F2, we have got Dennis Hauger leading the way in F3 and an exciting young American, Jak Crawford.

"So there is strength and depth in the junior programme."