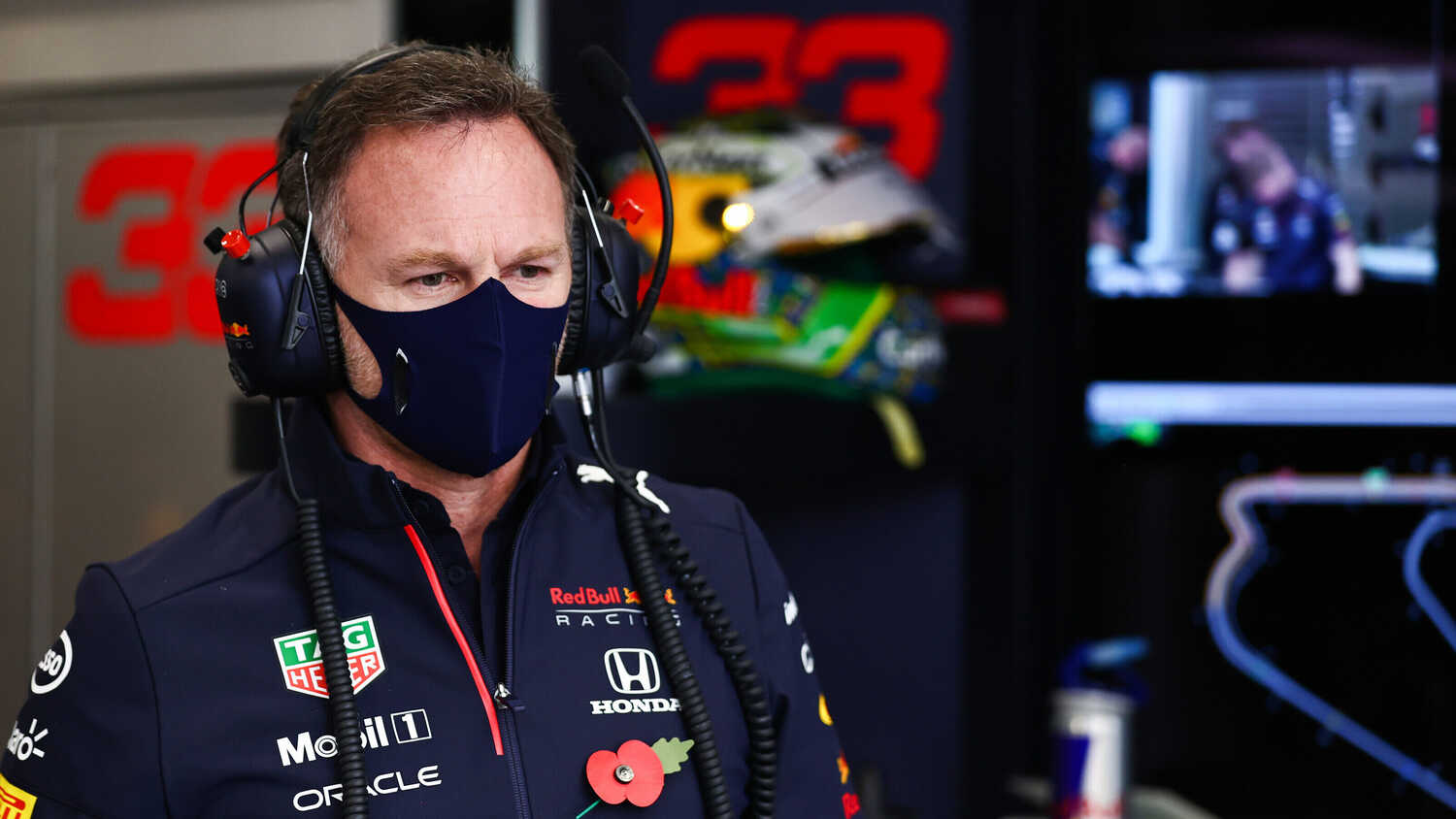 Christian Horner believes that Formula 1 would have set a "dangerous precedent" by punishing Max Verstappen for his staunch defence against Lewis Hamilton in the Brazilian Grand Prix.

With the stewards at Interlagos deciding against an investigation, the emergence of Verstappen's forward-facing onboard camera footage triggered a request for a right of review from Mercedes. After lengthy deliberations, the stewards opted against granting the request.

Horner reckons, had the stewards gone back and punished Verstappen, it would have set a dangerous precedent due to the nature of how other footage and camera angles can be uncovered after the stewards have already made a ruling.

"That's the danger for the FIA with this," Horner explained to media, including RacingNews365.com, just ahead of the stewards' verdict being announced.

"That if they do go down this route, then every single incident from now on will be questioned. There'll be evidence from iPhones or spectators' phones. There'll always be something that can be deemed as new or relevant or significant, and I think that the stewards made their call.

"It wasn't even referred to on their listing after the event. It was a non-issue. It was two drivers racing hard, both in truth went in deep, went in late, [and] both went off the circuit.

"We saw many incidents at Turn 4 throughout that weekend in both the race and on Saturday."

Referring back to incidents in Turkey (Perez and Hamilton) and Italy (Verstappen and Hamilton), Horner said a clear line in the sand had to be drawn.

"Where do you draw that line?" he commented.

"The competitors are going to push every angle that they can, but I really don't see the relevance of it and I think it does set a dangerous precedent if this incidence, on this occasion, is reopened."

With the stewards opting not to reopen the investigation into Verstappen's defence against Hamilton, Horner welcomed the ruling as being "the right decision".

"It would have opened Pandora's box regarding a whole bunch of other incidents that happened in that race," he said.

"I think the most important thing now is to focus on this Grand Prix. It's great to be here in Qatar. I think it's going to be a good circuit and we want a good, clean, fair fight, not just here but in Jeddah and in Abu Dhabi."