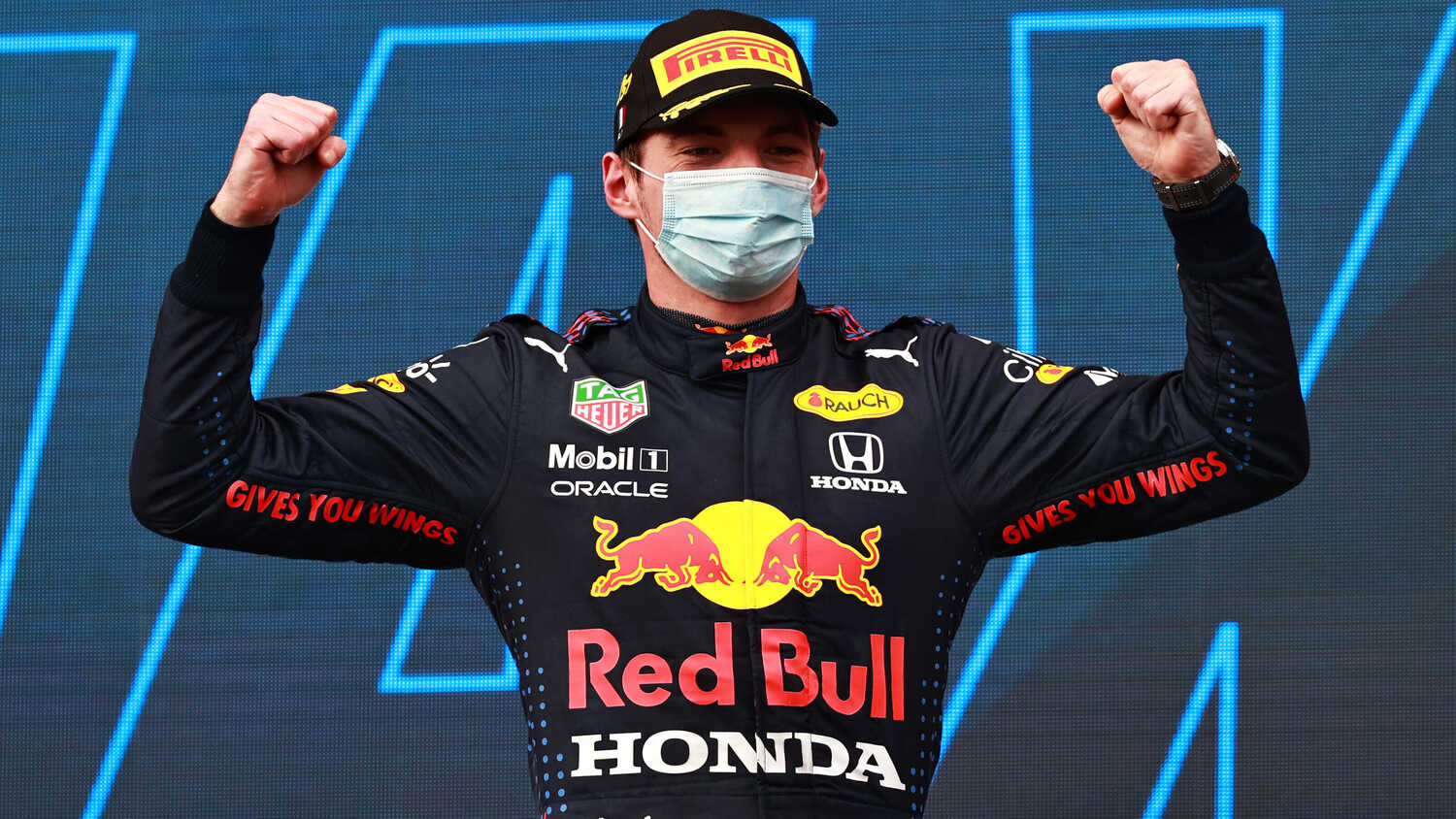 Christian Horner has praised Max Verstappen's handling of the tricky conditions at the Emilia Romagna Grand Prix, with the Dutchman narrowly avoiding a restart error on his way to victory.

Verstappen had a bit of a wobble when the race resumed following a red flag due to an incident between Valtteri Bottas and George Russell, but the Red Bull driver managed to stay in control for the rest of the Grand Prix and took his first win of the 2021 F1 season in tricky weather conditions.

"That's what you call a tank slapper," Horner joked to Sky Sports F1 about Verstappen's near miss. "[It was a] great performance by Max today.

"Difficult conditions for everybody. Other than that little wobble there, that was the only mistake he made all afternoon so thoroughly deserved that victory."

Red Bull were given a good opportunity to take points from Mercedes in what was not the easiest of afternoons for the Silver Arrows. Hamilton recovered to second place after earlier sliding off track and damaging his front wing. Meanwhile Bottas suffered a DNF due to his crash with Russell.

But with Verstappen's teammate Sergio Perez enduring a difficult race - during which he spun off, took a penalty and eventually finished down in 12th place - the Milton Keynes-based squad were unable to benefit as much as they could have.

"It was tough for [Perez]," Horner said. "He had such a good Saturday, the race just didn't go his way this afternoon.

"A couple of little mistakes, particularly the spin behind the Ferrari. Tough for him because we should have taken a lot more points out of Mercedes today, but he had good pace in the race and there's still a long long way to go."

Horner remains wary of the challenge posed by Mercedes in the coming races: "Their pace is very strong, and we're going to have to go some to really keep them under pressure."