Horner urges Perez to dig deep: We desperately need him in the battle

Christian Horner has called on Sergio Perez to join the battle at the front of the field at the final two races of the season, as Red Bull fight with Mercedes for title glory. 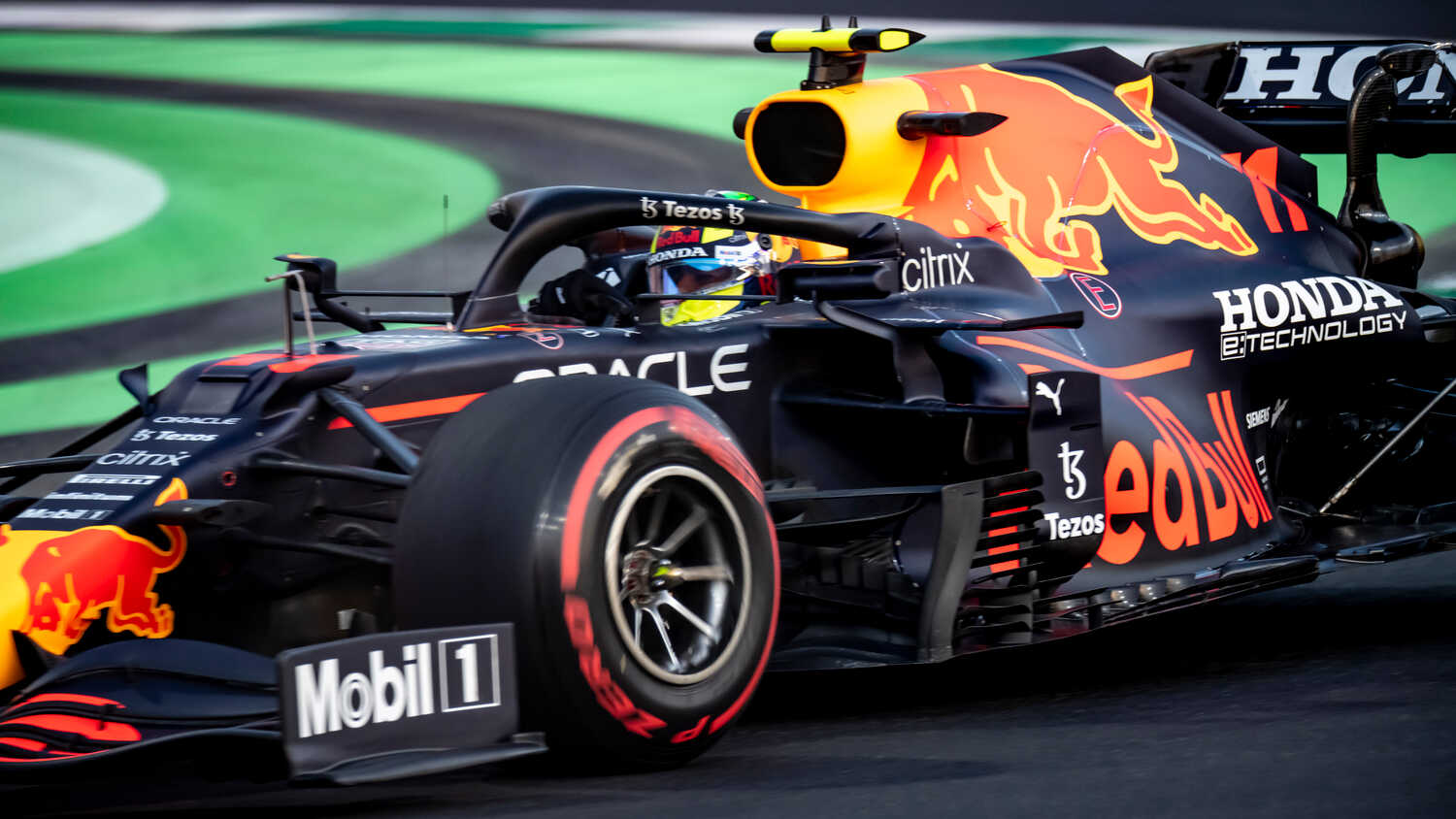 Red Bull team boss Christian Horner has backed Sergio Perez to be able to find pace and join in the fight at the front of the field in Saudi Arabia, after a slow start to the weekend for the Mexican driver.

Perez finished the day in ninth place in his Red Bull, seven-tenths of a second away from the pace set by Mercedes' Lewis Hamilton.

With both Mercedes drivers at the front, along with Perez's teammate, Max Verstappen, it's a less than ideal result for Red Bull as they attempt to overcome a five-point deficit to Mercedes in the Constructors' Championship, as well as trying to fend off Hamilton in the Drivers'.

"We desperately need him in the battle"

Horner has no doubt that Perez will rise to the occasion as the weekend progresses.

"We're just doing our best to support him as best we can," Horner told Sky Sports.

"He's found some form in the last few races, he's been qualifying well, racing well, and we need that.

"We desperately need him to be in that battle in these remaining two races because having two cars, as you've seen when we've had two in play, it gives you other options, and we want to make sure that we've got both cars in play, not just one of them."

"He knows not to take huge risks too early on a street circuit. I think that he's always gone well at circuits like Sochi, Azerbaijan and Monaco. I've got no doubt that he's building those foundations."

Perez himself didn't seem too downbeat at the end of the day, despite his relative lack of pace.

He said he enjoyed his day of pounding around the new circuit in Saudi Arabia, and highlighted traffic as being a particular issue to be wary of for qualifying.

"It's a really nice, fast and fluid circuit out there, a really enjoyable one," Perez commented.

"We saw what happened when everyone was on the Soft tyres at the end, so it can get very tricky, very messy, very quickly. So then, on the long run, we didn't have enough laps to get a run."

Asked whether his time of 1:29.768 represented his true pace, Perez confirmed he has a lot more in his pocket.

"No, no, I don't think so. I think there's plenty more to come tomorrow," he added.

"So, hopefully, we are able to find the right balance, the right pace, to be in contention tomorrow.

"It's going to be very, very tricky to get the perfect lap out there. But then I think, in the race, it's a long race ahead of us. Anything can happen, so we just have to stay there."