Why Horner thinks McLaren will challenge for more victories in 2021

Having secured victory in Italy and only just missed out on another in Russia, Christian Horner thinks McLaren could prove a threat at the remaining races. 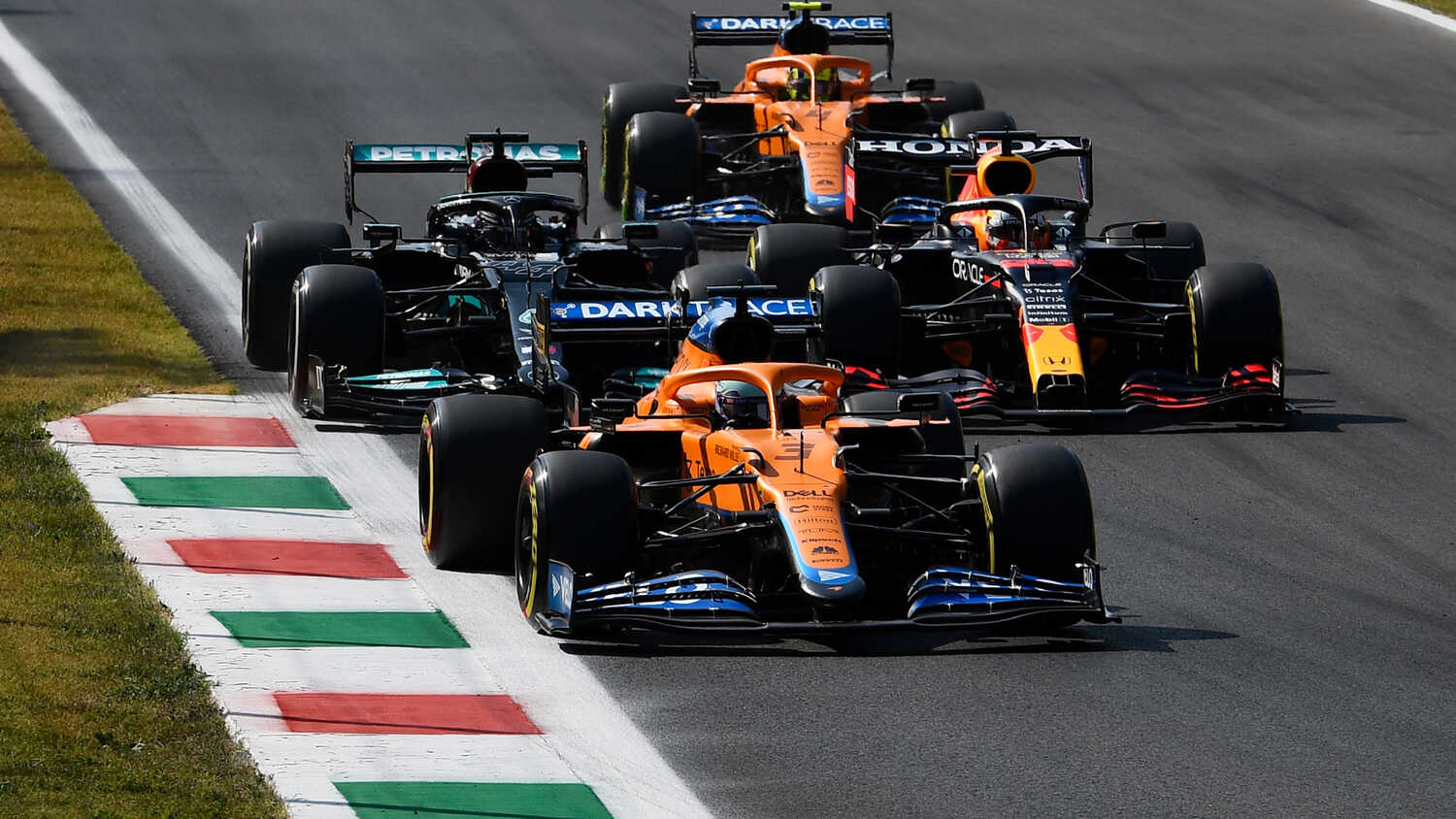 Red Bull Team Principal Christian Horner wouldn't be surprised if McLaren challenged for more victories between now and the end of the 2021 F1 season.

Daniel Ricciardo claimed McLaren's first win since 2012 by taking the chequered flag at the Italian Grand Prix, and the Woking-based outfit almost followed that up with another in Russia.

A late rain shower ultimately denied Lando Norris and McLaren, with the Briton forced to settle for P7 despite leading much of the race, and as a result, Horner thinks McLaren could challenge for victory at other circuits before the end of the season.

"I think they've obviously made great progress this year, certain circuits they seem to perform well at and others that are more challenging for them," Horner told Racer.com.

"Norris deserved to win the race [in Russia], but I'm sure there'll be some circuits between now and the end of the year that they'll fare well at."

As for the championship battle between Mercedes and Red Bull, Horner believes the Silver Arrows will be strong in Turkey, though he expects his team to be competitive once F1 heads to the Americas.

"I don't think there's any circuits that stand out as strongly as Russia and Monza, but for sure Mercedes will be strong," Horner added.

"They won in Turkey last year, they'll be strong there. But then we start going to Austin where we should be there or thereabouts. Brazil, Mexico we've always been strong.