Horner praises Perez: He sacrificed himself for Verstappen

Red Bull's Christian Horner praised Sergio Perez for his team spirit in qualifying at Monza, after the Mexican gave Max Verstappen a tow in order to help him qualify higher on the grid. 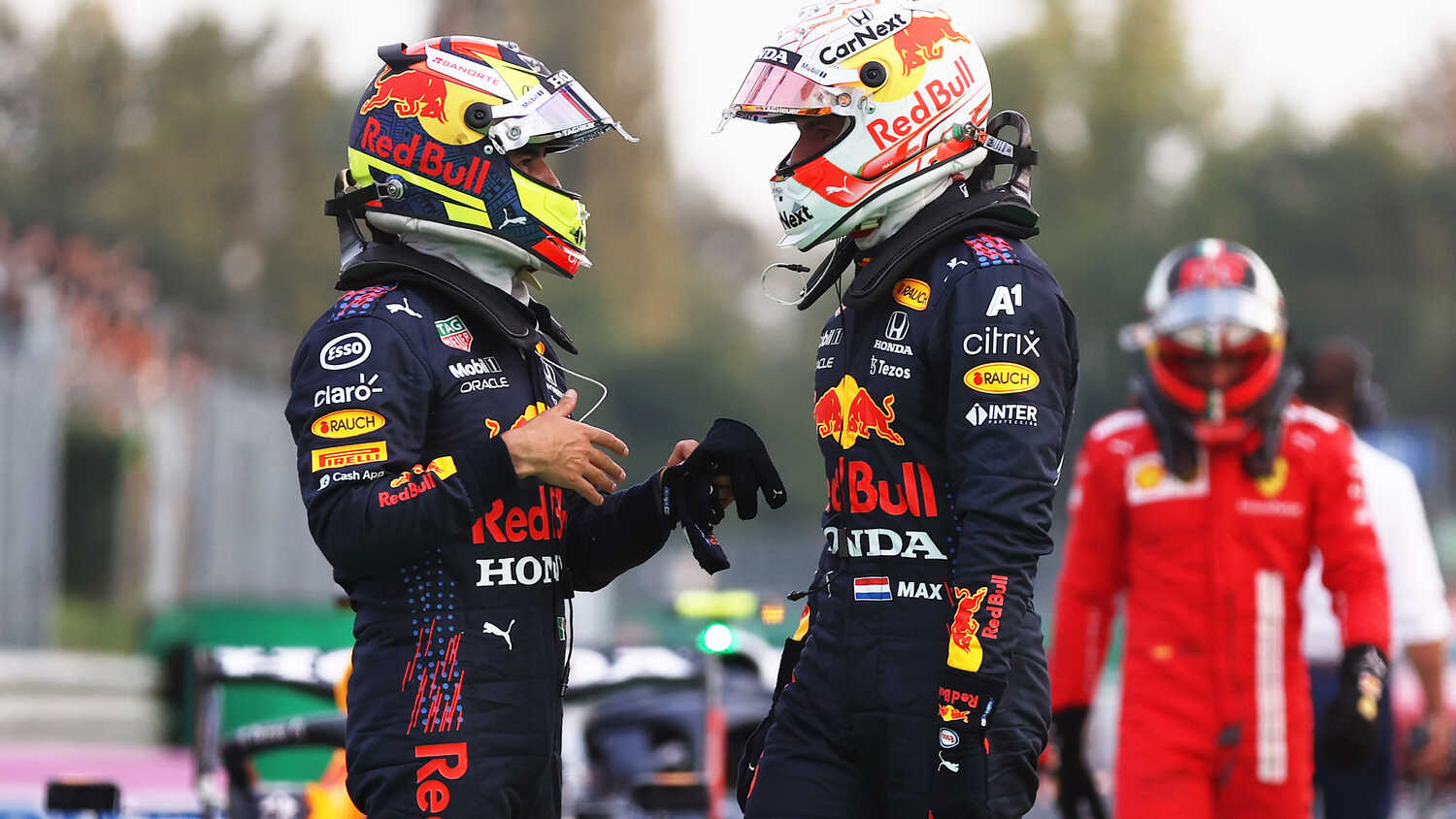 Perez went out on track ahead of Verstappen to punch a hole in the air and give his teammate a tow around the track.

Verstappen was able to put in a time that netted him third on the grid, less than half a tenth clear of McLaren's Lando Norris and Daniel Ricciardo – the tow proving critical to make sure he starts the Sprint Qualifying race ahead of the two papaya cars.

Horner said Perez's efforts had been noted, praising his newly re-signed driver for making that sacrifice.

"I have to say Checo [Perez] played a key, key role as a team player today, to give his teammate a tow and help Max get into that position. I think we were vulnerable to McLaren.

"Checo probably sacrificed half a second. He should have been higher than he is, but we're pretty happy with that result."

Monza is not a typically strong track for Red Bull, given their usual power deficit to Mercedes, but Horner said that the shortfall isn't as significant this year: "To be honest, I think based on what the deficit was last year, we pretty much have halved that gap."

Horner added that the start of the Sprint Qualifying race will prove critical, as he reckons Verstappen is lining up on the optimal side of the grid.

"What's interesting is the run down to Turn 1, so Max is on the right side of the grid," he said.

"He'll hopefully pick up a tow on the run to Turn 1, so it puts even more emphasis [on that], I'm sure. Lewis would probably [have] preferred to be on the left than the right, so it's going to make it a very exciting Sprint."