Red Bull weren't able to make it back-to-back poles to start the 2021 F1 season with Lewis Hamilton taking top spot on Saturday. However with Sergio Perez and Max Verstappen starting second and third, Christian Horner believes the team are in a good position to take the fight to Mercedes. 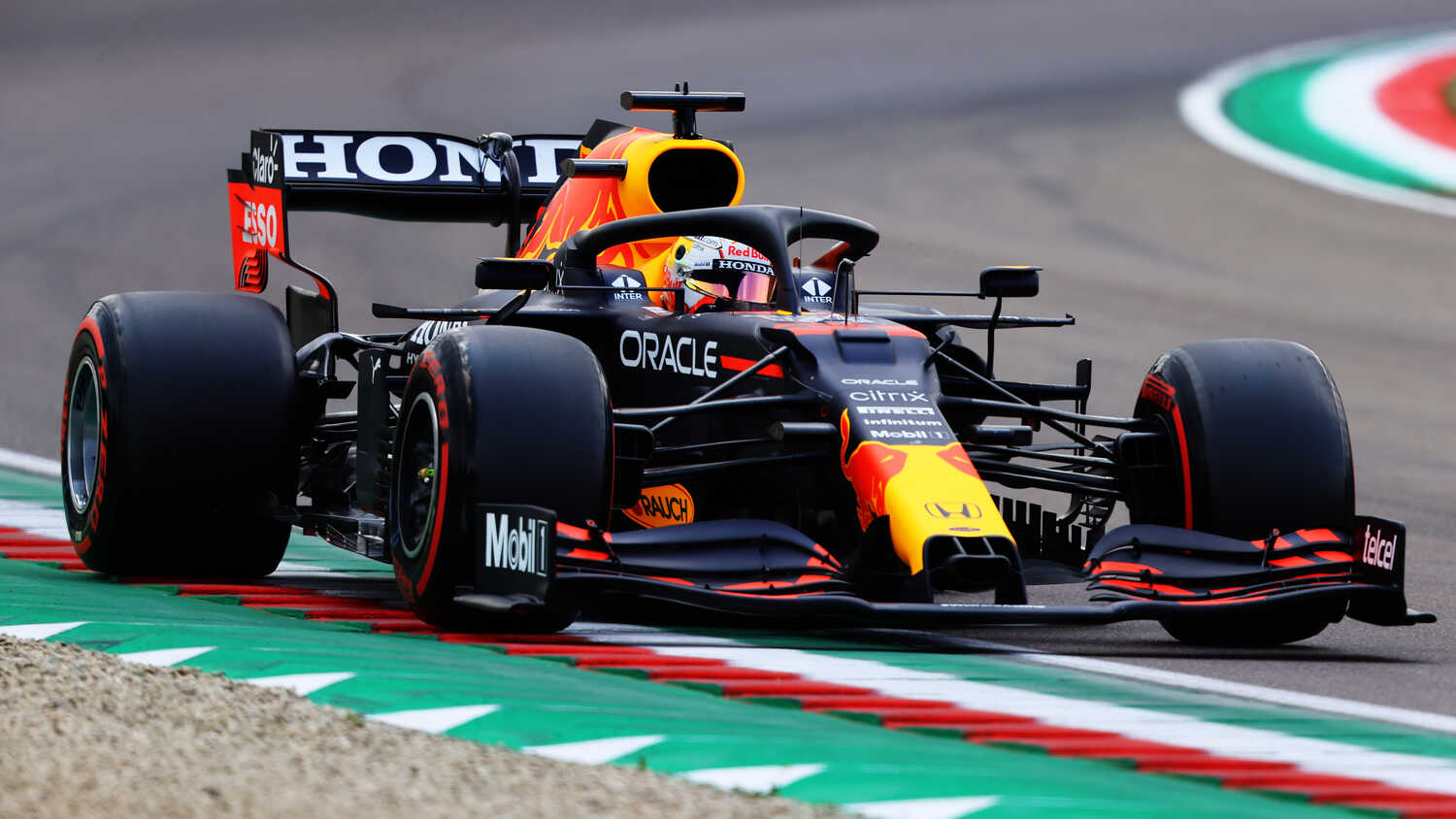 Christian Horner is looking forward to an exciting Emilia Romagna Grand Prix after Red Bull claimed second and third in qualifying on Saturday.

Sergio Perez will start beside pole sitter Lewis Hamilton after a career-best qualifying result, with Max Verstappen forced to settle for third after a mistake on his final lap. Despite the setback, which Horner called 'uncharacteristic' for the Dutchman, the Red Bull team boss was delighted with the result after noted struggles in Italy last season.

“It was a great team performance today with our best qualifying result in Italy since 2013," Horner stated via a Red Bull press release. "Sergio did a fantastic job in just his second qualifying session for us and it was a shame for Max who made an uncharacteristic mistake at Turn 3 on his final run in Q3.

"It’s incredibly satisfying to see both drivers up there and in with a shot at pole, especially in a nail-biting session where the top three were separated by less than a tenth. Sergio is really finding his feet and today marks his best F1 starting grid position. With minimal seat time he’s doing a great job and settling into the Team very well.

Valtteri Bottas qualified eighth in the second Mercedes, meaning Red Bull have options when it comes to their race strategy as they look to take the fight to Hamilton.

"We’re in a good position and with both drivers on alternative strategies, we’ve got a few options which we’ll work on this evening to bring home the best possible result tomorrow," Horner added. "It should make for an exciting Grand Prix."