Horner frustrated over Hamilton's engine: You can't defend against it

Christian Horner has made further comments about Mercedes and Lewis Hamilton's "dominant" straight-line speed advantage over Honda-powered Red Bull, which he fears could play a key role in Abu Dhabi. 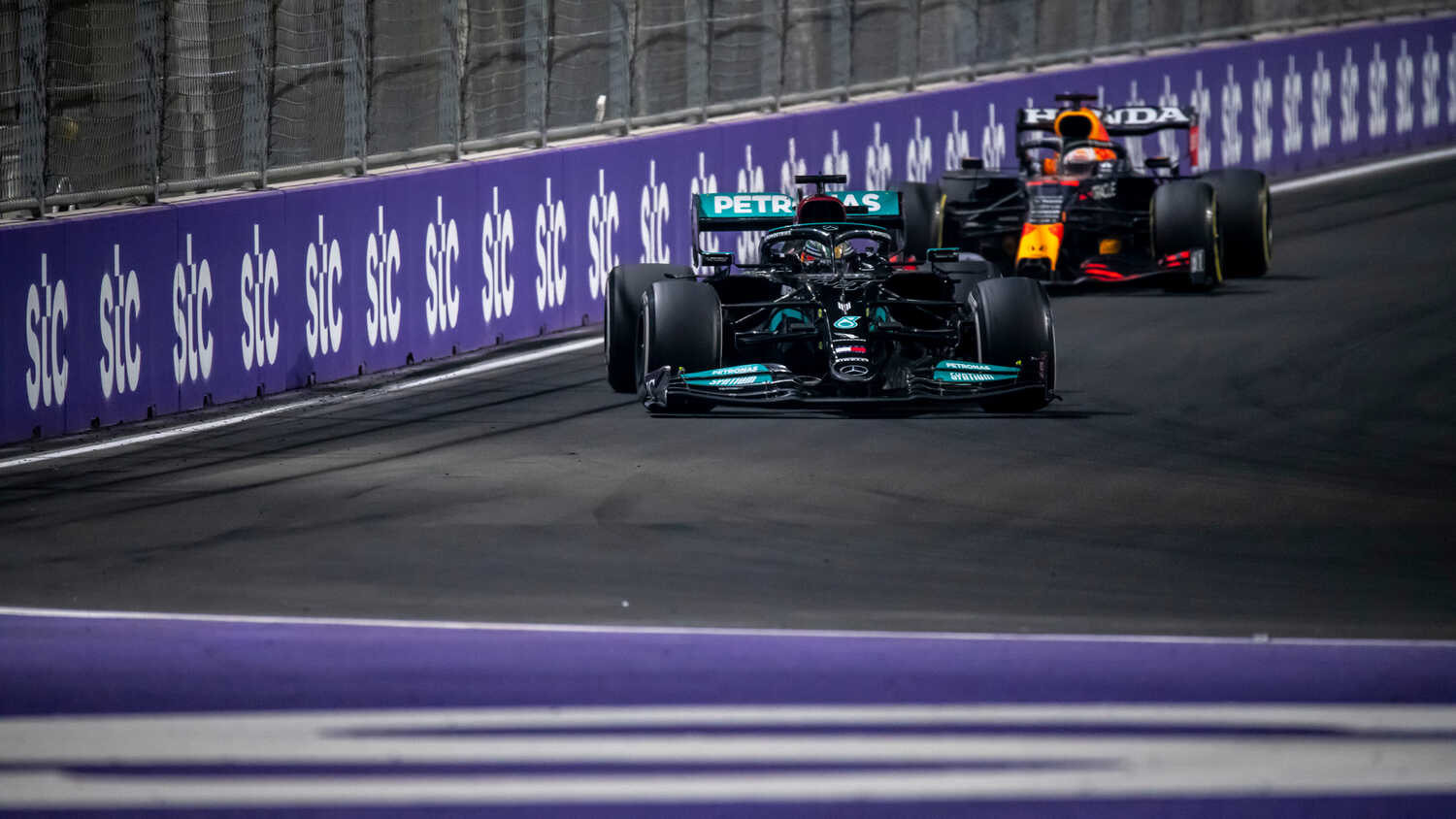 Red Bull team boss Christian Horner is concerned about how the Abu Dhabi Grand Prix weekend will unfold due to the straight-line speed displayed by Lewis Hamilton and Mercedes in Saudi Arabia.

Formula 1 now moves on to Abu Dhabi, with the title contenders level on points, but the Yas Marina Circuit has been opened up to increase speeds and lower lap times, which leaves Horner feeling nervous.

"You can't defend against that"

Previewing the Abu Dhabi GP on the F1 Nation podcast, Horner said: "They've changed the layout and unfortunately the engine speed that Hamilton has, it's… he was a second quicker [in the race at Jeddah], a second quicker in Sectors 2 and 3. Max would pull out half a second by Turn 13...

"You know, you can't defend against that. It's the most frustrating thing for a driver to be sitting with that kind of deficit.

"That's what I think has been really frustrating, the last three or four races we have just been watching that dominant straight-line performance, which you can't do anything about."

"Max deserves to win the title"

Despite his concerns, Horner insisted that the battle "is not over yet", with Verstappen holding a victory countback advantage over Hamilton.

In Horner's mind, Verstappen fully deserves to win what would be a maiden F1 world title, and in the process prevent Hamilton from claiming a record-breaking eighth crown.

"Max is a fighter and if there's a driver that deserves to win this World Championship, it's Max Verstappen, because Mercedes have had the better car," added Horner.

"He has driven outstandingly. Look how close Valtteri [Bottas] has been to Lewis this year. Max has been head and shoulders, for me, the driver of the year.

"He would be very deserving, you know, to win this championship. The way he's driven this year, the way he's conducted himself, I think has been outstanding."